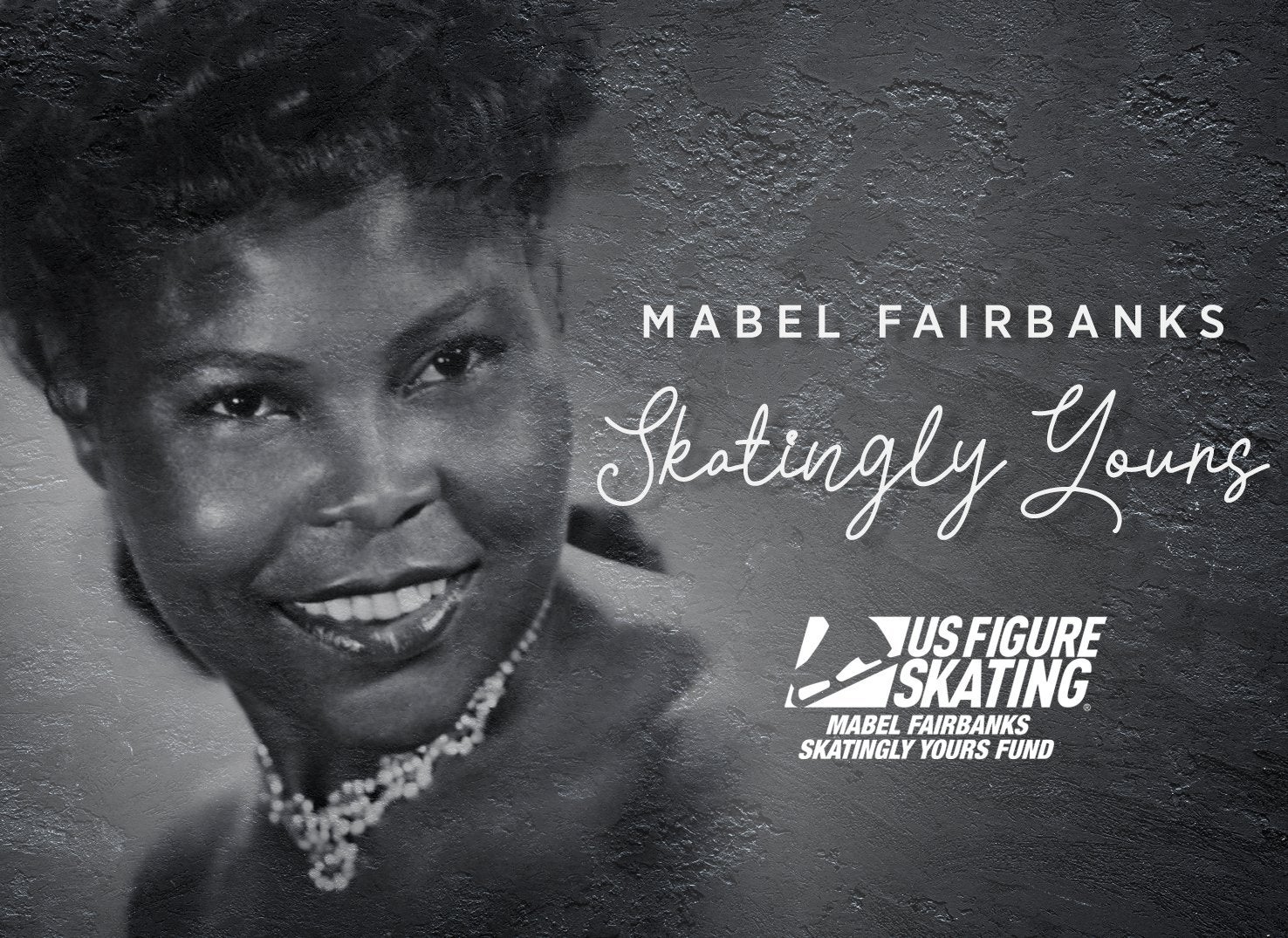 U.S. Figure Skating announced tonight the establishment of the Mabel Fairbanks Skatingly Yours Fund, which will support the training and development of promising figure skaters who are Black, Indigenous and People of Color (BIPOC).

Team USA’s Starr Andrews, who placed sixth at the 2020 Toyota U.S. Figure Skating Championships, has been selected as the inaugural recipient of the Fund’s top award of $25,000. This year, U.S. Figure Skating corporate partner Guaranteed Rate has matched the award (for a total of $50,000) as part of its commitment to identify opportunities to enhance U.S. Figure Skating’s Diversity, Equity and Inclusion (DEI) initiatives. Two additional awards, $10,000 (up-and-coming athlete) and $5,000 (developmental athlete), will be announced at a later date.

The Fund, which will be announced annually at the U.S. Figure Skating Championships®, was made possible through a generous lead gift by the Lisa McGraw Figure Skating Foundation. The Fund’s purpose is to help BIPOC athletes in figure skating disciplines realize and achieve their maximum athletic potential, focusing on athletes who demonstrate and emphasize the attributes of good sportsmanship, commitment, perseverance and determination in striving to be their very best in the sport and in their off-ice pursuits. A selection committee comprised of members of the Mabel Fairbanks Disciples group, Lisa McGraw Figure Skating Foundation and U.S. Figure Skating’s Diversity, Equity and Inclusion Task Force will annually consider a pool of applicants and nominees.

“Mabel Fairbanks’ legacy of inclusiveness continues to be a lesson to us all,” U.S. Figure Skating President Anne Cammett said. “She helped lift and support a generation of Black, Latino, Indigenous and Asian American skaters whose contributions in the sport continue today. This Fund will continue her work while putting a much-needed spotlight on our athletes of color.”

In addition to being the Fund’s inaugural recipient, Andrews recently signed an ambassador agreement with Guaranteed Rate and will be featured in its “Believe You Will” campaign, which showcases inspirational stories of incredible athletes and adventurers who believed they could overcome challenges to accomplish their ultimate goals.

“Words cannot describe how thankful I am to be the first recipient of the Mabel Fairbanks Skatingly Yours Fund,” said Andrews of the Los Angeles Figure Skating Club. “She paved the way and made opportunities for all people by creating an environment in which we are all equal. Her love for skating transcends to the person I am today. I am also excited to represent my community of BIPOC figure skaters in the Guaranteed Rate “Believe You Will” campaign. Thank you to the Fund’s selection committee, U.S. Figure Skating, and Guarantee Rate for making this possible.”

“Our foundation has long supported figure skaters of color, but we thought it was even more important in these times to seize the moment to highlight this cause and work with U.S. Figure Skating,” said Curtis McGraw Webster of the Lisa McGraw Figure Skating Foundation. “We believe this continued long-term commitment to skaters of color will develop and eventually produce future champions not only on the ice, but champions in life off the ice as well. I am excited to have Starr serve as an inspiration to all future BIPOC skaters, as well as to all of us.”

The Mabel Fairbank Skatingly Yours Fund was inspired by the ideals and values of its namesake, Mabel Fairbanks, who signed autographs and correspondences with “Skatingly Yours.” Affectionately known as the “grand dame” of African American figure skating, Fairbanks became the first Black and Indigenous member of the U.S. Figure Skating Hall of Fame in 1997. Motivated by her passion for the sport, Fairbanks worked to shatter race barriers at a time when racial segregation was not only tolerated, but the law in many states. Although she was not allowed to compete, Fairbanks gained recognition through her own ice shows and events. She went on to become a renowned coach of figure skating greats such as Atoy Wilson (the first African American to qualify and later win a 1966 U.S. title) and the Olympic pairs team of Tai Babilonia and Randy Gardner (1979 World champions and five-time U.S. champions). Fairbanks passed away in 2001, leaving a bright legacy as a trailblazer for the BIPOC community.

“Mabel had a very clear vision when it came to the sport of figure skating,” Wilson said. “She worked tirelessly to help train minority skaters to compete at the highest ranks. I am eternally grateful for her guidance and know she would be very proud to have her name on a fund that supports minority skaters to be their best.”

Tonight’s announcement of the Mabel Fairbanks Skatingly Yours Fund during NBC’s primetime coverage of the 2021 Toyota U.S. Figure Skating Championships kicks off a yearlong campaign that encourages fans of the sport to honor Fairbanks through their own gifts to the Fund. Charitable gifts may be made through the U.S. Figure Skating website or at SkatinglyYoursFund.com.