The Mabel Fairbanks Skatingly Yours Fund financially assists and supports the training and development of promising Black, Indigenous and People of Color (BIPOC) figure skaters with the goal of helping them realize and achieve their maximum athletic potential. 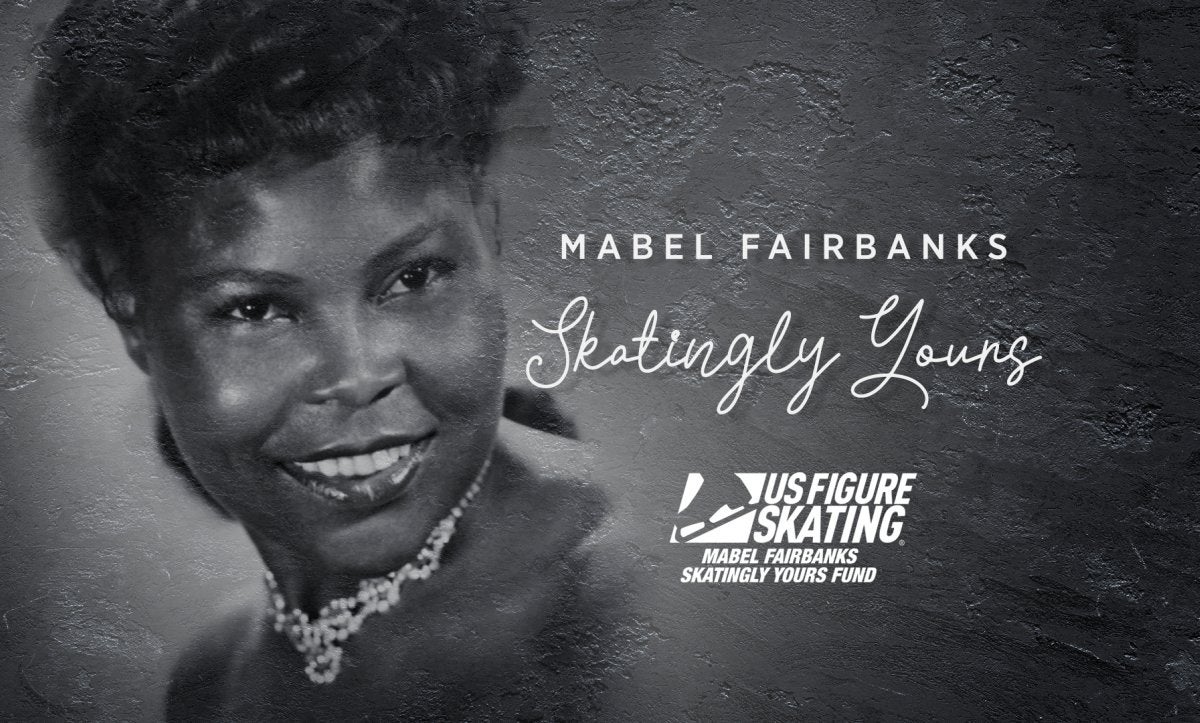 About the Mabel Fairbanks Skatingly Yours Fund

The Mabel Fairbanks Skatingly Yours Fund financially assists and supports the training and development of promising figure skaters who are Black, Indigenous and People of Color (BIPOC) with the goal of helping them realize and achieve their maximum athletic potential.

U.S. Figure Skating has kicked off a yearlong campaign that encourages fans of the sport to honor Fairbanks through their own gifts to the Fund.
Donate

Mabel Fairbanks was born in Jacksonville, Florida, in the early 1920s where her life was subjugated by adject poverty, bigotry and Jim Crow laws. In the early 1930s, Fairbanks and her brothers and sisters moved to New York City as more and more people started to migrate north.

There, at an early age, she was drawn to the sport of figure skating. During the cold winters of the city, she would curiously watch the twirling and gliding skaters from afar in Central Park. After seeing Sonja Henie’s movie One In A Million, she was determined to learn to skate. She took herself to the north end of Harlem with a pair of used, oversized skates, and started to teach herself to skate on small frozen ponds and rivulets.

In her continued desire to practice her skills on ice, she ventured out into the city to find a proper ice rink facility. Time after time she was denied entrance to skate at many of the city’s coveted rinks because of the color of her skin, however, she did not let that deter her.

The manager of the Gay Blades Ice Rink on West 52nd Street noted her persistence and finally let her in, but requested that she only skate during the last 30 minutes of the evening session. Her enthusiasm and dazzling spirit caught the eye of legendary coach and nine-time U.S. ladies champion Maribel Vinson Owen, who helped refine Fairbanks’ skating technique. Fairbanks’ tenacity was finally starting to shatter the race barrier in the city.

Because she was not allowed to compete due to race and bigotry of the city’s skating community, Owen encouraged her to create her own shows and events. Taking that suggestion to heart, Fairbanks soon began producing her own shows at the Gay Blades Ice Rink after closing hours, as well as shows in supper clubs, the Apollo Theatre, and other social venues in and around Harlem.

In the late 1940s Fairbanks left the east coast for California. She quickly gained fame and respect, becoming the coach of the children of Hollywood’s elite, including Dean Martin, Nat King Cole, Ozzie and Harriet’s Ricky Nelson and Otto Preminger. She also made guest appearances on the popular KTLA ”Frosty Frolics” TV show.

Fairbanks eventually broadened her training pool to fulfill her deep desire to coach young competitive skaters of all races, with her primary focus on helping nurture and support African American figure skaters. Some of those talented students include Atoy Wilson, Richard Ewell and Michelle McCladdie, Tai Babilonia and Randy Gardner, Bobby Beauchamp, Leslie Robinson, and many others. Along with inspiring, mentoring and knowing figure skating greats the likes of Peggy Fleming, Scott Hamilton, Kristi Yamaguchi, Rudy Galindo and Debi Thomas.

Her coaching style helped her students not only to become great champions, but also become upstanding individuals. Even though she never stood on a podium as a champion, Fairbanks took great pride and satisfaction in her students who did.

Mabel Fairbanks quietly passed away in September 2001 in Burbank, California, leaving a bright legacy as a trailblazer and the “Grand Dame” of African American figure skaters.

All donations made to U.S. Figure Skating are acknowledged if the donor would like recognition. Please share your giving intentions so we can acknowledge your generosity. We also respect wishes if you prefer to remain anonymous.