To celebrate U.S. Figure Skating’s centennial anniversary, we asked fans to share their favorite figure skating memories. This month, we wanted to know: What is your favorite skating trick or move? 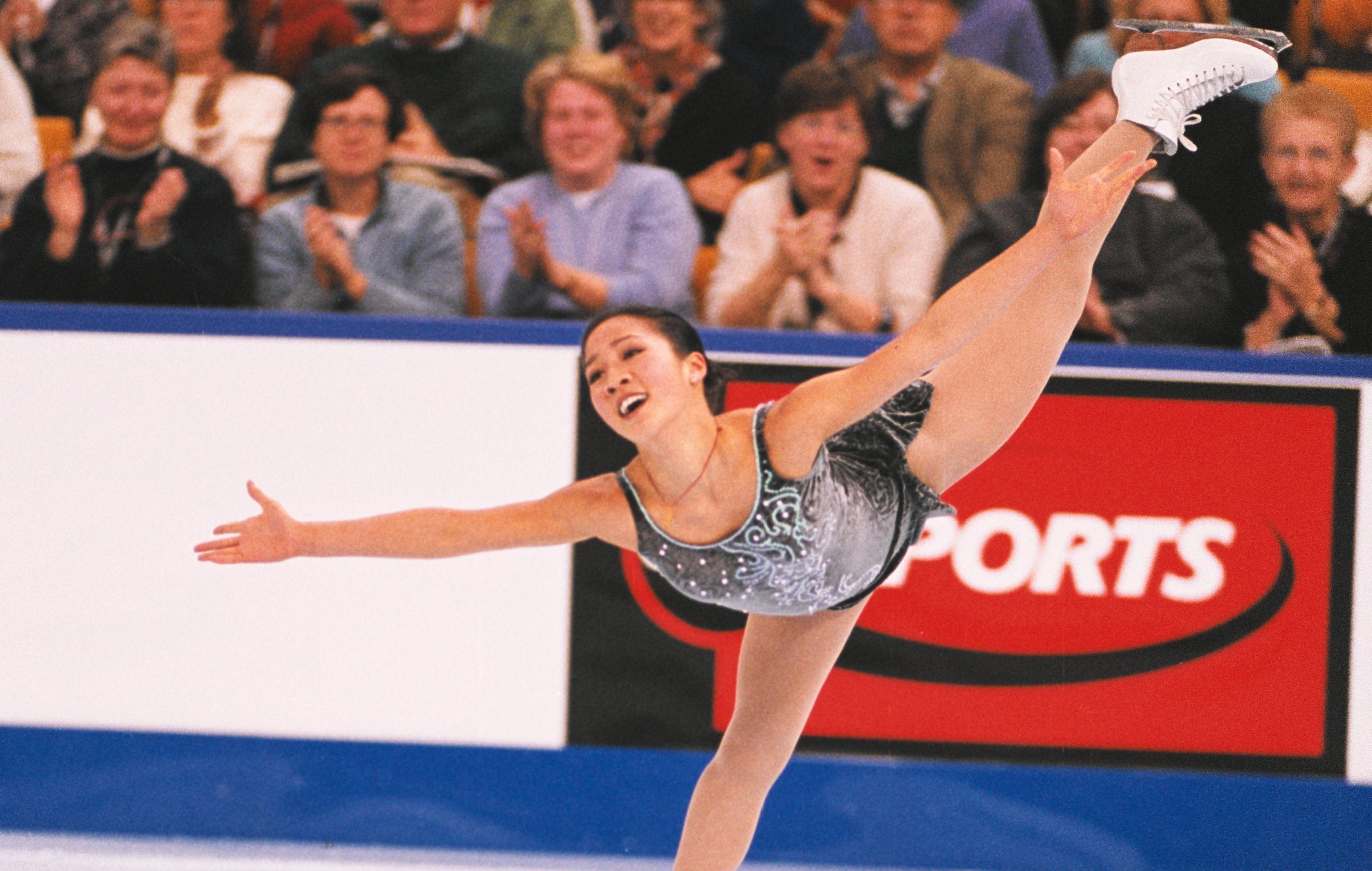 To celebrate U.S. Figure Skating’s centennial anniversary, we asked fans to share their favorite figure skating memories. This month, we wanted to know: What is your favorite skating trick or move?

There was a wide range of responses including a spread eagle, Russian split, spiral, kick flip, Ina Bauer, cantilever and more. All of these moves are commonly integrated into a program’s choreographic sequence, so we wanted to dive into this relatively new required element.

Initially introduced in 2013, the choreographic sequence consists of any kind of movements like steps, turns, spirals, any jumps with a maximum of two revolutions, spins, etc. While skaters are free to choose whichever elements they would like, their sequence must be visible to the judges.

Former figure skater and current coach and choreographer Derrick Delmore believes the purpose of the choreographic sequence is to showcase an athlete’s strengths.

“For each individual skater, they're supposed to take [the choreographic sequence] portion of their program and really use skating movements to match what the music is doing,” he explained. “It really showcases the skater’s musicality and also enhances and highlights the music that spectators and the judges and officials are listening to.”

One example of a successful choreographic sequence element is Michelle Kwan’s famous spirals. In the midst of a performance, she would extend one leg high above and, with the other remaining on the ice, glide in a seemingly effortless manner. The move always induced applause from the audience, but more importantly, added a layer of vibrancy to the program.

“Even though the choreographic sequence didn't exist at the time, she would always pick that spiral in one of those moments in the program where the music was building, where there was a crescendo,” Delmore said. “And it elicited a certain kind of emotion not only from the audience, but also from the skater.

“She would just come to life even more during that moment of the program. And that’s really what you want a choreographic sequence to do — you want it to really elicit emotion from those who are viewing it.”

In Delmore’s eyes, the choreographic sequence is the successor to two earlier sequences. The step sequence was “a series of steps and turns” formerly required for the men’s free skate, while ladies and pairs had to integrate the spiral sequence, or “a series of spiral moves performed together,” into their routines.

“It definitely has evolved over time,” he said of the choreographic sequence. “Before, [the rulebook] said that the pattern had to fully utilize the ice, but now it just says that the pattern must be clearly visible.

“So… I think they're easing up on the restrictions of the choreographic sequence so that the skaters can really make it their own.”

When approaching the choreographic sequence with one of his own skaters, Delmore first looks for “showstoppers” — moves that will leave the judges in awe. He then creates a list of those elements and goes about determining how to incorporate them into the program. He must figure out which direction the skaters will turn, how best to acknowledge the judges and where in the program the sequence should occur. A skater’s fatigue and energy level are key factors in deciding when the choreographic sequence takes place.

“Ideally, we're all trying to go for that plus five scores for the judges, so I ask myself, ‘What is the best place and what are the best elements to incorporate in this choreographic sequence in order for the skaters to end up with the best outcome?’” Delmore explained.

Not only is the choreographic sequence an opportunity for the skater to enhance the overall message of the program, but it also provides a chance to be creative.

“I've seen some great creativity, some great originality, and some skaters have invented and created their own moves, which has been really, really neat to see,” Delmore said. “I'm sure that that originality and creativity will continue for years to come.”