In honor of U.S. Figure Skating’s Centennial Celebration, we will be kicking off each month by asking our fans to share their skating memories on social media. At the beginning of January, we posed possibly the toughest question of them all: who is your favorite skater of all time? 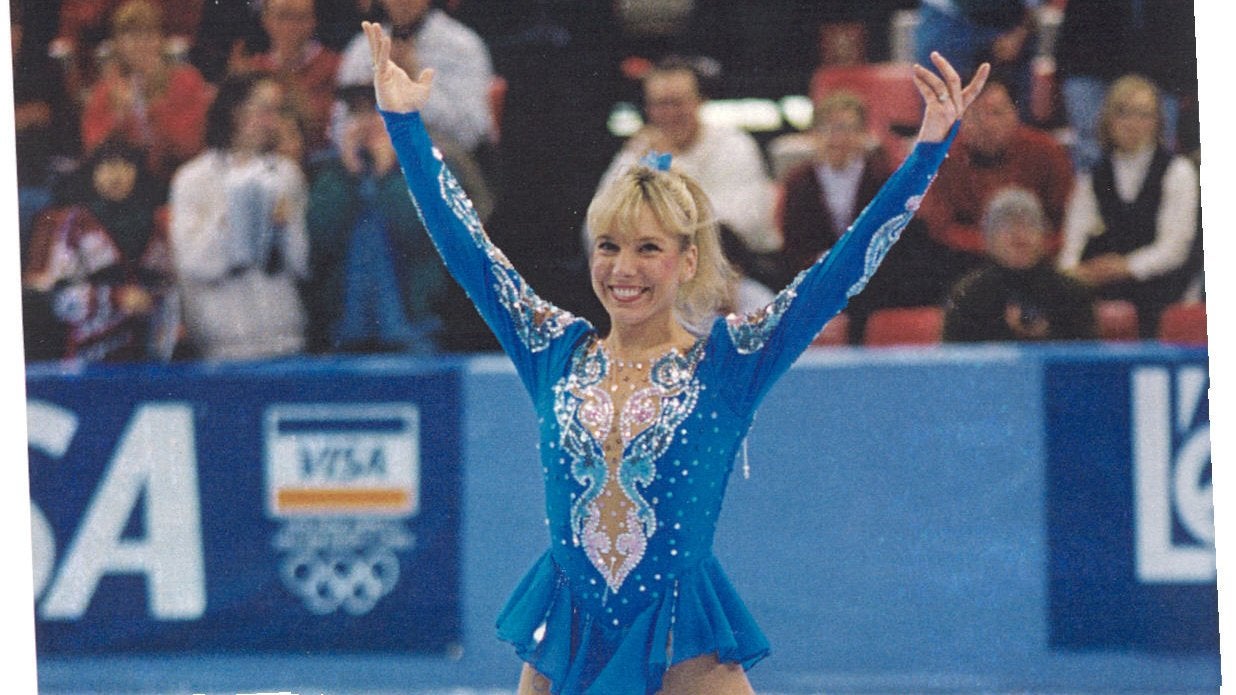 In honor of U.S. Figure Skating’s Centennial Celebration, we will be kicking off each month by asking our fans to share their skating memories on social media. At the beginning of January, we posed possibly the toughest question of them all: who is your favorite skater of all time?

The response was remarkable.

We received 1,898 comments on Facebook, Instagram and Twitter of fans sharing their skating idols. Across the board, Michelle Kwan and Peggy Fleming were the overwhelming favorites and with good reason.

Fleming’s gold medal in the 1968 Olympics was the only gold won by the United States. She is also a three-time World champion, five-time U.S. champion and served as a skating commentator for over 20 years. Kwan, a Torrance, California, native, is a five-time World champion, nine-time U.S. champion, and two-time Olympic medalist. She remains the most decorated figure skater in U.S. history.

Who is your favorite skater of all-time ⁉️

Here’s a deeper look at four skaters you might not know as much about.

One word sums up Janet Lynn’s career on the ice.

The Chicago native was known for her elegance in the rink. Though figure skating has since transitioned to a hybrid of athleticism and artistry, Lynn’s routines were smooth and fluid. Figure skating is a sport, but Lynn served as a reminder that it is also an art.

Like most skaters, Lynn first stepped into the rink as a little girl. She was 2 years old the first time she set a blade against ice. Little did she know how much the choice would affect her life.

Her third-place finish at the 1968 U.S. Championships was the first of many accolades. She brought home five consecutive U.S. titles as well as the silver medal at the 1973 World Championships.

However, she is best known for a medal of a different color.

In 1972, Lynn traveled to Sapporo, Japan, for the Olympic Winter Games. Her performance was stellar; many expected her to bring home the gold.

Then, she stumbled during the free skate.

The fall did more than push her from gold to bronze— it altered the sport. As a result of Lynn’s stumble, judges changed their scoring rubric to place less weight on the meticulous ice tracings that had caused her to lose her footing.

Lynn eventually stepped away from skating to focus on her family. She will always be remembered as one of the best skaters of all time.

What’s the difference between an Olympian and someone who hasn’t competed in the Games?

To Debi Thomas, the answer is simple: An Olympian is willing to do what other people aren’t.

The Poughkeepsie, New York, native would know. She trained for the 1988 Olympic Winter Games while simultaneously earning a medical degree from Stanford University.

Thomas’ story on the ice began long before the Olympic Games in Calgary, Canada. She first stepped into a skating rink at age 5, and seven years later was training with Alex McGowan, who would coach her all the way through college.

During her freshman year at Stanford, she became the first African American to win a U.S. title and a World title in 1986. Two years later she headed to Canada to represent the United States on the Olympic stage.

Song choice led to an Olympic rivalry as both Thomas and East German figure skater Katarina Witt performed their long program to Georges Bizet’s opera “Carmen.” While a stumble during the routine cost Thomas the gold, her bronze was the first Olympic Winter medal won by any African American athlete.

Charles Tickner may have placed first in four U.S. Championships, but he wasn’t always so adept at figure skating.

The first time he stepped into a rink, he hit his head a few times. Never mind trying to land single loops and Axels— he was merely trying to stay upright.

Unlike most skaters, Tickner did not start skating professionally until age 18. But starting late didn’t prohibit success: He went on to win four U.S. titles and was the World champion in 1978, despite not placing first in any area of the competition.

Tickner made the Olympic Team in 1980, traveling to Lake Placid, New York, to represent the United States. He was one of the older members on the team at age 26 and secured the bronze medal in the men’s event.

Following the Olympics, Tickner went on tour with the Ice Capades. He now coaches private lessons in his home state of California.

When Elaine Zayak first stepped into an ice skating rink at the age of 3, she was not trying to win competitions.

She was trying to rehab a foot injury. After a lawn mower accident took three of her toes, she turned to skating for physical therapy. Hopefully, time on the ice would help her rebuild strength and range of motion.

By the time she reached age 6, she no longer skated to regain strength. Instead, she wanted to be a champion.

Her secret to success?

Zayak was one of the first females to consistently perform triples in her routines. In fact, she used them so much that in 1982, the International Skating Union enacted what became known as “the Zayak rule.” Under the rule, skaters were limited in the number of times they could perform a certain type of jump in a routine.

A fourth-place finish at the 1994 U.S. Championships helped her secure an alternate spot for the Olympic Winter Games that year. Zayak was later inducted into the U.S. Figure Skating Hall of Fame, and she now coaches the sport in Hackensack, New Jersey.

Who is your favorite skater of all-time ⁉⁠ ⛸: https://usfigu.re/100Years #CentennialCelebration

Coming up next: What is your favorite #WeGetUp moment?

Don’t miss your chance to share your favorite Get Up moment on social media next week. Keep an eye out for our post! At the end of each month, we will dive deeper into a few responses on the Fan Zone and give a run down of the top answers. Make sure to use #USFigureSkating100!