U.S. Figure Skating announced today the women who will compete at the Olympic Winter Games Beijing 2022 as part of the U.S. Olympic Figure Skating Team. 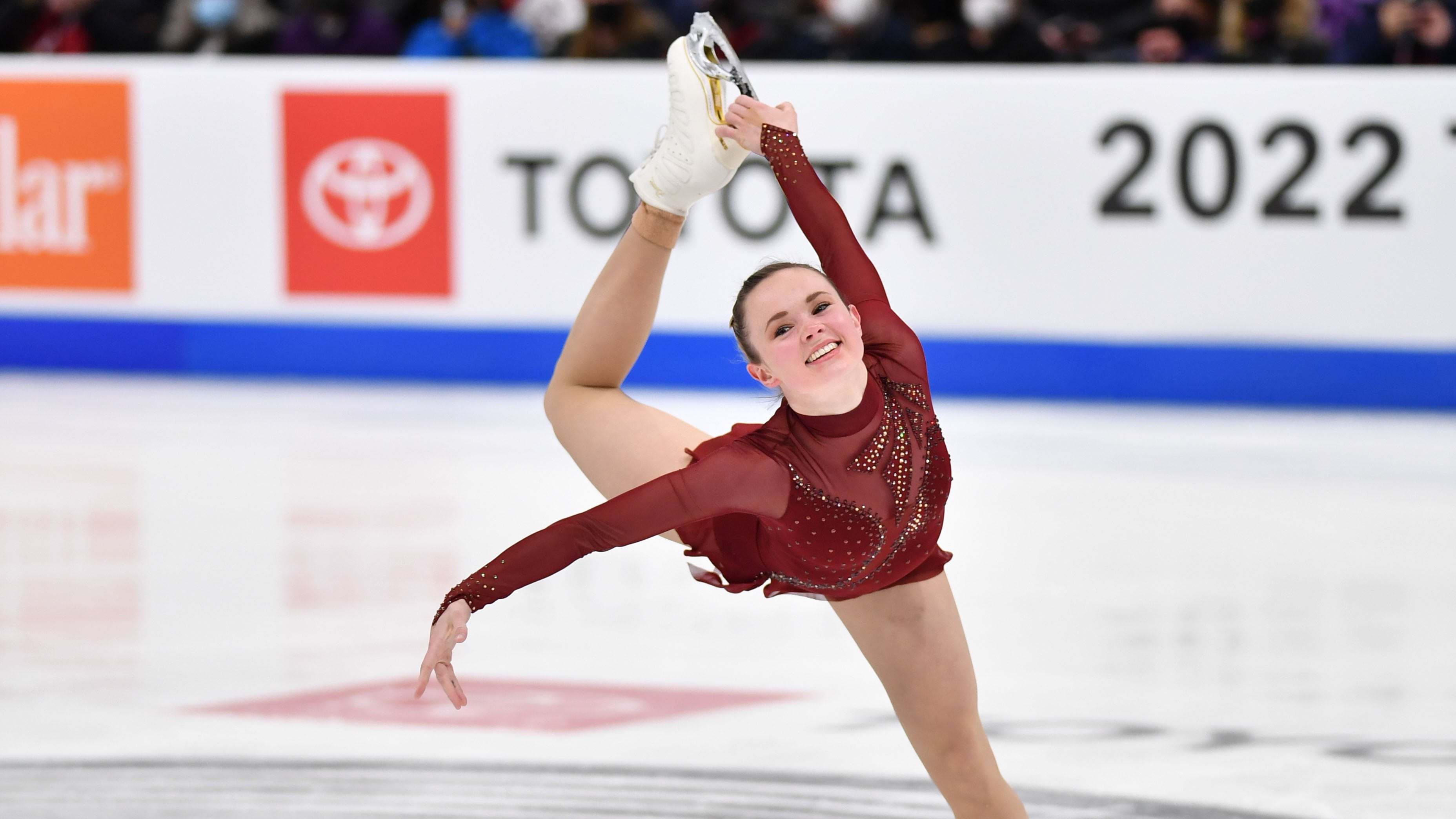 U.S. Figure Skating announced today the women who will compete at the Olympic Winter Games Beijing 2022 as part of the U.S. Olympic Figure Skating Team.

Karen Chen is the 2022 U.S. silver medalist. She placed 11th at the 2018 Games in PyeongChang, South Korea, and won the U.S. ladies title in 2017. Her fourth-place performance at the ISU World Figure Skating Championships 2021 helped secure three women’s entries for the United States at the Olympic Winter Games Beijing 2022.

Alysa Liu is a two-time U.S. champion. In 2019, the then-13-year-old became the youngest U.S. champion. Liu is also the 2020 World Junior bronze medalist and 2019 Junior Grand Prix Final silver medalist. The 16-year-old was the first American woman in history to land a quadruple jump in international competition and the first in the world to land a triple Axel and quadruple jump in the same program. This is her first Olympic appearance.

Each team in the event will consist of one woman, one man, one pairs team and one ice dance team to be selected from athletes who have qualified in their individual disciplines. Each team, however, will be allowed to make up to two exchanges after the short program/rhythm dance. Selected athletes named to the U.S. Olympic Figure Skating Team will compete in their respective disciplines in the team event. The team event will consist of the 10 best national teams from NOCs/ISU members. The five teams with the highest number of points after the short program/rhythm dance will qualify for the free skate/dance. In the team event, athletes will receive points based on their finishes in each segment of competition.

U.S. Figure Skating will announce its pairs, ice dance and men’s athletes selected to compete at the Olympic Winter Games, along with the United States’ World and Four Continents Teams for those disciplines on Sunday, Jan. 9. Women and men will be named to the 2022 U.S. World Junior Team following the conclusion of the World Junior Singles Camp, Jan. 31-Feb. 1 in Norwood, Massachusetts.