Team USA earned two medals this weekend at the Warsaw Cup in Poland. The competition was the ninth event of the Challenger Series. 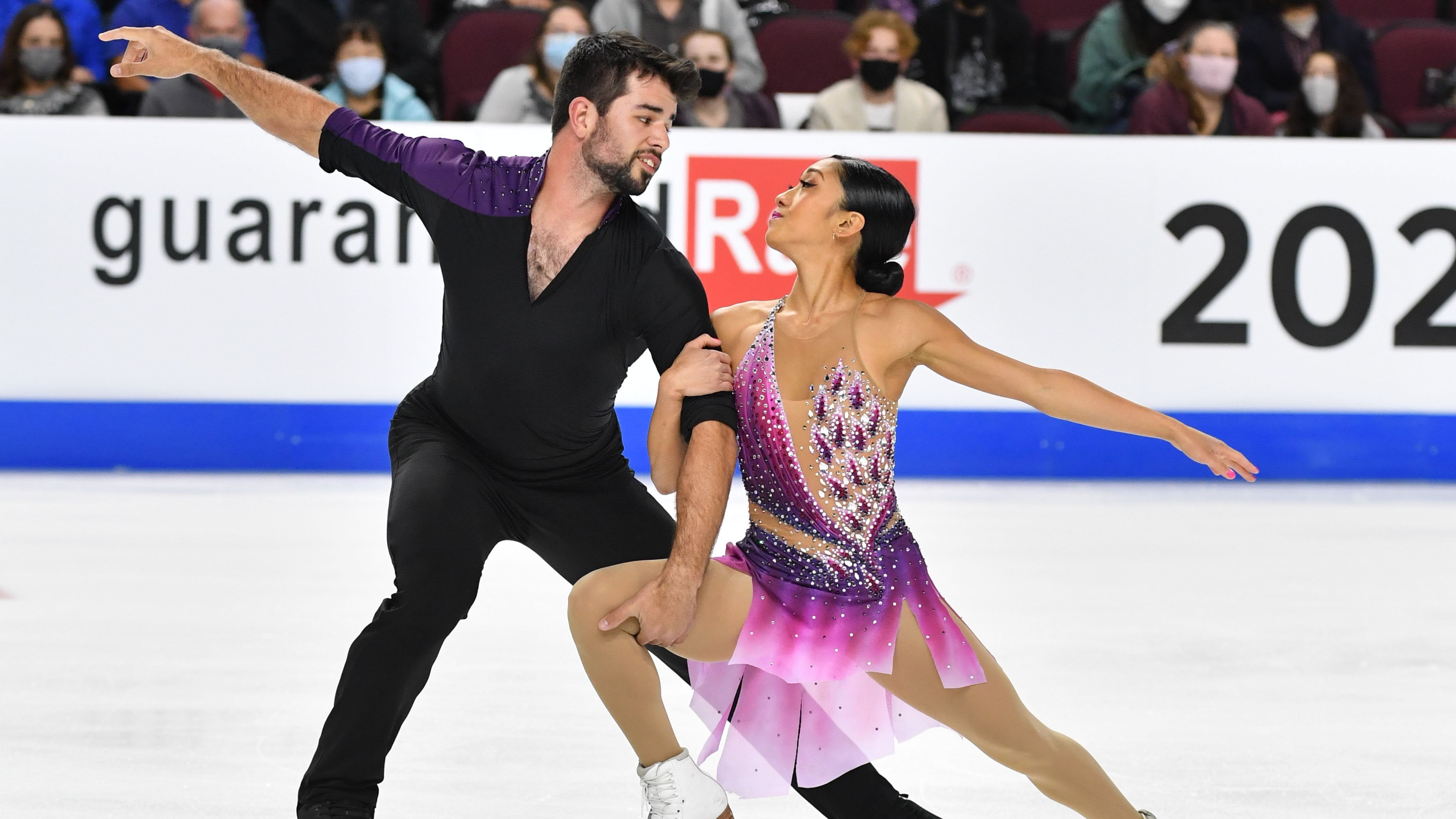 Team USA earned two medals this weekend at the Warsaw Cup in Poland. The competition was the ninth event of the Challenger Series.

Jessica Calalang and Brian Johnson took home silver in the pairs competition with a final score of 196.85. The Illinois and Michigan natives rallied back from a seventh-place short program to finish in second in the free skate with 135.16 points, 10 points clear of bronze medalists Iasmina Kadyrova and Ivan Balchenko of Russia.

The strong second half proved enough for the Americans, as they collected silver over Kadyrova and Balchenko (196.85). Fellow Russians Evgenia Tarasova and Vladimir Morozov won gold (228.49).
Emily Chan and Spencer Howe also represented the red, white and blue in Warsaw, finishing ninth overall with a total score of 163.39 points. The Boston-based team jumped from 12th to ninth place with their 106.45-point free skate.

Chelsea Liu and Danny O'Shea withdrew during the free skate after a tough fall during their program. The duo was fifth after the short program with 62.55 points.

In the ice dance competition, Caroline Green and Michael Parsons medaled in the Warsaw Cup for the second time. The Marylanders secured bronze in 2019 and defended their medal this weekend. The two scored just 0.52 point less than second place finishers Kara Muramoto and Daisuke Takahashi of Japan in the rhythm dance.

The Americans maintained their position in the free dance, earning 112.49 points to collect the  bronze and a total score of 187.84. Muramoto and Takahashi drew silver (190.16) and Russians Diana Davis and Gleb Smolkin won gold (199.90).

For the women, Lindsay Thorngren made her senior international debut in Warsaw. The 15-year-old New York native placed fifth (184.40), with a top-four mark in the free skate. The 2020 U.S. junior champion rallied back from her eighth-place short program with a 123.65-point free skate.