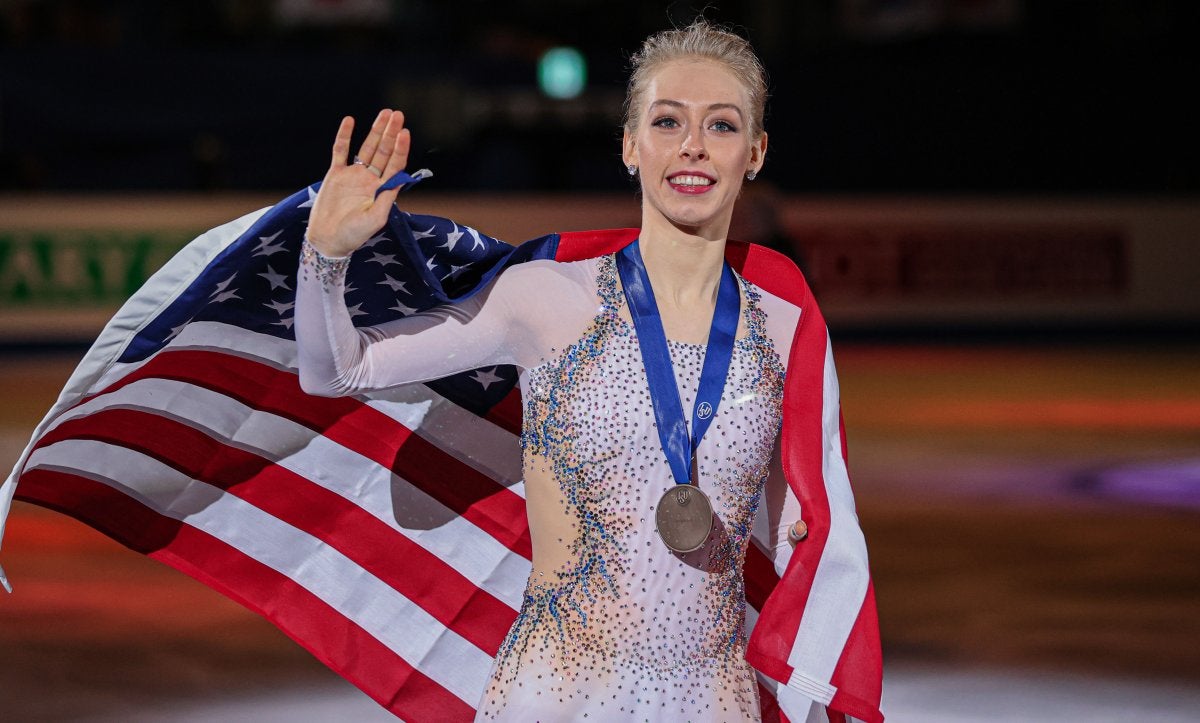 Tennell scored 222.97 total points en route to her first ISU Championships medal. In her free skate to “Cinema Paradiso” by Ennio Morricone, the 2018 U.S. champion landed seven triple jumps, including a strong triple Lutz-triple toe loop combination in the second half of the program to notch 147.04 points. Tennell had the highest program components score in the free skate with 70.87.

Karen Chen finished seventh in the competition with a 133.78-point free skate and 201.06 overall, both personal bests. Skating to "The Ovation" from Slow Dancing in the Big City by Bill Conti, Chen received Level 4 marks for her three spins.

Amber Glenn tallied 190.83 total points to place ninth in the ladies competition. Glenn opened her free skate to "Gravity" by Sara Bareilles with a strong triple flip-triple toe loop combination and received 125.44 points for her performance. Her free skate and total scores were also personal bests.

Japan’s Rika Kihira defended her Four Continents title with 232.34 points and Young You of the Republic of Korea grabbed the silver medal with 223.23.

In the pairs competition, Calalang and Johnson finished third in the free skate, winning the small bronze medal for the event. In their 128.39-point performance to "You are the Reason" by Calum Scott and Leona Lewis, the 2020 U.S. silver medalists landed a clean side-by-side triple toe loop-double toe loop combination, a throw triple Salchow and a throw triple Lutz, and received Level 4 marks for five elements. With 196.15 total points, the duo placed fourth overall.

“It’s been a pretty exciting season for us,” Calalang said. “I feel like at every competition, we have improved little by little, so it is exciting to see where the future will take us.”

“[We are] just beginning,” Johnson said. “We are less than two years together and we are already in the last group at Four Continents with Olympians, so we have nothing but hope for the future.”

Tarah Kayne and Danny O’Shea rallied from their seventh-place short program to finish fifth in the free skate and overall. The 2020 U.S. bronze medalists received Level 4 marks for their three lifts, death spiral and pair combination spin in their Les Miserables medley. They scored 123.55 for their free skate to total 186.20.

Alexa Knierim and Chris Knierim withdrew from competition after the short program.

Competition concludes tomorrow with the men’s free skate. The event will be broadcasted on NBC and NBCSN throughout the week, as well as live and on-demand on the Figure Skating Pass on NBC Sports Gold. Visit competition central on the U.S. Figure Skating Fan Zone for more details.