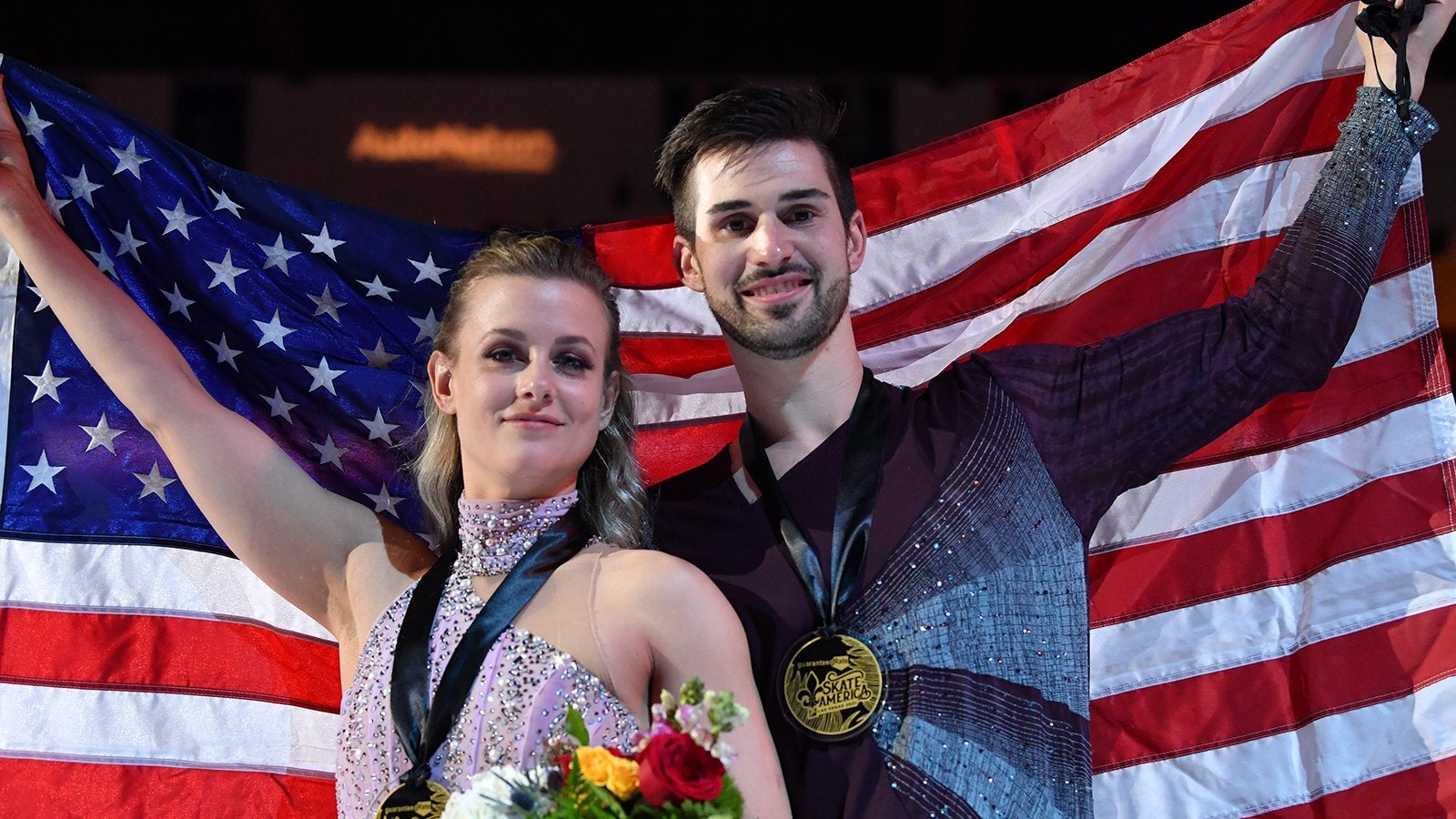 Madison Hubbell and Zachary Donohue won their fourth Skate America® title on the final day of competition at 2021 Guaranteed Rate Skate America with 209.54 total points. In their free skate, they performed six Level 4 elements and earned all positive grades of execution to score 125.96 points.

“I couldn’t really be happier with the performance today,” Hubbell said. “Something clicked this morning, and I really felt great on practice, and I just wanted to keep that feeling and skate for myself and really be there with Zach and present to the performance from the beginning to the end. And I think we both accomplished that goal, and in doing so, also accomplished the other goal, which was to come out with gold.”

“Evan and I are extremely happy with how we performed today,” Chock said. “We love stepping into these characters of the alien and the astronaut. We find that they’re so unique and always interesting for us to explore, no matter whether it’s training or a competition, and this was definitely another step up. We’re very pleased with how everything went this week.”

Molly Cesanek and Yehor Yehorov finished ninth with 156.97 total points. They scored 95.90 points in their free skate, which featured four Level 4 elements and all positive grades of execution.

In the women’s event, Amber Glenn placed sixth with a season’s best 201.02 total points, the highest placement for Team USA in the field. She opened her free skate with a triple flip-triple toe loop combination and earned all positive grades of execution to score 133.45 points (also a season’s best).

“Breaking that point target internationally for the first time, it really makes me feel like I’m up there,” Glenn said. “I know I can hold my own internationally, and this is just a taste of that. It’s not even all I have to offer.”

Events today concluded the competition at 2021 Guaranteed Rate Skate America. Fans can rewatch the action on Peacock Premium and catch up on results on the U.S. Figure Skating Fan Zone.