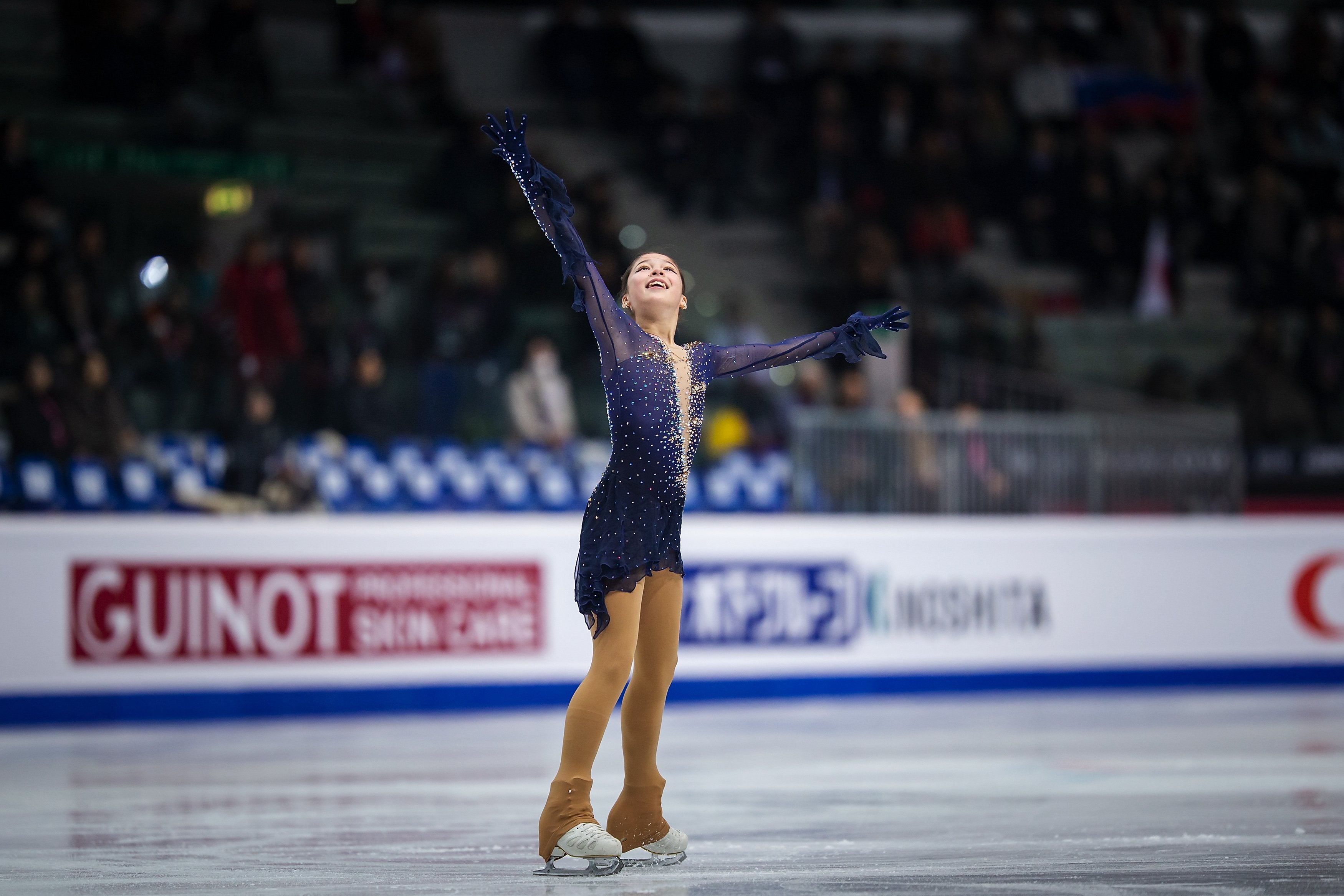 Seven Americans made the trip to Gdansk, Poland, for ISU Junior Grand Prix event with five taking home a medal.

Liu recorded the fourth-highest short program score with a score of 64.11, but rallied to the top of the leaderboard after receiving a score of 138.99 in the free skate for a cumulative score of 203.10 points.

Russians Viktoria Vasilieva (196.47) and Anastasia Tarakanova (194.74) rounded out the rest of the podium winning the silver and bronze medal, respectively.

The other American in the ladies' field, New York native Lindsay Thorngren, finished eighth with a total score of 158.09 points.

In ice dance, Avonley Nguyen and Vadym Kolesnik led the way for the U.S. by securing gold. The duo from the Skating Club of New York posted the highest score after the rhythm dance (69.20) and received a score of 105.48 in the free dance. With a total score of 174.68, the duo secured their spot in their second consecutive JGP Final.

The other American duo, Ella Ales and Daniel Tsarik, finished sixth with a total score of 141.51.

In the pairs program, American duo Kate Finster and Balazs Nagy recorded a short program score of 60.91 and a free skate score of 105.31 for a total score of 166.22 en route to securing the silver medal. The event marked their first JGP podium finish.

In his second JGP appearance of the season, Dunk followed up his fifth-place finish in Lake Placid, New York, with a total score of 205.90 in Poland, placing him in sixth place. The 2019 U.S. junior champion posted a score of 72.90 in the short program and 133.00 in the free skate.

Tran, the 2019 U.S. junior silver medalist, was in 12th place following the short program but rallied to ninth after receiving a score of 118.35 in the free skate. He finished with a total score of 175.23.

Meanwhile, ice dance duo Lorraine McNamara and Quinn Carpenter voyaged to Bratislava, to represent the U.S. at the 2019 Nepela Memorial on the third stop of the 2019 ISU Challenger Series.

McNamara and Carpenter took home silver last year and followed up that performance by securing the bronze medal in Slovakia.

The 2019 U.S. pewter medalists registered a rhythm dance score of 73.60 on Friday, which placed them in third heading into the free dance.

The Maryland duo went on to receive a total segment score of 109.87 in the free dance for a combined score of 183.47 en route to finishing third.

The JGP Series will continue next week in Zagreb, Croatia, while the Challenger Series rolls on to Oberstdorf, Germany, for the 2019 Nebelhorn Trophy.