U.S. Figure Skating announced today the pairs teams who will compete at the Olympic Winter Games Beijing 2022 as part of the U.S. Olympic Figure Skating Team. 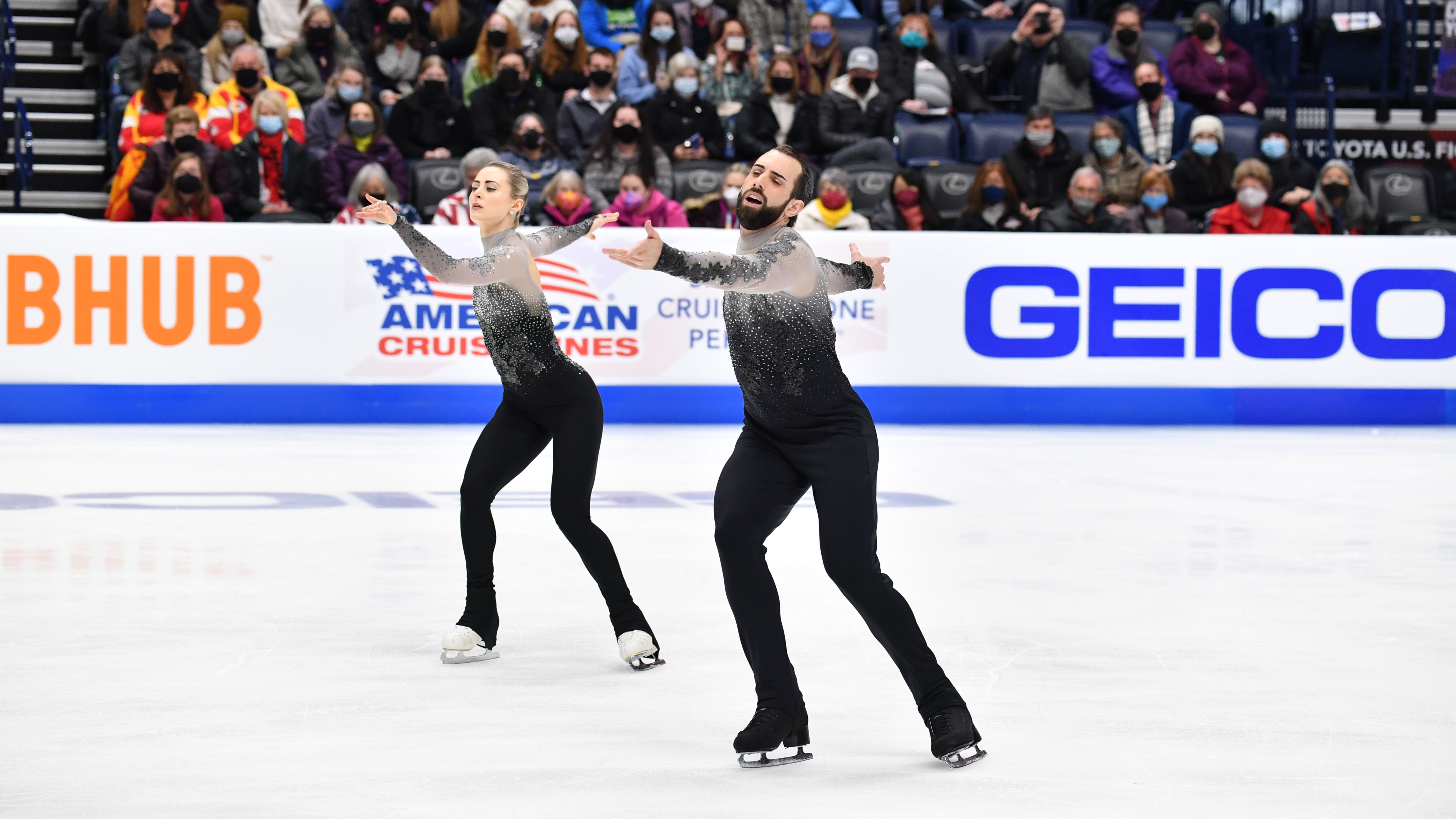 U.S. Figure Skating announced today the pairs teams who will compete at the Olympic Winter Games Beijing 2022 as part of the U.S. Olympic Figure Skating Team.

Ashley Cain-Gribble and Timothy LeDuc are the 2022 and 2019 U.S. champions. They also earned the U.S. bronze medal in 2017 and '21, and the 2018 Four Continents silver medal. Their ninth-place finishes at the 2019 and 2021 World Championship helped secure two Olympic entries for the U.S. in pairs. This season, the Dallas-based team claimed the bronze medal at Skate Canada International and placed fourth at NHK Trophy. They are making their first Olympic appearance. Additionally, LeDuc will become the first openly non-binary athlete to compete at an Olympic Winter Games.

Alexa Knierim and Brandon Frazier are the 2021 U.S. champions. In their debut season, the duo won the title at 2020 Skate America and the 2021 Toyota U.S. Figure Skating Championships and placed seventh at the 2021 World Championships, helping earn two Olympic entries for Team USA. This fall, the Irvine-based team finished fourth at Skate America® and earned bronze at Internationaux de France. Knierim is also a 2018 Olympian and finished 15th in PyeongChang, South Korea, with husband and former partner Chris Knierim. This is Frazier's first Olympic appearance.

U.S. Figure Skating will announce its ice dance and men's athletes selected to compete at the Olympic Winter Games, along with the United States' World and Four Continents team on Sunday, Jan. 9. Women and men will be named to the 2022 U.S. World Junior Team following the conclusion of the World Junior Singles Camp, Jan. 31-Feb. 1 in Norwood, Massachusetts.