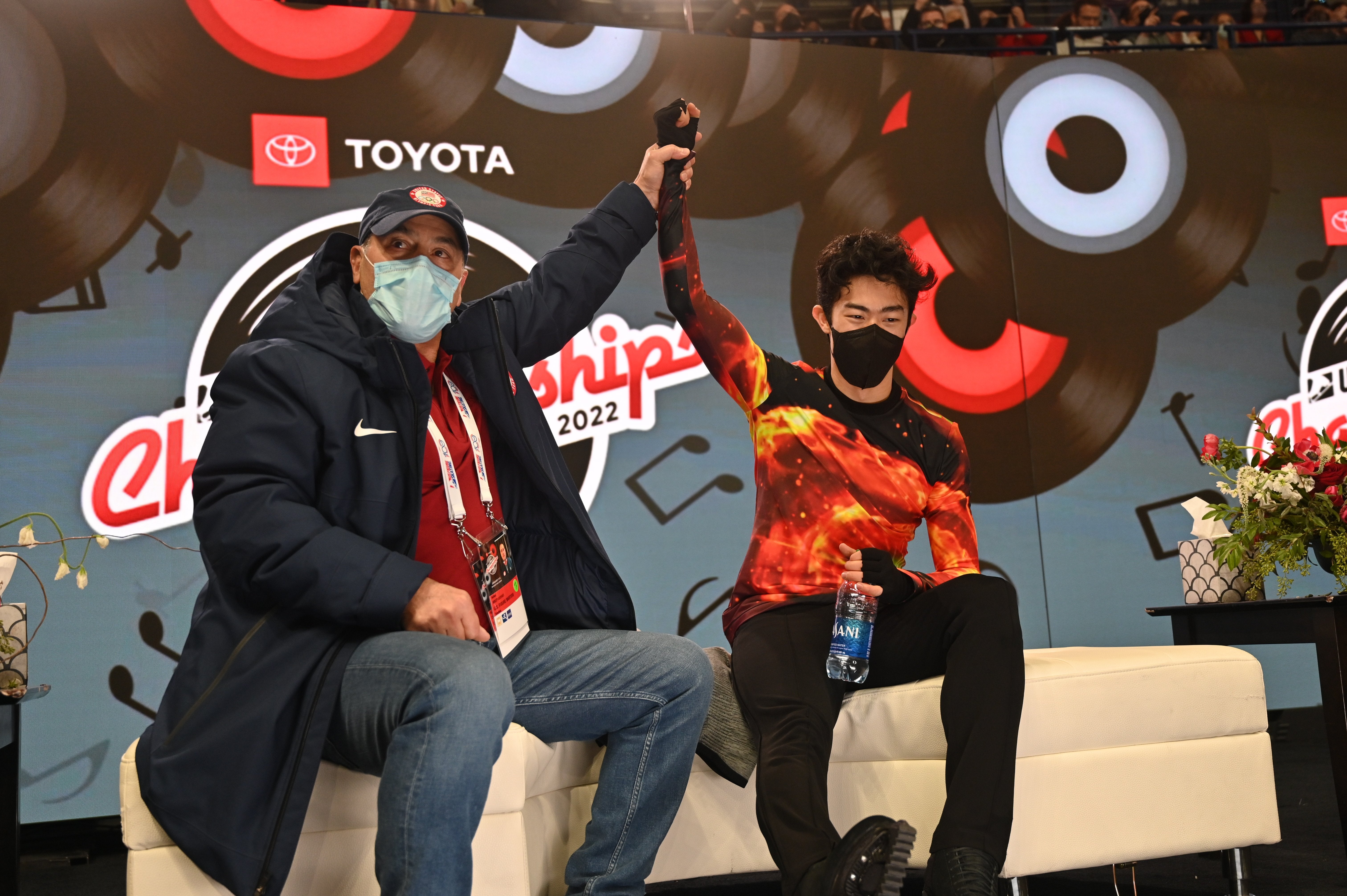 Chen (Salt Lake Figure Skating) earned 212.62 points for his performance to music from the Rocketman soundtrack, en route to a combined 328.01. The three-time reigning World champion completed four quadruple jumps, including a quadruple toe loop-Euler-triple flip, the highest-scoring element of the event worth 20.63 points. Bringing a 2.61-point lead into the final segment, his overall score won the event by 25.53 points. The win marks Chen’s sixth-straight U.S. title, tying Todd Eldredge in the U.S. Figure Skating record book. Only Dick Button and Roger Turner have won more, each winning gold a total of seven times.

"I had a lot of fun and the crowd was amazing," Chen said. "It was great to be here in Nashville and perform in front of people."

Malinin (Washington FSC) burst onto the championship scene to claim the silver medal at his third-career U.S. Championships appearance. He previously won the intermediate title in 2017 and the novice bronze two years later. Skating to “Nobody Knows” by Autograf and “Golden Age” by Woodkid, the 17-year-old executed four quadruple jumps, including two quadruple Lutzes, one in combination with a triple toe loop. He earned 199.02 for the segment and 302.48 overall, topping his previous-best scores by 14.67 and 28.37 points, respectively.

Jason Brown (Skokie Valley FSC) posted the third-best free skate of the event, earning 188.94 points for an emotional performance to music from Schindler’s List. His program components score of 96.06 bested the field by five points, lifting him to an overall total of 289.78.