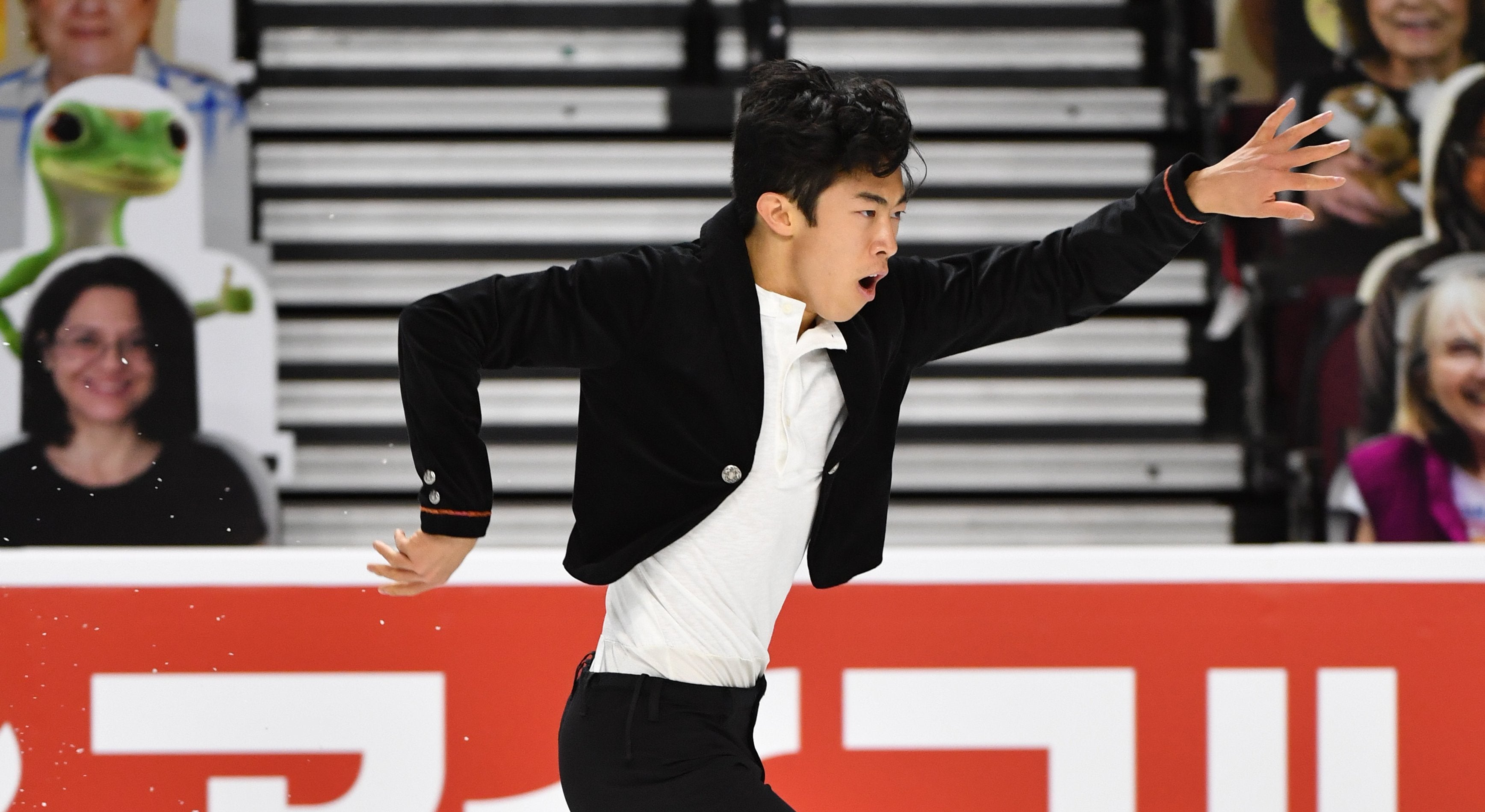 Chen, who is looking for his fourth straight Skate America title, earned 111.17 points in his Desperado-themed short program and leads by more than 10 points. The reigning World champion opened with a quad toe loop-triple toe loop combination followed by a triple Axel and quad flip. He earned three Level 4 spins.

“I’m pretty happy with where I am,” Chen said. “Given the unusual circumstance with what is going on, I’m happy with where I am in the season and how the program went. As always, it’s a great opportunity to be able to compete against these guys. Speaking for all the skaters, I think we’re really fortunate to have an opportunity like this and it’s something that we didn’t really expect to happen, but the Orleans, the ISU and U.S. Figure Skating did so much to make this happen and we’re really grateful.”

Vincent Zhou, who is the reigning World bronze medalist, is in second place with 99.36 points. Zhou landed a quad Lutz-triple toe loop, a quad Salchow and a triple Axel. Canada’s Keegan Messing is third with 92.40 points.

In the ladies competition, Mariah Bell leads the field by just over three points after earning 76.48 points in her short program set to “Glitter in the Air” by Pink. Her program was highlighted by a triple flip-triple toe loop combination.

“This is an interesting situation that we’re all in but we’re so fortunate for all of the hard work that everyone has put in to make this possible and keep everybody safe,” Bell said. “Even if there wasn’t a crowd I really enjoyed performing and it was so fun to be back in a little bit of the competition atmosphere.”

Bradie Tennell is in second after scoring 73.29 points. Tennell landed all her jumps and earned three Level 4 spins. Audrey Shin, who was the 2019 U.S. junior silver medalist, is third with 69.77 points. Shin opened with a powerful triple Lutz-triple toe loop combination, skating to “The Giving” by Michael Smith.

Alexa Knierim and Brandon Frazier lead the way after the pairs short program. Skating in their first competition as a team, the Irvine, California-based duo scored 74.19 points and executed a Level 3 triple twist and three Level 4 elements.

“We’re really grateful to have the opportunity to skate with each other so we’re really motivated and with that kind of positive energy we can work through challenges and roadblocks,” said Frazier. “There were elements that gelled quickly, and some elements that took a lot of time, and are still taking a lot of time. We’re grinding it out, staying positive and trusting our team and support system. We’re enjoying it.”

Training mates Jessica Calalang and Brian Johnson are in second place, earning 71.08 points. Skating to “Light of the Seven” by Ramin Djawadi, the tandem overcame an opening double Salchow, but recovered with two Level 4 lifts and a throw triple Lutz. Audrey Lu and Misha Mitrofanov are third with 67.52 points.

“We missed competing, and certainly tonight was a nice way to get back into the swing of things,” Hubbell said. “Though there was no live audience, we did feel some of that familiar adrenaline and it’s great to have that rush again.”

Kaitlin Hawayek and Jean-Luc Baker finished in second place, earning 81.15 points in their disco themed rhythm dance. Christina Carreira and Anthony Ponomarenko are in third place heading into the free dance with 78.63 points.

On Saturday, fans can watch the action on NBC from 3-6 p.m. and on NBCSN from 9 p.m. – midnight, as well as catch every skater live on Peacock Premium. Fans are also encouraged to check out the 2020 Guaranteed Rate Skate America Fan Experience.