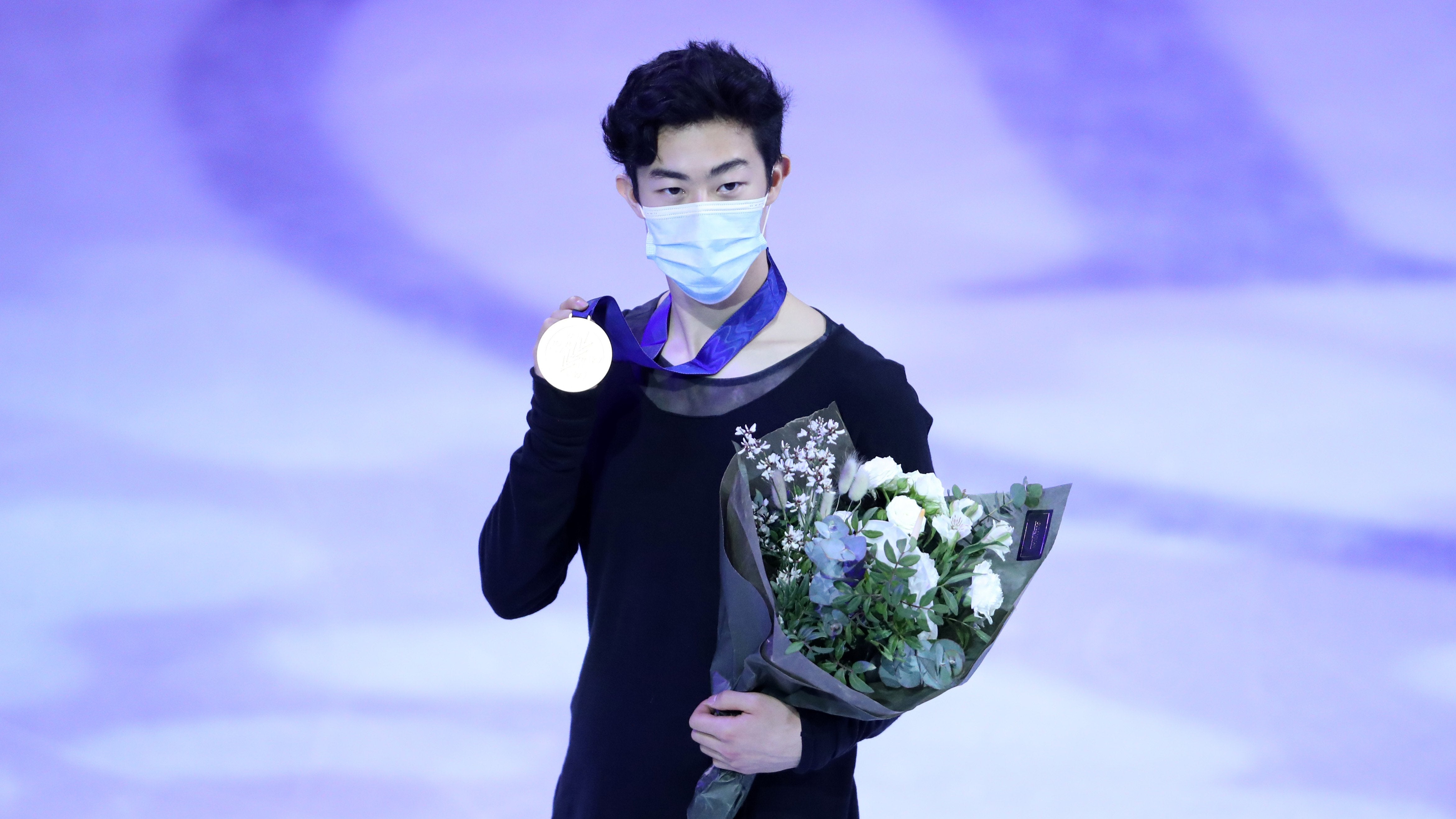 Nathan Chen won his third straight title on Saturday afternoon at the ISU World Figure Skating Championships 2021 at the Ericsson Globe in Stockholm.

Chen skated a near-perfect program, landing five quads, and earning three Level 4 spins. He is the first American man to win three consecutive World titles since Scott Hamilton did it in 1983 (Hamilton won his fourth in 1984).

“I’m incredibly happy,” Chen said. “This free skate was one of my better free skates. The short [program] obviously did not go great, so to be able to respond with the program that I skated today makes me satisfied. I tried to learn from the other day, and I’m just thrilled with the results. I’m also really thankful that we were even able to have this competition with everything that has happened over the past year.”

“I was very proud of today’s skate,” Brown said. “I fought for every second out on the ice. It’s so great to be back performing. I just tried to stay calm, take it step-by-step and I think that helped me accomplish my goals.”

One of the highlight’s of Brown’s program was his complete quadruple Salchow.

“I’ve been working so hard on my quad jumps in training, so to be able to put one into my program today, even though it was a bit under[rotated] really makes me happy and motivates me to keep working. This was a goal of mine this season.”

Taking place in a bubble environment with no spectators, athletes are returning to the world stage for the first time since the 2019 World Championships after the 2020 event was canceled due to the COVID-19 pandemic.

NBC and NBCSN will provide extensive broadcast coverage of the competition. A full schedule is available here. Additionally, the full competition can be streamed live at Peacock Premium.