The junior competition at the 2021 Toyota U.S. Figure Skating Championships kicked off Wednesday, Jan. 20 at The Orleans Arena in Las Vegas. 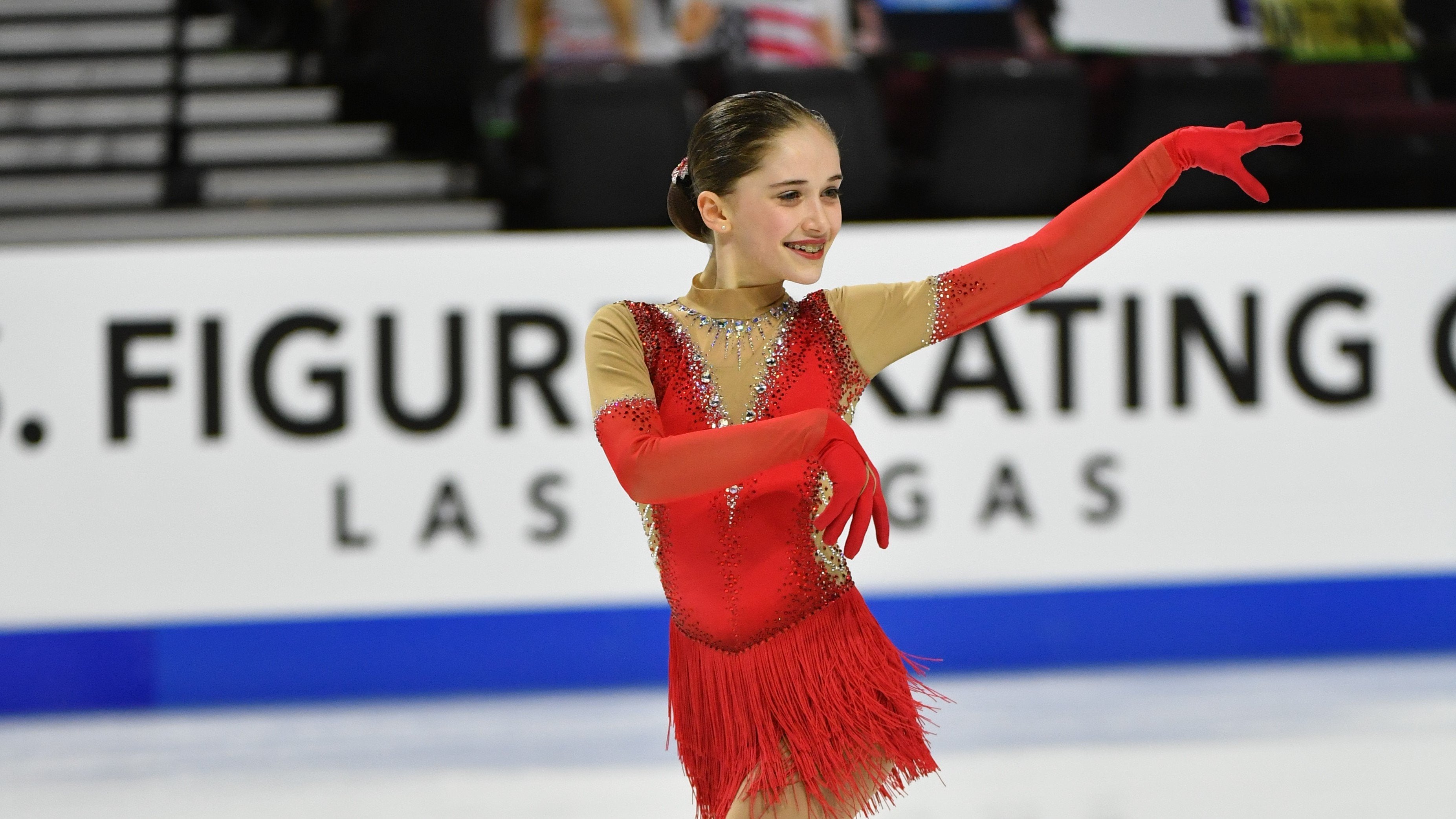 "We stayed on our feet, didn't have falls, so that's an improvement from last year I think,” Siianytsia said.

Isabeau Levito (SC of Southern New Jersey) leads the junior ladies with 65.66 after the short program. The 13-year-old opened with a strong triple flip-triple toe loop combination and earned Level 4s on all three spins.

"Obviously I still think I can do better because there's always room for improvement, but I think it was pretty good," Levito said.

In the junior rhythm dance, Katarina Wolfkostin and Jeffrey Chen (Peninsula SC) lead the field by over two points. The 2020 Youth Olympians earned Level 4 on four of their five elements and all positive grades of execution to earn 68.81 points.

"We were both happy with our performance, and the score was the highest we've ever gotten," Wolfkostin said. "It shows improvement, which is always great. It's a great encouragement to keep slowly getting better and better, and know that all of the hard work and preparation you put into something pays off."

Sibling team Oona Brown and Gage Brown (SC of New York) scored 66.20 points to finish second. In their program set to music from A Boy From Oz, the team earned all positive grades of execution and four Level 4 elements. Katarina DelCamp and Ian Somerville (Dallas FSC/Washington FSC) sit third after the rhythm dance with 60.26 points. The Virginia-based team earned a Level 4 on their opening curve lift and their twizzle sequence.

The men’s short program closed out the first night of junior competition. Jacob Sanchez (Hudson Valley FSC) leads the field with 66.91 points. The 13-year-old opened with a triple flip-triple toe loop combination and earned all positive grades of execution on his elements.

"I felt really good," Sanchez said. "That was one of the best short programs I've done in a while ... I've been working really hard."

Maxim Zharkov (Dallas FSC) earned the second-place spot with 65.51 points. In his program set to “Blues for Klook” by Eddy Louiss, the 16-year-old opened with a strong triple Axel. Eric Prober (Panthers FSC) sits third with 65.04 points. Opening with a triple Axel, the 18-year-old earned a Level 4 on two elements.

The junior competition will conclude on Thursday, Jan. 21 with the free skates and free dance. Fans can watch live and on-demand on Peacock Premium.