The U.S. junior champions were crowned on the final day of competition at the 2021 Toyota U.S. Figure Skating Championships. The action concluded the 10-day event at The Orleans Arena. 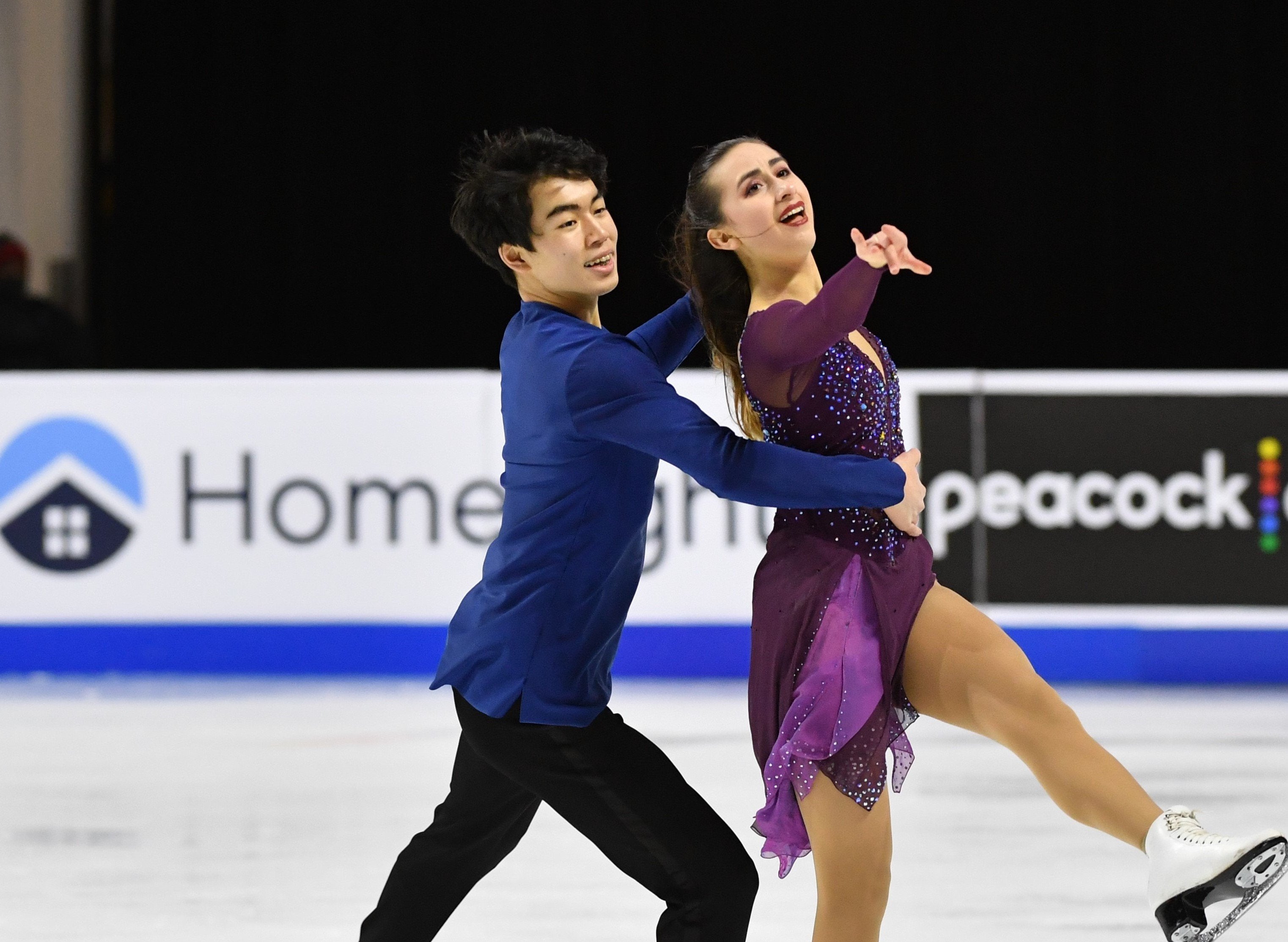 Anastasiia Smirnova and Danil Siianytsia (Yarmouth Ice Club/All Year FSC) took home the gold in the junior pairs event on Thursday afternoon with a personal-best 169.85 total points. The total score led the field by over 21 points. In their program set to “The Prayer” by Andrea Bocelli and Celine Dion, the duo earned four Level 4 elements to score 110.78 points.

“We’re pretty excited about it,” Siianytsia said. “I guess it’s a beginning, hopefully it won’t be our last one. [We’re] moving forward and grateful for what we got.”

Isabeau Levito (SC of Southern New Jersey) took home the 2021 U.S. junior ladies title with 187.48 total points. She opened with a strong triple Lutz and earned Level 4 on all three spins to score 121.81 in her free skate set to “Malaguena” by Ernesto Ieguono.

“It’s a good title to have, although I don’t focus as much on my titles,” Levito said. “I know I’ve done so much better many times. It’s good to have won, but for myself I didn’t feel like I won. I think I still could’ve done a lot better.”

In her U.S. Championships debut, Clare Seo (Broadmoor SC) scored 113.24 in her free skate and 173.51 overall. Her program, set to “Jean de Florette” from Manon of the Spring, featured three Level 4 spins and a Level 4 step sequence.

“Obviously – wow, so many emotions – okay, sorry,” Chen said. “It’s shocking to me because three or four days ago I was laying on my couch just icing me knee and hoping for the best and then all of a sudden I’m here, and just doing my best trying to put out everything we worked so hard for.”

Sibling team Oona Brown and Gage Brown (SC of New York) earned 162.91 total points to take the silver medal. In their free dance program to “Nothing Else Matters,” the duo earned five Level 4s and all positive grades of execution to earn 96.71 points. They placed third in the event last year.

Eric Prober (Panthers FSC) was the final U.S. junior champion to be crowned at The Orleans Arena. Earning 127.79 points in his free skate, he opened with an explosive triple Axel-double toe loop combination followed by another strong triple Axel. He earned 192.83 points overall, a personal best for the Florida man.

“When I woke up today, I was a little nervous,” Prober said, “and I tried to stay focused from the short I had yesterday, and I wanted to really show you guys what I was working on, and I did, so I’m super excited and proud.”

Joseph Klein (Skokie Valley SC) earned the silver medal with 187.30 total points. Skating to “Big Smoke” and “The Gallows” by Audiomachine for his free skate, the 16-year-old earned Level 4s on all three spins to score 123.70 points.

Fans can re-watch the action on Peacock Premium.