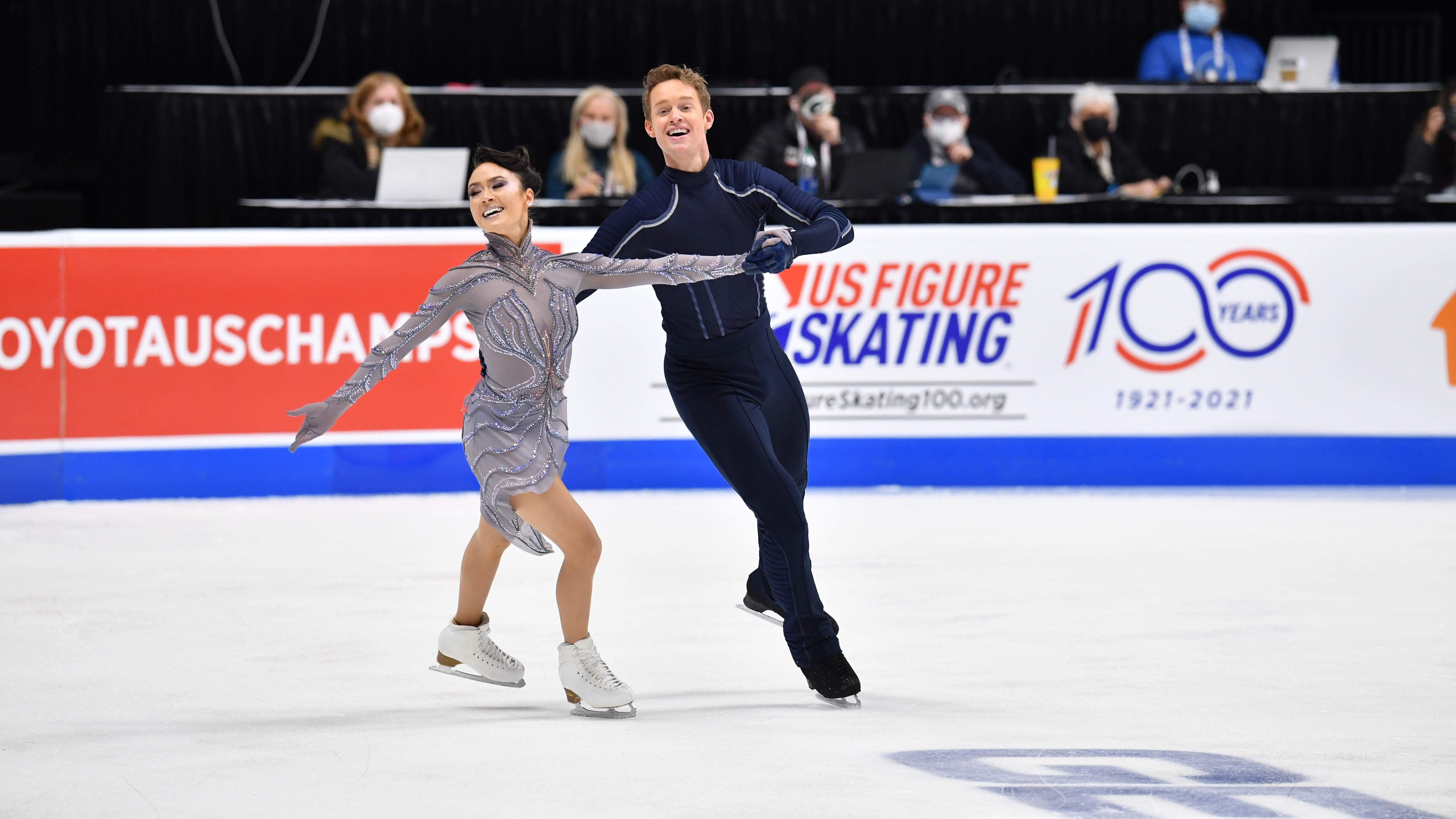 Madison Chock and Evan Bates are the 2022 U.S. champions, marking their third trip to the top of the U.S. podium (2015, '20). They are also two-time World medalists (2015, silver; '16, bronze) and two-time Olympians (2014, eighth; 2018, ninth). After earning silver at both of their Grand Prix assignments this season, they qualified for their sixth Grand Prix Final (the event was ultimately canceled). Bates is also a 2010 Olympian with former partner Emily Samuelson and is the first American figure skater to compete at four Olympic Winter Games.

Kaitlin Hawayek and Jean-Luc Baker are the 2022 U.S. bronze medalists. The duo also earned bronze in 2019, '20 and '21 and are the 2018 Four Continents champions. They also won the World Junior title in 2014 and placed ninth at the 2021 World Championships. Hawayek and Baker are making their first Olympic appearance in Beijing.

Madison Hubbell and Zachary Donohue are the 2022 U.S. silver medalists. They also won the U.S. title in 2018, '19 and '21, and are three-time World medalists (2018, silver; '19, bronze; '21, silver). The Montreal-based team finished fourth at the 2018 Olympic Games in PyeongChang, South Korea. They stood on the podium at both of their Grand Prix assignments this season, qualifying them for their sixth trip to the Grand Prix Final (which was canceled).

U.S. Figure Skating will announce its men's athletes selected to compete at the Olympic Winter Games, along with the United States' World and Four Continents team following the free skate on Sunday, Jan. 9. Women and men will be named to the 2022 U.S. World Junior Team following the conclusion of the World Junior Singles Camp, Jan. 31-Feb. 1 in Norwood, Massachusetts.