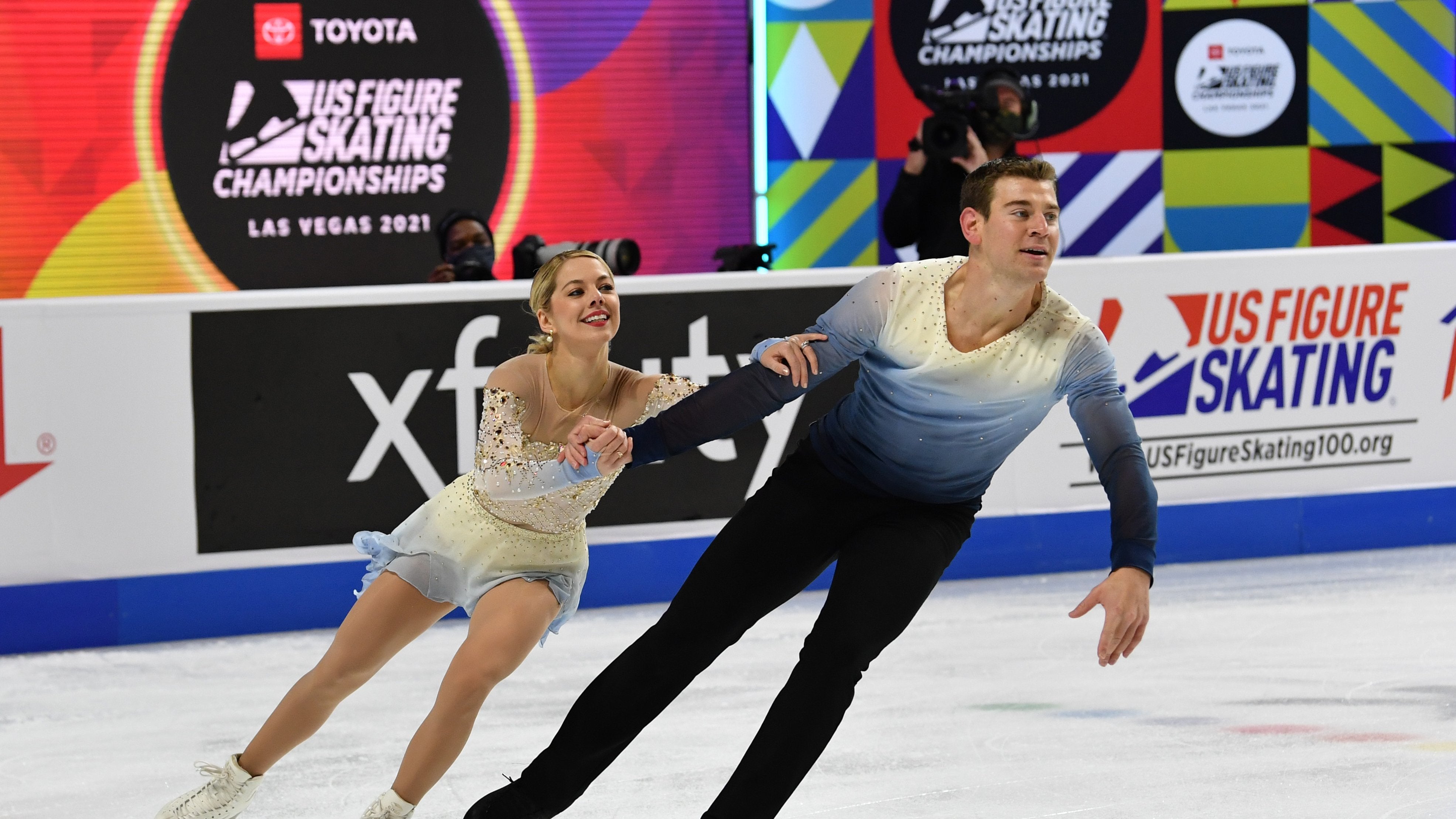 Madison Hubbell and Zachary Donohue won their third career U.S. title Saturday night at the 2021 Toyota U.S. Figure Skating Championships, highlighting a strong day of competition at the Orleans Arena in Las Vegas. The pairs tandem of Alexa Knierim and Brandon Frazier won their first title as a partnership.

“We’re pretty thrilled to be here with this awesome opportunity that U.S. Figure Skating set up for us,” Donohue said. “We’re very grateful for this. It feels amazing to be back in Vegas and to get another [U.S. title].”

Madison Chock and Evan Bates (All Year FSC/Ann Arbor FSC), who were making their competitive, in-person debut for the season, earned the silver medal with 132.83 points in the free dance for 222.93 total points.

“We are elated with our performance,” Knierim said. “Very, very pleased with it. It was a fight for us out there. We’re very proud of what we put out there, we worked very hard, and we’re excited for the future.”

“I’m thrilled with the short program today,” Chen said. “I may have looked a little disappointed after, but I made a couple little bobbles on the landings and I wish I had skated those a little bit cleaner. But overall I’m really happy with the program, and just thrilled to be here. This whole season has just been crazy, and everything is just so unexpected. So the fact that we’re all here, that we’re all healthy, that we’re able to do this, is just incredible.”

Vincent Zhou (SC of San Francisco) is close behind after earning 107.79 points on Saturday afternoon. He has medaled in four straight U.S. Championships. Jason Brown (Skokie Valley SC), who is making his season competitive debut, is third with 100.92 points, while Yaroslav Paniot (All Year FSC) is fourth with 83.74 points.

The Championship-level competition of the 2021 Toyota U.S. Figure Skating Championships will conclude on Sunday with the men’s free skate, which will be live on NBC from 3:30 – 6 p.m. In addition to coverage on NBC, fans can watch every skater live on Peacock Premium. Junior-level competition will kick-off on Wednesday with coverage on Peacock Premium. Fans can also visit U.S. Figure Skating’s virtual fan experience here.