The Las Vegas Invitational presented by HomeLight to air on Sunday, Nov. 15, on NBC; Athletes will compete for $50,000 in total prize money. 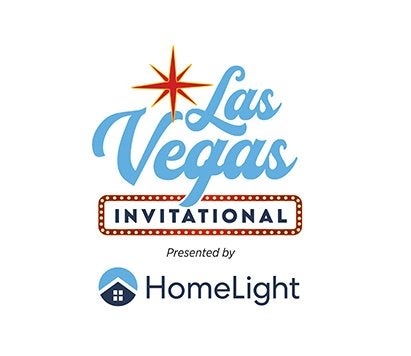 HomeLight and U.S. Figure Skating teamed up for the Las Vegas Invitational in order to create not only an additional competitive opportunity, but also to provide more funding for athletes whose prize money and appearance fee opportunities have been limited due to the impact of the COVID-19 pandemic.

“Visionary partners like HomeLight are critical to the success of U.S. athletes on the ice, and our organization as a whole,” Chief Marketing Officer Ramsey Baker said. “When presented with the situation and the opportunity to help, HomeLight didn’t hesitate and they once again showed their commitment to supporting our athletes…exemplifying why they are exactly the kind of company that we like to partner with.”

For the past two seasons the HomeLight logo has appeared on the team jackets for U.S. skaters competing internationally and this new commitment to help skaters during a difficult time underscores HomeLight’s commitment to helping skaters pursue their dreams.

"Everything we do at HomeLight is focused on finding and supporting people who are the best at what they do. Our focus on excellence generates exceptional results for the top real estate teams across the country, their clients, and, now, for the world's best skaters," said John Van Slyke, III, Vice President of Growth at HomeLight. "We're proud to support athletes in innovative ways during what's likely one of the most challenging times in their careers."

Each team in the event will be comprised of three ladies and three men from the United States who are senior eligible domestically. Each skater will perform a free skate with their scores being added together to create a total team score. The team with the highest aggregate score after all team members have performed will win the event. Ten of the twelve (12) skaters will be invited to participate based on a combination of their world standings and 2019-20 season's best score, with the 2020 ladies and men's U.S. champions serving as captains for Team Tara and Team Johnny, respectively. One additional lady and man will be selected based on the results of 2020 Skate America, with the highest finisher in each category not already invited to participate in the event earning a wildcard entry.

The event will be scored using the International Judging System, with one modification, both the ladies and the men will be scored using the same components factor of 1.6 (men are typically scored with a factor of 2.0). As a result, the men’s scores will be lower than if the regular 2.0. component factor was used. By competing under the same component calculation factor, the ladies and men’s scores will carry the same weight in the composition of the overall team score.

“Any opportunity that we get to perform given this unprecedented time and season, it’s a great opportunity for us,” four-time Skate America champion Nathan Chen said. “It’s a fun experience. I’m happy that HomeLight and U.S. Figure Skating did everything they could to put this together. It’s going to be a fun event.”

Terry Gannon will handle play-by-play responsibilities for the competition and will be joined by 1998 Olympic gold medalist Lipinski and three-time U.S. champion Weir who will “coach” their respective teams from the broadcast booth.

The teams for the Las Vegas Invitational are listed below.