Four champions were crowned on Saturday at 2020 Guaranteed Rate Skate America at the Orleans Arena in Las Vegas. 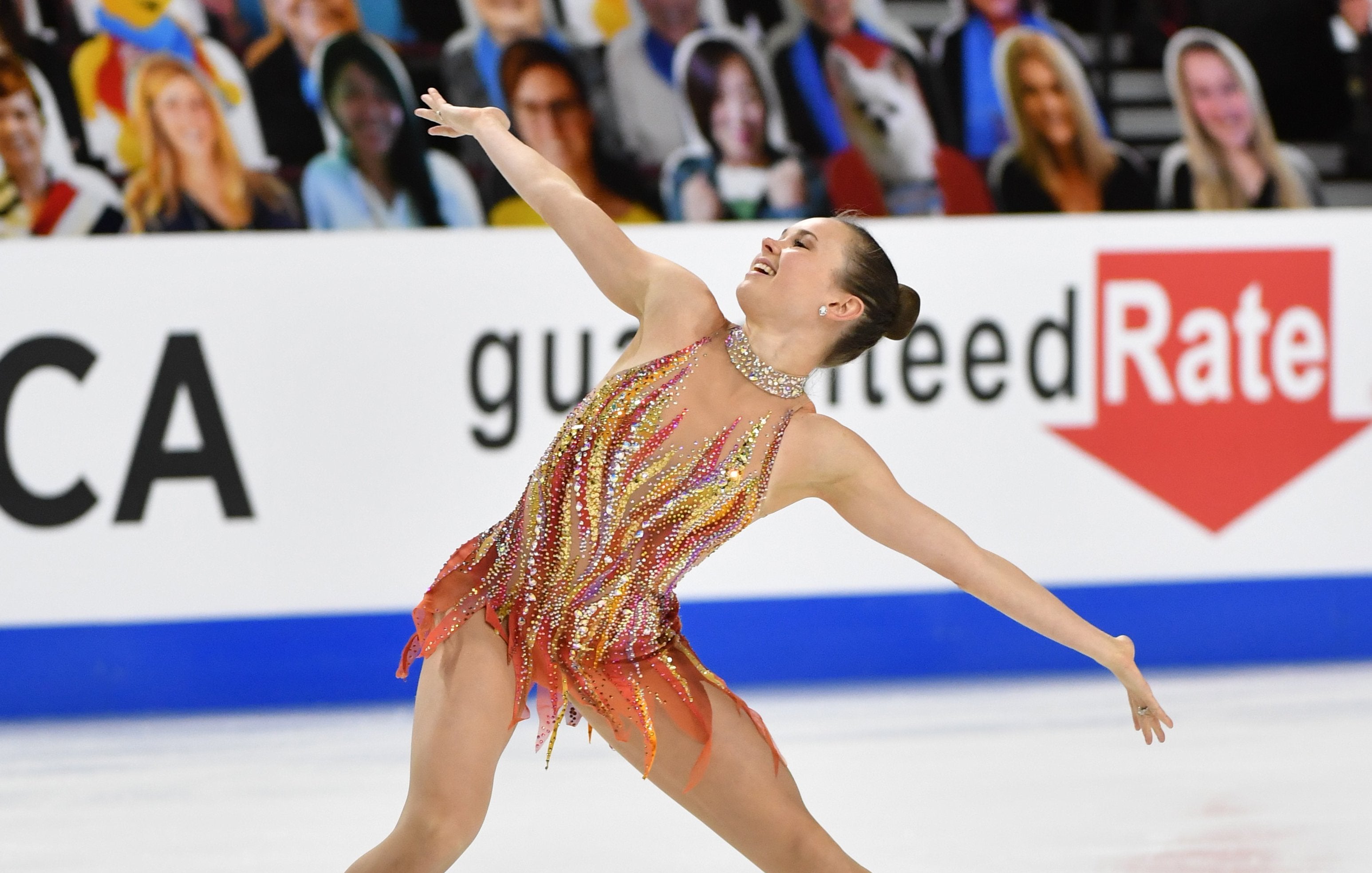 Nathan Chen captured his fourth straight title with a free skate score of 187.98 and 299.15 total points. With the win, he’s the first man to win four straight Skate America titles since Todd Eldredge did so from 1994-1997. Chen was joined by Mariah Bell, Alexa Knierim and Brandon Frazier, and Madison Hubbell and Zachary Donohue on the top step of the podium.

“I’m a little disappointed about the jumps I missed,” Chen said. “I think I know what I should have done, but at the time it wasn’t quite there. Mirroring my sentiment from yesterday, I’m just thrilled to be here at this competition. I’m so thankful for everything that has been involved in putting this together and how smoothly everything went so the skaters could just focus on skating. At the end of the day, I’m grateful to be here and honored to be up here with these two other guys.”

“We’re so fortunate to be able to perform,” Bell said. “It was a little shaky and I felt a little stiff, but I was excited to get my long program out in a competition setting. I had a really great time.”

All three podium finishers in the pairs competition took home their first Grand Prix medals. Alexa Knierim and Brandon Frazier picked up the gold medal in their first international competition since partnering up in the offseason.

“We’re very happy with the progress that we made this week,” Frazier said. “We had to make a lot of adjustments since [the ISP Points Challenge] two weeks ago so coming here we had small goals that we were trying to achieve. We made progress and we’re very satisfied with the foundation we built.”

“[Tonight’s performance] was successful first step into the competitive season,” Hubbell said. “This is a program that Zach and I are very passionate about. We already feel like we have a very easy time skating it because every part feels purposeful and there’s something about each part that we enjoy. While there are many things to improve when we go home, we were very happy with today’s performance.”