Who Let the Pets In?

Forget the sign “No Pets Allowed.” At 2020 Guaranteed Rate Skate America in Las Vegas this week, pets will be part of the audience of cutouts. 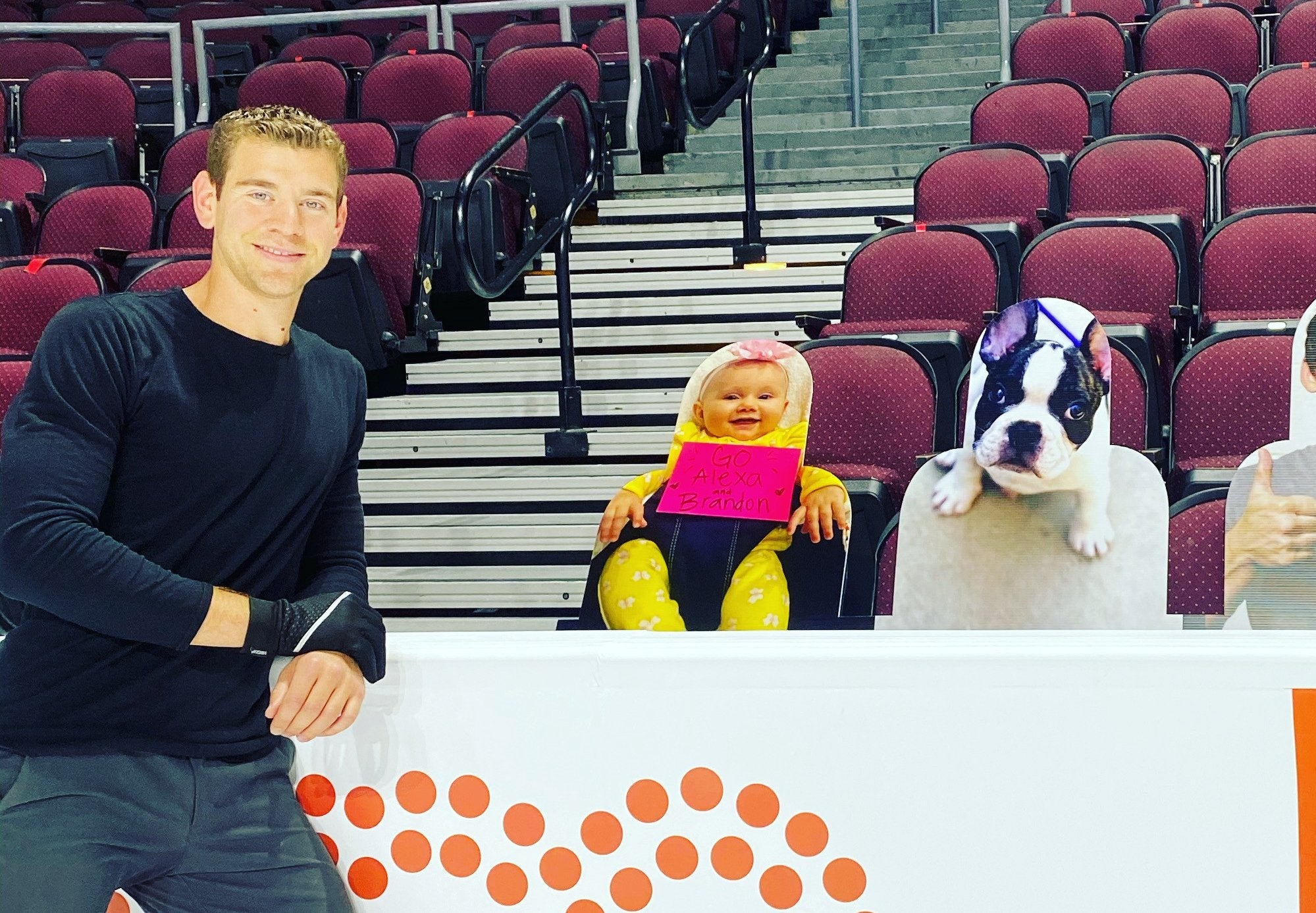 Forget the sign “No Pets Allowed.” At 2020 Guaranteed Rate Skate America in Las Vegas this week, pets will be part of the audience of cutouts. No doubt about it, these pets are excited to be represented at their first major skating event.

Angie Simants, of Tulsa, Oklahoma, is a U.S. Figure Skating judge. Her Shetland sheepdog Zoe can’t wait to check out the action on the ice.

“Skating competitions on TV are a special treat,” Simants said. “They mean long hours of quality snuggle time on the couch. She [Zoe] particularly loves when skaters are stroking very quickly across the screen, as it triggers those natural herding instincts.”

Brett Martinez’s 11-year-old Chihuahua-terrier-malamute mix Henley lives in New York City with his two dads, Brett and Chase. Henley was adopted from the spcaLA in 2011 and has been a huge figure skating fan since coming home.

“While watching skating with his family, he will jump up when his dads jump up in excitement for their favorite skaters, or he will console and paw at them when they are upset,” Martinez said. “Henley is extremely excited to ‘attend’ Skate America and secretly hopes he gets to sit next to Michelle Kwan's dog Ginseng. He is also excited to cheer on Gracie Gold as she returns to international competition as well as the rest of Team USA.”

Ann Barr of Livonia, Michigan, is a coach, official and USA team leader, so her 5-year-old Malteepoo Gizmo has always been around skating.

“When I watch videos on the computer, he puts his head on the edge of the computer and watches, and he has been in the rink many times,” Barr said. “He loves to run out on the ice. Because of COVID, I did not go to any international competitions this season, so I am happy Gizmo will ‘attend’ Skate America.”

“Their favorite discipline is ice dancing, and the Shibutani siblings are their favorite team," Reardon said. “Mace and Medea feel the Shib Sibs demonstrate the love of family and skating just as we do at home. Mace and Medea are proud to represent their mom at Skate America and promise to cheer for all the hard-working, talented skaters who are entered.”

Polar and his littermate Benny, along with Driskill and Bryant, are huge skating fans.

"We love being members of Friends of Figure Skating because we can express the support of the skaters in person, have the fun of meeting them and have the opportunity to learn from the guest speakers who address the breakfast events,” Driskill said. “Polar is definitely excited to be attending Skate America and will be watching on TV, too, to cheer on his favorite skaters. Only a lucky dog can be in two places at once."

However, it’s Sachi Takata’s dog, Nathan, who will most likely “travel” the furthest. Takata and Nathan reside in Tokyo.

Nathan was, of course, named after Nathan Chen.

“Nathan loves to watch figure skating on my lap,” Takata said. “He was born on the 16th of October last year, so we will celebrate his first birthday watching Skate America this year. Normally I can't go to skating events with my doggie, so I find it's a great opportunity for him to attend Skate America this way. We can't wait to watch our hero Nathan Chen’s great performance and our Nathan’s cutout on TV.”

Now that's something to bark about!