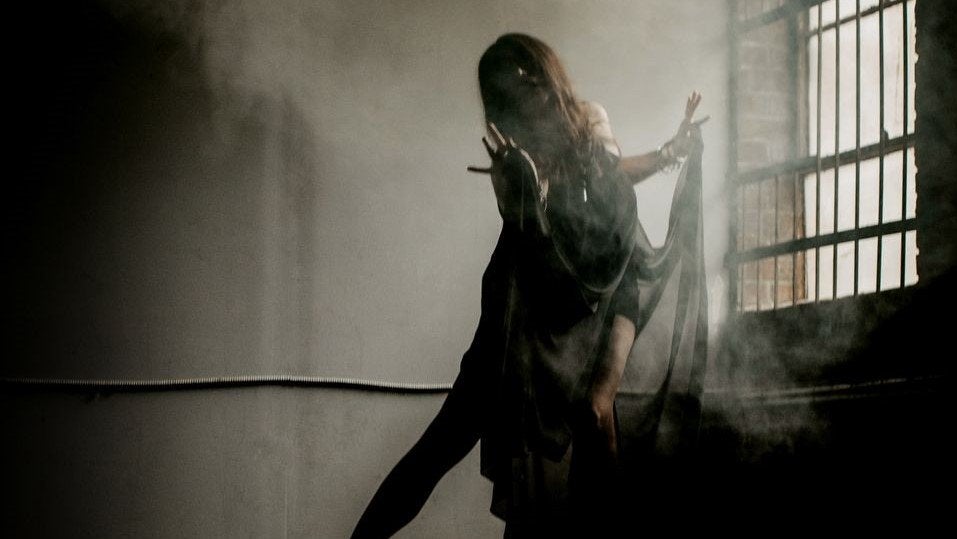 Sara Syms dedicated her life to synchronized skating beginning at the age of 7 or 8, all while also pursuing singles skating, ice dance, classical piano and singing in a world-renowned children’s choir. She went on to skate for the varsity synchro team at Miami University in Oxford, Ohio, which is where she met Erin Donovan, who was her teammate from the late ‘90s to early 2000s.

The two women have remained in close touch. After graduation, Syms went on to pursue a career in graphic design in New York City, where she taught singles and synchro for Figure Skating in Harlem on the side. She later moved to Nashville, Tennessee. Living in the heart of Music City, she could take her music to new levels. Donovan, meanwhile, was recruited in Ann Arbor, Michigan, 20 years ago to be the Director of the Hockettes and Assistant Coach of the Hockettes’ Junior Team.

During the pandemic, a group of former Miami teammates held a reunion over Zoom, which is when Syms shared the news that she’d be releasing a new album in 2022 called The Darkest Light, which is also the name of title track.

“It is a personification between the struggle between the shadows that we have and the sadness that we carry and all the self-doubt. There’s this kind of struggle between darkness and light, fear and love,” Syms explained of the meaning behind the song. “As I was writing songs for this album, the pandemic hit…and it just felt very parallel to what was going on in the world. ‘The Darkest Light’ is about how we can’t have the light without the darkness and about having the courage to sit with your shadows and all the things you’ve been running from. That’s when the light will appear. The chorus of it is, ‘It’s dark I know, but underneath there’s light, it’s dark I know, but shadows come and go.’”

When Donovan heard this concept, a lightbulb went off that this would be the perfect song to add to the Hockettes’ medley, which also consists of “Light of the Seven” from the Game of Thrones soundtrack, “In This Shirt” by The Irrepressibles, and “Where We Come Alive” by Ruelle. She and head coach Lindsay Grajek already had a vision in their heads that their free program for the season would tell the story of the relationship between ghosts, or your spiritual shadow, and humans.

“Sara sent me a preview of the whole album and when we were listening to that piece, it was really telling us the exact feeling of recognizing that you’re not on your own, you’re not alone, and looking inside yourself,” Donovan said. “It had this eerie, glowing sound to it, which went well with the ghost theme.”

The Hockettes are using their costumes and choreography to convey this deep message to the audience and judges. The ghostly shadows wear gray dresses and the humans wear pink dresses.

“You can see the visual of when they start coming together and when they’re separated,” Donovan explained.

The routine starts off scary and intense with the two groups of skaters separate but intersecting. Gradually, the ghosts and humans begin interacting and connecting more.

“Sara’s piece is actually the pivotal moment of it where you look inside yourself and you understand that ghost is there to support you,” Donovan said. “We have what is called an interlocking wheel and there are two different wheels. Each has two spokes. Each spoke is one of the colors of dresses. The middle person from each spoke comes together and does a pairs spin while the wheels are interlocking with one another, kind of passing by, so it’s very exciting. It’s really beautiful.”

The program ends on an uplifting note when the shadows are fully in the light and the skaters are all intermixed.

Syms describes her music as cinematic. She writes the lyrics, composes the music, plays the piano, and is the vocalist for her songs. “The Darkest Light” was recorded live in an old church in New Orleans that has been converted into a music studio, providing amazing acoustics that create a spiritual, haunting echo that is perfect for this track.

“I think synchronized skating is forever in my heart,” Syms said. “To be able to have my song played nationally and internationally in rinks is pretty awesome.”