Unity Ice Academy provides equal opportunities to people of color in the Los Angeles area through its annual summer camp. 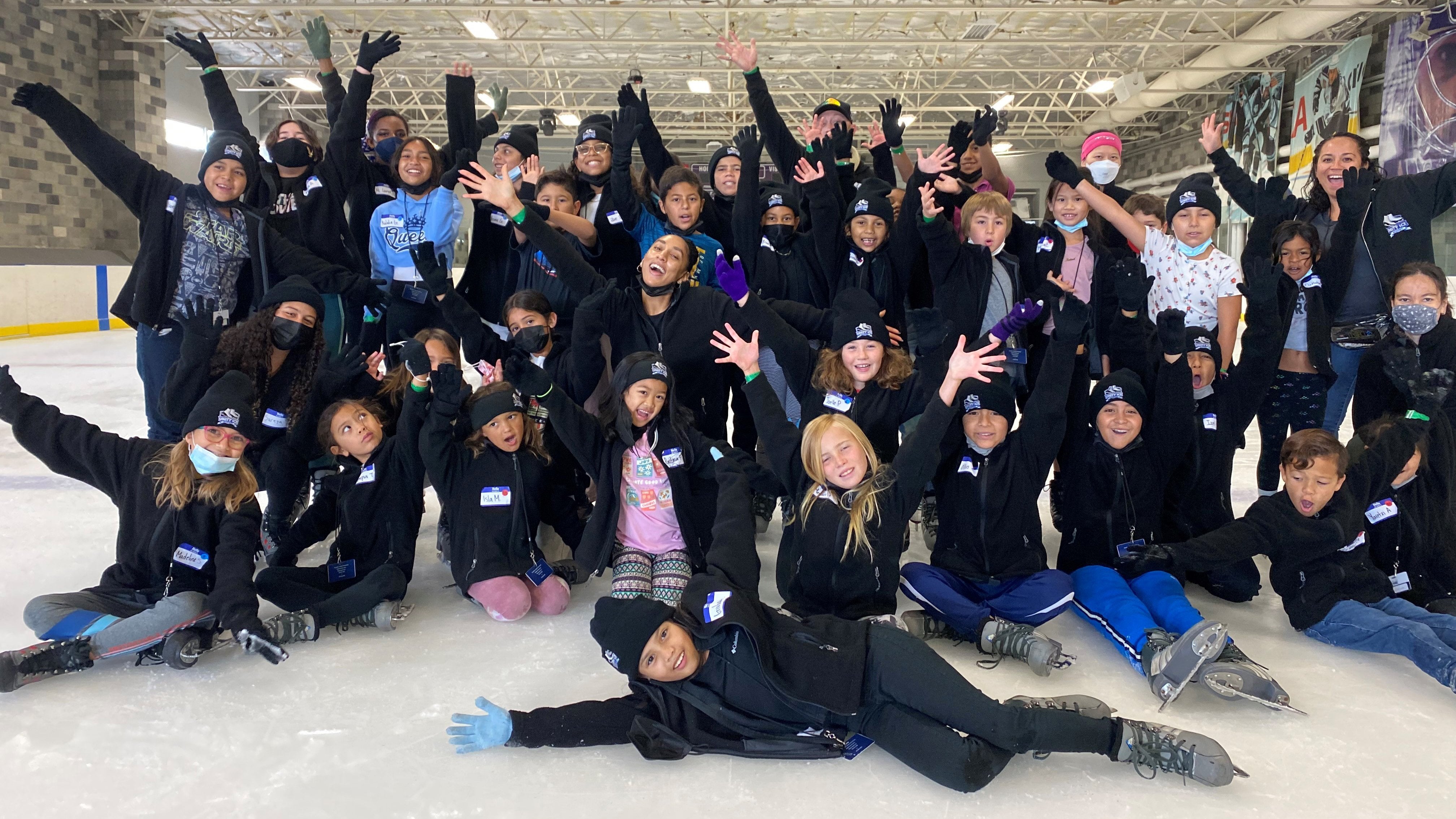 Above: Photo Courtesy of Ashleigh Ellis

Ashleigh Ellis began skating at six years old after being invited to a birthday party where guests were given the opportunity to try skating. She fell in love with the sport instantly, and she has been involved ever since.

However, over the years Ellis recognized a disparity in the number of opportunities available to people of color. Ellis, who identifies as African American, wanted to ensure all had the opportunity to find the same joy from skating that she did, so she decided to take the initiative toward making the sport more accessible.

“It became obvious to me when I was around 15 or 16 years old and I started realizing nobody looks like me, but I just couldn’t understand why,” Ellis said. “I want to help change the way ice skating looks. I’ve always wanted to provide free access to ice skating, or at least give kids a start who would not have otherwise.”

The COVID-19 pandemic provided her with the perfect opportunity to take time to sit down and brainstorm a business plan. The next year in 2021, she founded the Unity Ice Academy and held its first fundraiser.

The Unity Ice Academy provides free access to skating to underrepresented communities, by offering equal access, opportunity and coaching through their programming.

Unity Ice Academy’s mission is to provide access and education to the sport and instill life lessons such as determination, confidence and drive in children.

In July of 2022, the Unity Ice Academy hosted its first summer camp. Ellis went around to low-income schools around Lakewood, California, to recruit participants. She was surprised with the overwhelmingly positive responses despite the initial uncertainty of not knowing how many kids would be interested.

The first summer camp had nearly 60 kids sign up within the first day of registration. By the end of the summer, 51 kids completed the program in its entirety.

Camps are four weeks long and consist of on-ice skill sessions and off-ice dance classes. After that, campers come together for group activities with guest speakers like 2022 Skate Canada International silver medalist Starr Andrews, 1979 pairs World champion Tai Babilonia and Atoy Wilson who was the first African American to compete at the U.S. Figure Skating Championships. Each session focuses on a “word of the day,” like sportsmanship, teamwork or competence. Campers are also provided free breakfast and lunch at the beginning and end of each day.

“We curated lessons based on age, and even the five-year-olds were leaving with a greater sense of confidence and resilience. The difference between when they started and finished was huge,” Ellis said.

She shared the story of a 5-year-old camper named Nia who came in shy and reserved. By the end of the camp, she came away with many new friends and a newly discovered sense of self-confidence. She even got up and sang a song in front of everyone during their trip to Knott’s Berry Farm.

Now as the Unity Ice Academy gets ready for its second year of camp, there is a waitlist of over 250 skaters.

This January is the 22nd annual National Skating Month with the theme of “Join in the Fun, Skating is for Everyone.” This is an important mindset for the Unity Ice Academy.

“Skating is for everyone and 95% of the kids we provide this camp to had never skated before,” Ellis said. “By the end of the camp, they have gained this new skill and a new sense of confidence and determination through a sport that they would have never been able to realize had it not been for the camp.”

Through the help of fundraisers and donations, the Unity Ice Academy is hoping to establish a scholarship fund in the future for kids who continue skating throughout the year.

“If everyone can work together, we could all find a way to give people an opportunity to get on the ice and skate,” Ellis said. “It’s about being able to introduce different types of people to the sport. You never know who's going to have that passion for the sport and who's going to have the ability to take it to the next level, so these types of programs are important to spread that love for skating.”