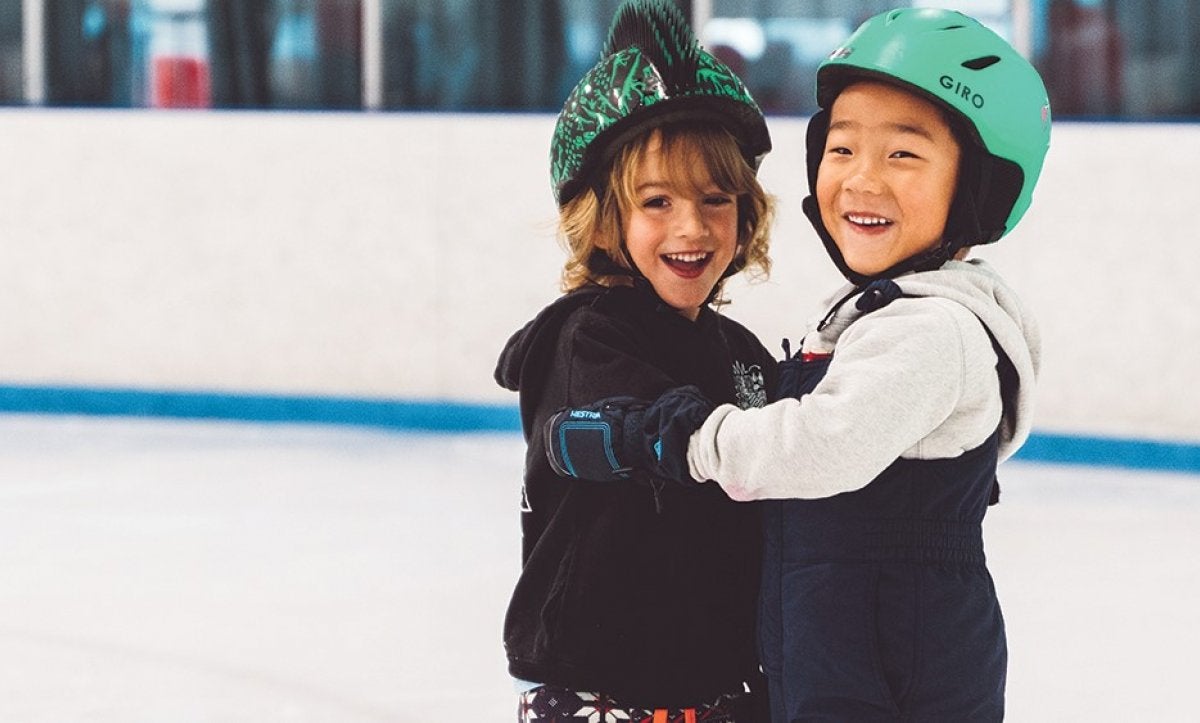 One week they are exploring a jungle. The next week it's time to hunt for pirate treasure, and all, of course, while on skates.

Welcome to Tot’s Camp, held every summer at the Chelsea Piers Sky Rink.

"I'm actually the fourth coach at the rink to run the program," said camp director Freddie Moore. "The first Tot Camp director, Bridie Myles, was asked to run it when Sky Rink leadership at the time noticed her quickly expanding tot client base. It was a revelation that there was a whole part of the skating community Sky Rink needed to tap into."

Fun begins the second campers step on the ice. 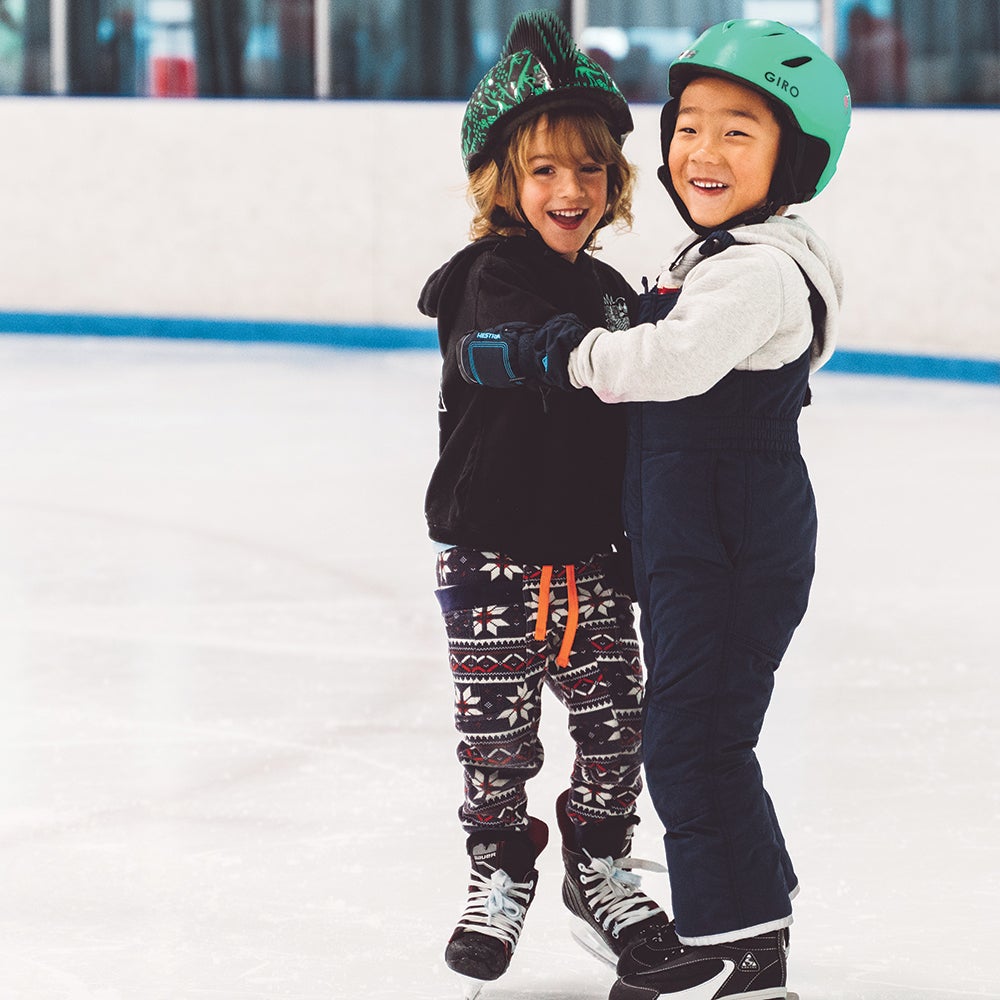 "We start each day by preparing the kids for the ice," Moore said. "Making sure that skates are tied properly and that each child has a helmet and pair of gloves. Then we have them march out to the ice where they all join for a great group warm-up minutes before splitting into smaller group classes."

Moore is amazed at how much the little ones open up to new experiences by interacting with their fellow campers.

"Greg Wittrock, who everyone knows as the Tot Camp guru, gave me an amazing tip my first year running the program. If a child is struggling to get on the ice, help them make friends with another camper who is off the ice. The bonding experience of facing their fears together, those friendships can change their experience, not just with us but also the way they interact with the world outside the rink."

A weekly show is part of the Tot’s Camp experience – and Moore's favorite part of running the camp.

Each week includes a unique theme, which is then incorporated in the camp's off-ice arts and crafts projects, sing-along songs, dance and skating classes.

"By the end of the week, the kids are heavily invested in the theme, whether its dinosaurs or magic, and they get to show off for their families," Moore said.

Moore also enjoys picking out music for each show. 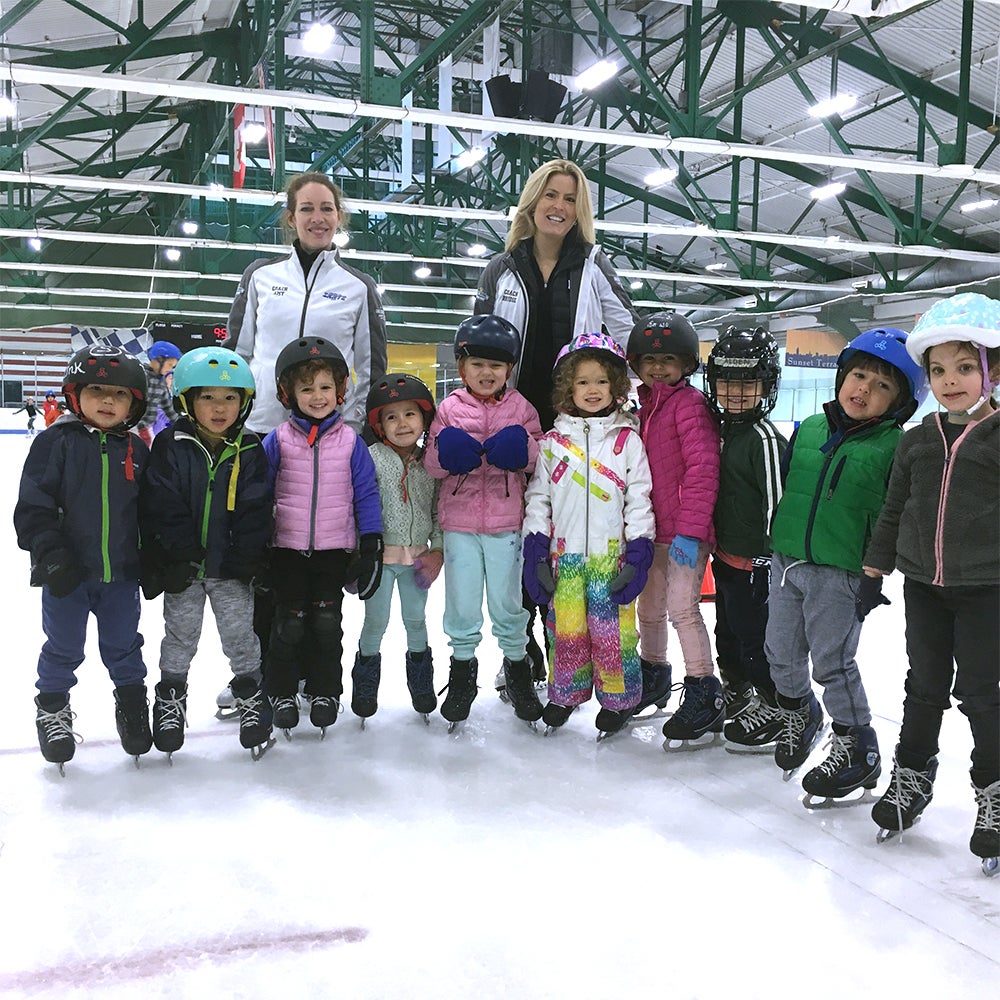 "It's also a great time for our counselors, many of whom have been competitive skaters, to show off their skills as role models for the kids," Moore said. "One of our coaches, Marni Halasa, dons fairy wings each show, and that mesmerizes the campers as well."

The Friday show is the one of the best parts for the campers; it’s a chance to show off what they've learned.

"It's such a special time for parents and guardians," Moore said. "Some kids come to us on Monday, barely able to stand on the ice. By Friday at the show, they are skating, marching and gliding around all by themselves. That's definitely a rewarding feeling."

"It’s zany, exciting and deeply loved by all of the kids. It's part of what makes our camp so special," Moore said.

"Oftentimes, the campers who have a great time with us join our learn to skate classes later in the fall, then go on to take private lessons, and might even join our June competition the following year," Moore said. "Some go on to join our hockey programming."

For Moore, the best part of directing the Tot Camp is her campers.

"There are so many different personalities that we encounter over the summer. Our time together creates so many stories and memories," Moore said. "When I was growing up, I always had my skating family at Sky Rink, and it's been an honor to get to play a more significant role in the community as a year-round coach and director of the Tot's Camp."