'There is a place for all'

Theatre On Ice finds its home in U.S. Figure Skating 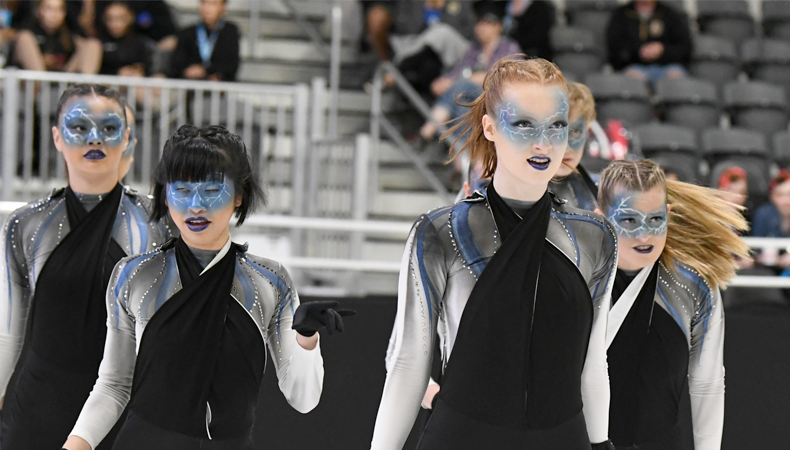 In 2008, a group of passionate skaters stepped on the ice in Burlington, Vermont, and made history. They painted their faces, wore extravagant costumes, carried elaborate props and told stories that had never before been told on the ice. This was the setting for the first National Theatre On Ice competition, where 26 teams made their mark.

Theatre On Ice (TOI) combines the grace of figure skating with the excitement of theater and dance. Teams of 5-24 skaters perform in two events: choreographic exercise and free skate. TOI competitions are judged on five dimensions: theme, music/sound, choreography/movements, performance and costuming/sets/props.

Since its humble origins, TOI has seen booming growth within U.S. Figure Skating. Eighty-two teams competed at the most recent National Theatre On Ice competition in 2019, more than tripling the numbers in Burlington. Within the organization, there are nearly 100 teams currently registered.

But how did it get started? Ask Judy Edmunds and Roland Bessette, the first and second chairs of the Theatrical Skating Committee.* Both are from Massachusetts.

“Vermont was the leader, then the Skating Club of Boston followed,” Edmunds said.

Thinking back to the beginning, Bessette recalled, “TOI started with the Vermont Children’s Ice Theatre. Word got out about this new, exciting part of skating. Then, the first TOI competition was held in the United States.”

“I led the crusade for TOI both in the United States and internationally,” Edmunds said. “The person that was beside me most of the time was Roland.”

The committee became official shortly after the first Nations Cup was held in Toulouse, France, in 2010. The second Nations Cup came to Hyannis, Massachusetts, in 2011, home turf for Edmunds and Bessette. Edmunds remembers facing many obstacles in the early days.

“The French did not want adults, hence the addition of the Adult Gold Cup,” she said. “If they did not do this, then the U.S. was not going to participate.”

Right from its roots, inclusivity has been a large aspect of TOI.

“It was meant to be a family event,” Edmunds said. “Many of the skaters would most likely not be able to be solo international skaters, but being on a Theatre team gave them a chance to skate internationally. It was not meant to try and take over synchro.”

What makes TOI unique is that it provides an opportunity for skaters of all ages and levels. Its inclusivity reached new heights when Adaptive Skating athletes were welcomed to the discipline. Edmunds sees this as one of her greatest achievements.

“One of the best things I accomplished was being able to have Special Olympics be part of TOI here in the United States,” she said. “There is not a dry eye in the arena.”

TOI offers a creative outlet for skaters who love to perform together. Bessette sees TOI as “a tremendous way for clubs to keep people in skating. These skaters show that the best part of skating is having fun and entertaining.”

When asking any expert about TOI, the word “fun” is heard frequently. Edmunds recalls fond memories of some of her favorite teams throughout the years, noting that “the Skating Club of Boston had one of the best adult teams in the United States. Many of the skaters could hardly skate in the beginning, but they knew how to make the audience sit up and watch!" In fact, the Skating Club of Boston's team dates back to 1996, when it performed at the 1996 Open International Theatre On Ice Competition. It has since evolved into Imagica of Boston, which just celebrated its 25th anniversary, and Act I of Boston, which just celebrated its 20th year.

In addition to the strong showings from Boston, Edmunds remembers, "The senior team from Los Angeles Figure Skating Club was fabulous; one special program I remember is ‘Bohemian Rhapsody.’ Another great senior team was Harmony Theatre Company from Michigan.”

Piercyn Hunt has been part of the Harmony Theatre Company for a decade, spending eight of those years as a coach and choreographer. When asked what she loves the most, Hunt said she enjoys the level of creativity from all teams, watching them set the bar higher each year.

Since its inaugural moment in Burlington, TOI has come a long way. Where can it go next?

“I hope to see TOI continue to survive,” Bessette said. “For skaters who love to act and entertain, it’s a place for them to be themselves and have fun.”

‘Over the years it’s become a much bigger event,” Hunt said. “I’d love to see TOI continue to grow and inspire new teams to come join us in this amazing community.”

For Edmunds, she fondly remembers those who helped get it started, and values everything that the discipline represents.

“There is a place for all,” she said. “We are so lucky here in the United States as people are willing to listen, try new things and work as a team. It was a labor of love, and without the assistance of many people, TOI would not have become so popular.”

Thank you to the following people who helped launch TOI in the United States and internationally:

*As part of the 2019 Committee Realignment Project, the Theatrical Skating Committee became part of the Programs & New Program Development Committee.