Paprocki, who has coached for the Minnesota club for the last eight years, is legally blind. That kind of life isn’t normal — it’s extraordinary. And it’s why Pappas-Owen decided to nominate him as one of U.S. Figure Skating’s Get Up ambassadors. 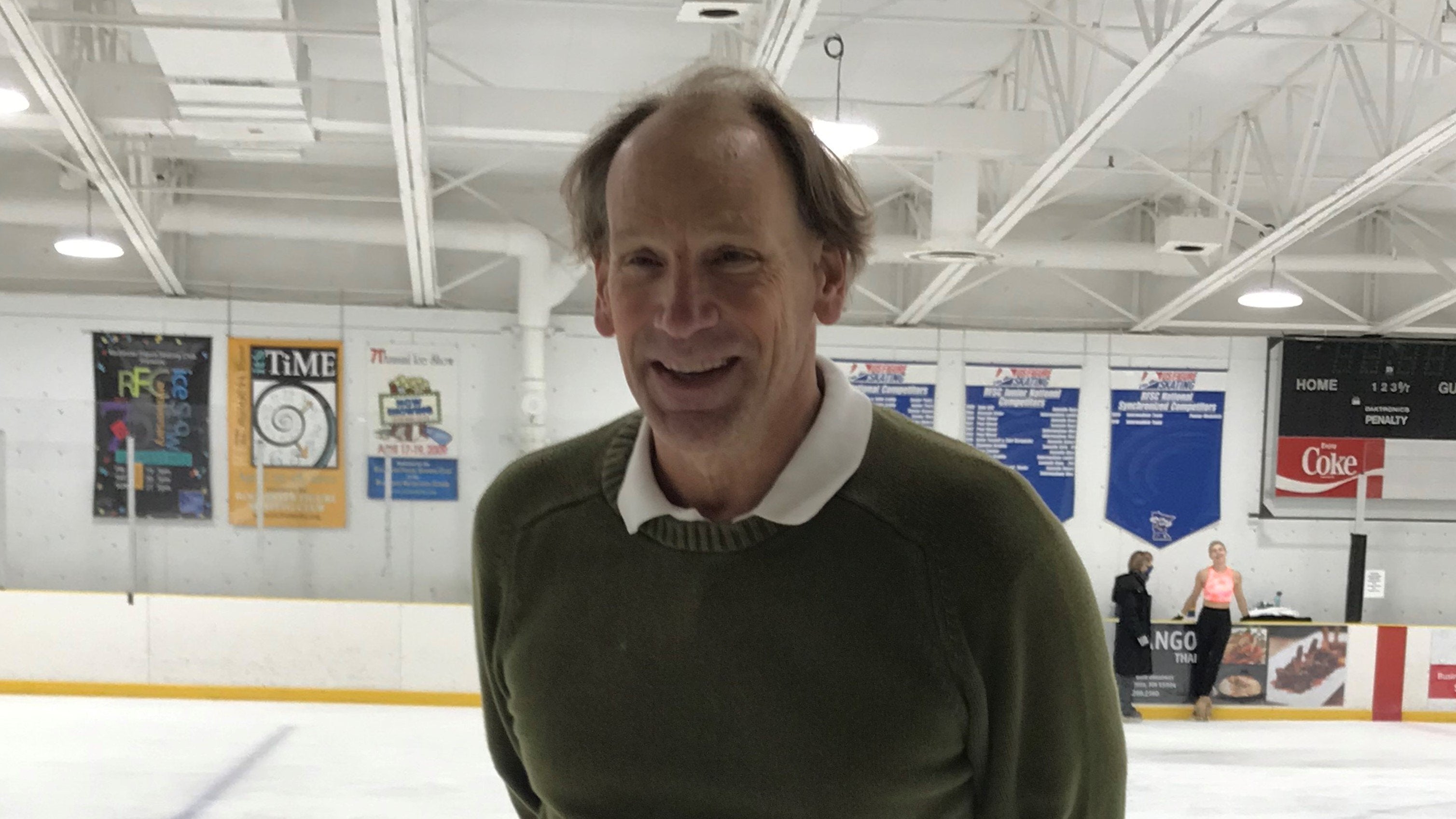 From the October 2021 issue of SKATING magazine.

Rochester Figure Skating Club office manager Anne Pappas-Owen has told a few parents not to take it personally if Paul Paprocki does not look them in the eye. The lack of eye contact actually means he’s listening.

Paprocki, who has coached for the Minnesota club for the last eight years, is legally blind, and standing the way he does — at a slight angle, so he can watch with his peripheral vision — makes it easier for him to take in what’s being said.

Some would use the condition as their justification for not embracing opportunities. Not Paprocki. He decided a long time ago that he would do whatever he could to ensure that his life looked as normal as humanly possible.

That vow has put him through college, earned him a position as Rochester Figure Skating Club’s skating director, and now enables him to propel the skaters he coaches to reach their maximum potential.

That kind of life isn’t normal — it’s extraordinary. And it’s why Pappas-Owen decided to nominate him as one of U.S. Figure Skating’s Get Up ambassadors.

“He perseveres through everything,” she said. “He’s encountered roadblocks that many people would just say, ‘Oh, you know, I’m not going to be able to do that. It’s too hard.’

“Paul always just gets up. You know, things don’t always work out for him. And when they don’t, he takes it in stride and makes a new plan.”

When Paprocki’s sight began waning at the age of 16, he wasn’t thinking about inspiring others. No, he was focused on the one thing every 16-year-old looks forward to: being able to drive.

In fact, the local DMV tipped him off to the decrease in his vision. A failed eye exam pushed back the day he’d get his license and sent the teenager to the eye doctor. On the day of the appointment, his vision checked in at 20/25 in his left eye and 20/30 in his right eye — below the threshold to legally get behind a wheel.

Paprocki was diagnosed with Stargardt disease, a juvenile onset form of macular degeneration. Six long weeks passed before a pair of glasses arrived that allowed him to obtain a temporary driver’s license.

However, his freedom on the roads would be short-lived.

Two months after his birthday, Paprocki was driving through a construction zone when he mistook a worker’s signal to stop as a sign to keep going. Paprocki slammed on the brakes, and while his quick thinking prevented an accident, it did nothing to soothe the emotions of those who had witnessed the incident.

A third eye exam a few weeks later revealed that his eyesight had further deteriorated, enough that he was now considered legally blind. Driving would no longer be a possibility, but Paprocki didn’t let the realization drag him down.

“I just felt like when one door closed, [another would open],” he said. “I started looking for other doors that were going to open up and other things I could do.”

One thing he could do was keep skating. He’d started figure skating at the age of 14 in an attempt to find community, and he eventually made the transition to ice dance.

At first, making the switch was a bit of a challenge. However, with the help of his coaches and that same “get up” mindset, he learned the ins and outs of the discipline. Today, he’s showing his own skaters the tricks of the trade.

“He just doesn’t give up on his students,” Pappas-Owen said of his coaching style. She would know. Paprocki was the first one to bring her son, Colin, onto the ice.

“He truly engages with each student, becoming not just a teacher, but a mentor, a friend,” Pappas-Owen said.

Living with limited eyesight certainly hasn’t been easy, but the challenges he’s faced have given him a unique perspective that allows him to pay it forward to the next generation of skaters.