Yovanny Durango's work ethic instilled at a young age has paved the way for success on and off the ice. 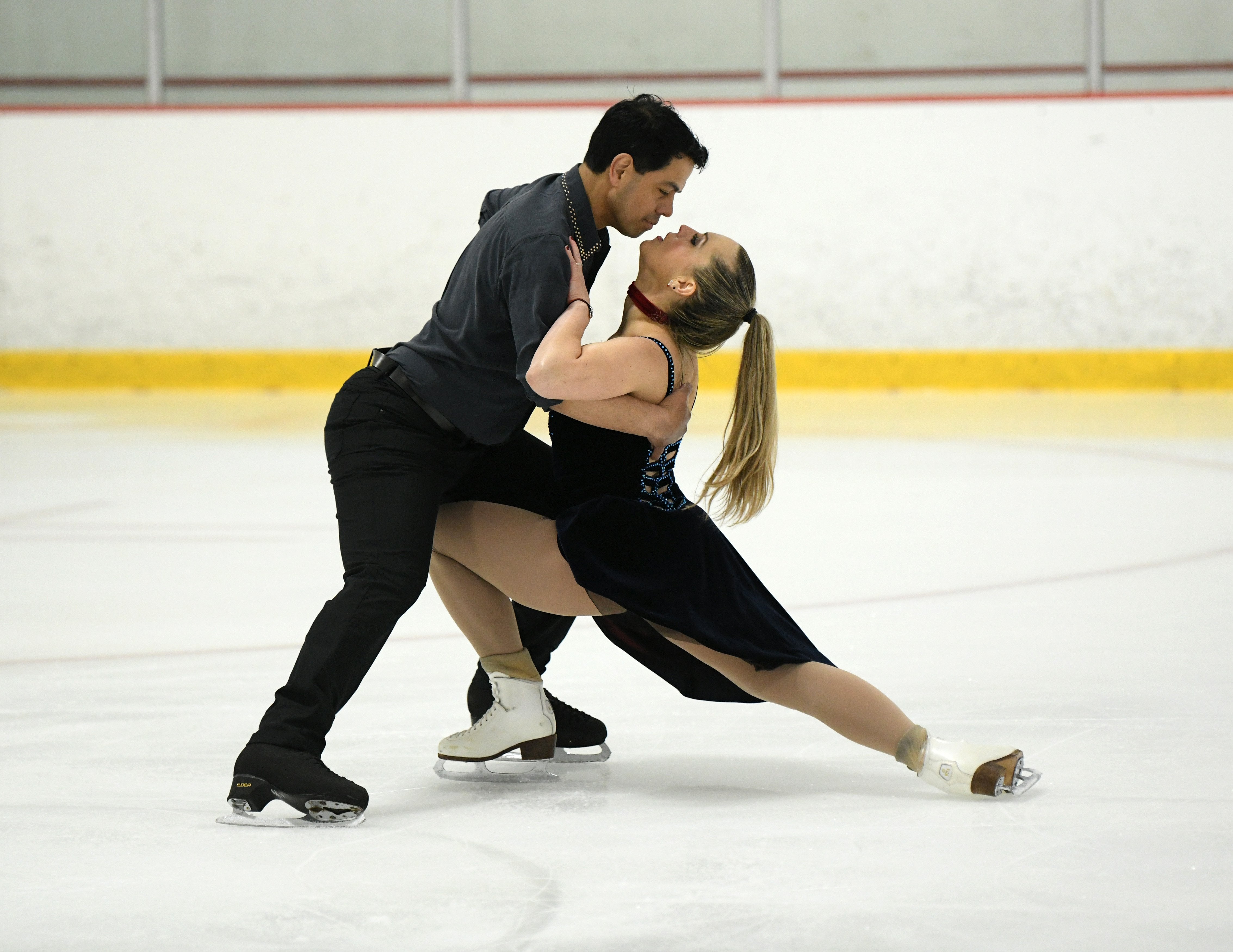 A theme surrounds Yovanny Durango’s career in a rink.

The adult ice dancer’s journey is a little different from other skaters. To him, “home” was wherever his mom could be found, and at times it was difficult to find the funds to support Durango’s skating. Rather than give up, he found other ways to make his hobby happen: he would sell tickets prior to competitions, he would work the snack bar when he was not on the ice himself, and he would give others the chance to experience ice skating through his time working in skate rentals. Rather than become jaded by the extra hurdles in his path, Durango chose to embrace the lessons he learned from the adversity.

Durango initially moved to the United States from Medellín, Colombia, the second largest city in the South American country. He was 13 when he and his mom packed their bags and headed to New York. Though he does not remember much about the beginning of his time in the U.S., he does recall being excited to see a new country.

“It was just sort of like, an unexpected thing at the beginning,” he said. “We were just kind of trying it out. I guess my mom was trying to adjust to see what would happen.

“And then we decided to stay.”

She got a job as a seamstress, and he enrolled in a school where both English and Spanish were spoken. Durango did not know it then, but American education would lead him to the sport that has gone on to play a vital role in shaping who he has turned out to be.

Not long after he arrived in the U.S., one of his teachers took an interest in his Colombian heritage. He asked Durango about his hobbies, noting that the sports that were traditionally played in South America did not interest him.

“I said, ‘Well, you know when I was younger, I used to skate [on] roller skates. And it would be kind of cool to ice skate,’” Durango remembered.

The comment led the teacher to set up a school field trip to an ice rink. There, Durango and his classmates had the opportunity to look around and try a pair of skates on for themselves.

“I liked it,” he said. “I really enjoyed it. And I just kept going back.”
He signed up for Learn to Skate classes and quickly made his way through the program’s various levels. A coach suggested he should try private lessons, and after negotiating with the rink to assist around the facilities in exchange for the instruction, Durango began the next step in increasing his skills.

One of the people he learned from was Darlene Gilbert, an ice dancer who performed at the 1964 World’s Fair in Queens, New York. After watching him glide around the ice, Gilbert suggested he try the discipline she was known for.

“She mentioned to me, ‘Well, you know, if you really want to improve your skating skills, maybe you should take up some ice dancing because it'll really improve your posture, your edge quality, your musicality’— all that stuff everybody tells you when you’re a free skater,” Durango said.

He made the switch and has not looked back. Now, decades later, he competes as an adult ice dancer with partner Shay Sterlace.

Years may have passed, but one thing remains the same: Durango’s dedication to hard work. His and Sterlace’s commitment has propelled the duo to five U.S. Adult Championship ice dance titles, as well as six first-place finishes in sectionals.

According to Sterlace, the pair’s complementary personalities also contribute to their success on the ice.

“We're good for each other; we balance each other out,” she said. “I think we’re very motivated… [Skating with Durango] just seemed right.”

Sterlace and Durango’s commonalities go beyond their love for skating. Sterlace’s parents also immigrated to the U.S., and she believes their experience helped her forge a deeper bond with her partner.

“I think we understood each other,” she said. “He also worked hard, I worked hard. You know, I understand some of the struggles that he and his family went through [that are] similar to mine.”

The work ethic that was instilled in both of them years ago has paved the road for the team’s success, both on the ice and beyond.