Adult skater reflects on losing her parents as a teen. 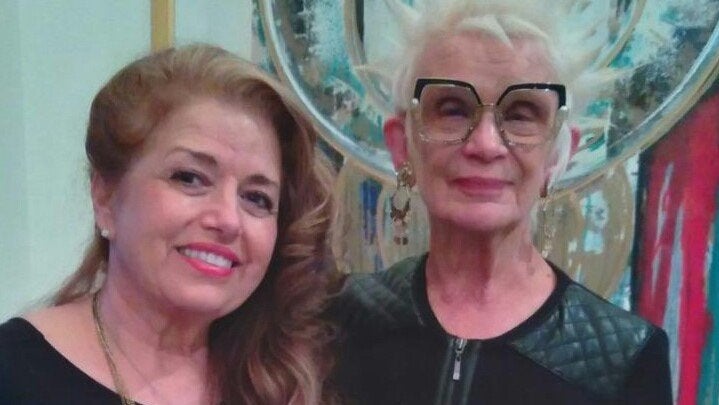 Tragedy can change everything, often in the blink of an eye. It flips the world on its head, leaving one to navigate an unfamiliar universe.

A person has a couple of options on how to proceed when that happens: Try to wish old ways back into existence, or face the challenge head-on.

When Rosie Finocchi found herself at such a crossroads, first at the age of 13, and then again at 19, she chose to embrace the trial. Rather than letting the adversity knock her down, she chose to get up.

Finocchi hails from Tonawanda, New York, a small city 15 minutes north of Buffalo. She first took to the ice at the age of 2; when she was little, skating was a family affair. She often tagged along on trips to the rink with her brothers, and when her father realized how quickly she was taking to the sport, he built an ice rink in their backyard.

Why did she fall in love with skating?

“There was nothing else like it,” Finocchi said. “I loved the fact that you could just move every direction that you wanted to and go forward and go backward.

“There was nothing else that made me feel as free and as fun, and like I was flying.”

That freedom would go on to act as a salve as she grieved the loss of the one who had made certain his daughter had access to the hobby she enjoyed most.

April 20, 1967, began like any other morning. Thirteen-year-old Finocchi woke and walked toward the kitchen, expecting to find her parents as she always did: Dad at the table reading the newspaper and Mom cooking a breakfast of eggs and toast. That morning, a different sight awaited her.

As she walked into the living room, she found her father in his recliner, fighting for breath. Finocchi didn’t know it at the time, but she was witnessing a heart attack. As her dad struggled to bring air in and out of his lungs, he managed to get out a single question.

“Oh God, who’s going to take care of my family?”

Without hesitation, Finocchi answered, “Don’t worry, Daddy. I will.”

Those were the last words she ever spoke to her father. George Finocchi passed away later that afternoon, at the age of 47.

After that, nothing in Finocchi’s life was the same.

“I ended [the day my father died] ripped open and stunned by grief — feeling forever changed, feeling forever unsafe and feeling forever different,” she wrote in her 2019 book, My Parents’ Orphans: The Rosie George Finocchi Story (available on Amazon).

Despite the sudden responsibility of being the sole provider of four children, Finocchi’s mother made sure her daughter was still able to skate. The beloved pastime was her rock as life outside the rink continued to evolve. Her mother was diagnosed with breast cancer a year after her father’s death, and after the medical circumstances made it difficult for Finocchi to regularly attend classes, social workers assigned to help her family suggested she drop out of school.

Things began to look up when her mother went into remission, but the relief didn’t last long. The cancer returned two years later, and she passed away in 1972.

At the age of 19, Finocchi had endured what many would consider unthinkable. But she did not let the pain of the past define her.

She obtained her GED in 1987 and went on to skate in the first-ever Pacific Coast Adult Sectional Championships the same year. Between 1987 and 1991, Finocchi won five gold medals in the adult showcase category. She has finished on the podium of adult events more than 200 times.

“Skating saved my life in many ways,” Finocchi said.

The sport acted as an open door to joyful memories and played a crucial role in her fitness journey. Spinning around the rink, for example, helped her lose weight she’d put on in wake of her father’s passing.

Her success on the ice also propelled her to go back to school. She earned a bachelor’s degree in business law and a master’s in theology and pastoral counseling. Now she works as a chaplain serving youth, many of whom are facing trials similar to her own.

Tragedy might have completely altered the course of Finocchi’s life, but the obstacles she endured now allow her to remind others that they are not alone in facing adversity.