'Skating in my DNA'

Hall returns to ice after 55 years away. 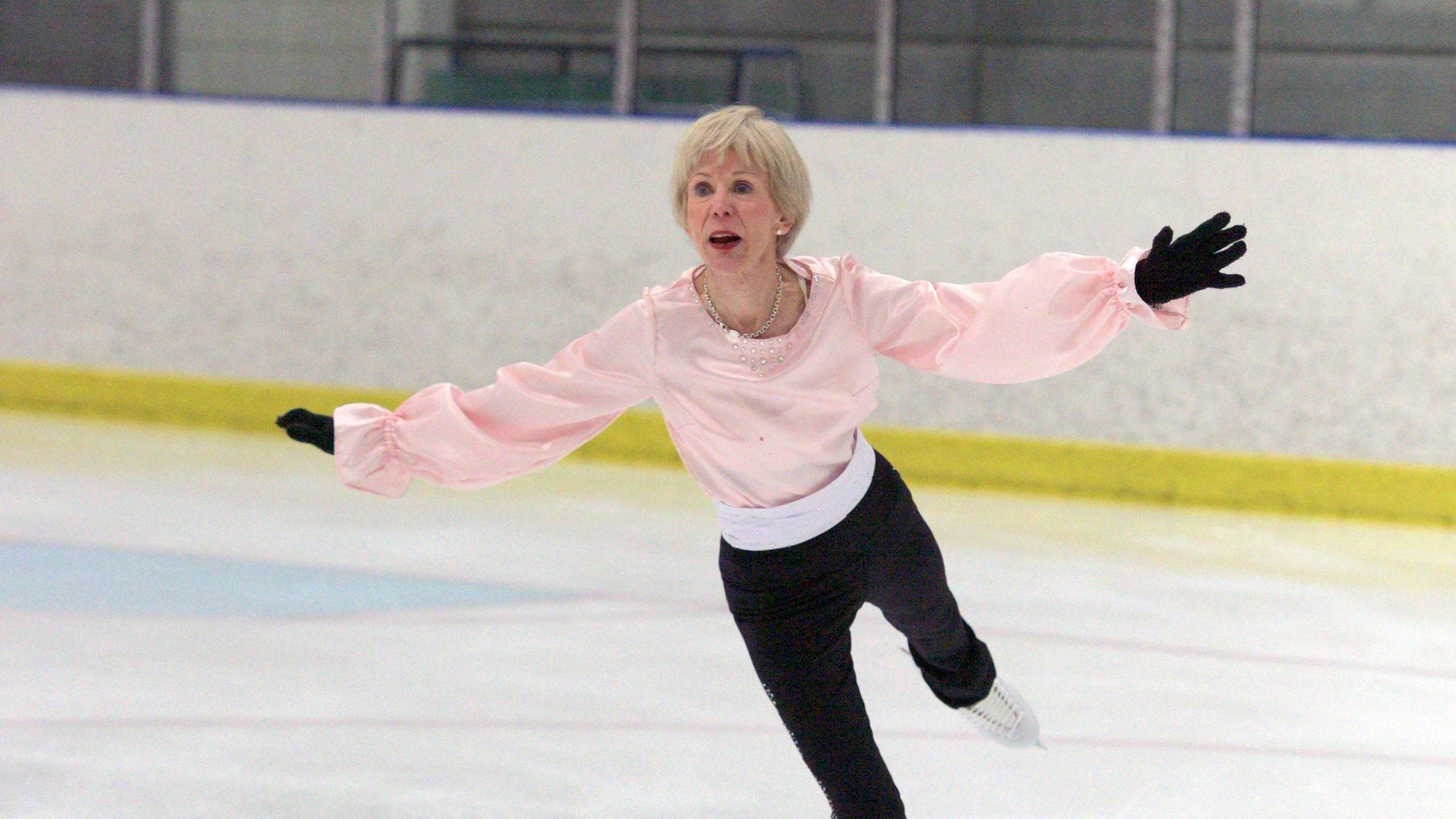 Meredith Hall stepped into an ice rink with confidence in 2018. Though she had not set foot on the ice in 55 years, she was certain the skill that had once been second nature would come right back to her.

However, the 78-year-old’s first time back on skates did not go as smoothly as she had hoped. Gone was the ability to glide effortlessly across the ice as she had in her younger days; instead, all she could do was wobble around and hope she did not lose her balance.

Perhaps skiing was to blame. Hall had spent the last years traversing the slopes, even becoming a professional ski instructor at age 62. Maybe her feet were just not used to the rocker on the skate’s blade. Whatever the reason, the surface below felt completely unfamiliar.

“It was so awkward. It was so foreign to me until I skated two or three times,” Hall said.

She pushed through the uncertainty and eventually regained her confidence, even going on to skate at the 25th annual U.S. Adult Figure Skating Championships in Salt Lake City in 2019. For Hall, tying up a pair of skates again was not a choice, but something she felt she needed to do.

“My son says I have skating in my DNA,” she said.

By returning to the ice, Hall scribbled a storybook ending onto a script that had begun dozens of years before.

Long before that day in 2019, Hall was a little girl entranced with the intricacies of figure skating. Her father’s role as vice president and general manager of the iconic Broadmoor Hotel gave Hall access to the Broadmoor Skating Club, where she trained under Austrian coach Edi Scholdan. There, she developed friendships with many well-known skaters, including Greg Kelley and his older sister, Nathalie.

“[Greg] was just the nicest kid,” Hall said. “He really was. And he was very smart. He got excellent grades, and he wanted to be a doctor.”

In fact, Kelley’s aspiration of a career in the medical field was the subject of conversation one night in 1961 during a ride home from the ice rink. He was about to depart for Worlds in Prague, and as she dropped him off, Hall commented that she would see him after he returned.

“He said, ‘Yeah, but I have to go to school because I want to be a doctor,’” Hall said.

It was the last thing Kelley would ever say to her. He was one of 72 passengers killed when Sabena Flight 548 crashed en route to Czechoslovakia.

Hall remembers every detail of the moment she learned her friend would not return. She was dressed in a gray sweater with a brown- and gray-striped skirt, and she was by the toaster, getting ready to head to class at Colorado College when her father walked into the room.

“He said, ‘Listen, there’s been a plane crash. And it looks like it was the same flight that all of the skaters were on,’” Hall said.

Later, she and her father found out that the plane that had crashed was indeed the one carrying the figure skating team. As she tried to comprehend the news, Hall was struck by another detail: She was supposed to have made the trip with Kelley.

Coach Scholdan had invited Hall along, but her father’s discomfort with Czechoslovakia’s Communist government led her to decline the offer.

At age 24, she was given the opportunity to skate in Europe. While she was abroad, her health took a bizarre turn. Muscle weakness left her unable to complete simple tasks like combing her hair and brushing her teeth. Nearly a year later, doctors discovered why: Hall had myasthenia gravis, an autoimmune disorder that causes antibodies to destroy communication between the brain and the body’s muscles.

A medication called Mestinon eventually gave Hall her strength back, and in 2018, a neurologist at the University of Utah determined that she was in remission.

At the 2019 U.S. Adult Championships, Hall once again displayed the courage and fortitude that she exhibited during those difficult times in her life. While warming up for her event, she caught an edge and fell face-first onto the ice, cutting her lip wide open.

Undeterred, she jumped up and skated to the rink boards, where a volunteer gave her a tissue to stop the bleeding. Moments later, she performed a moving program to music by Andrea Bocelli.

“It has made me so happy that I’ve been physically able to start again after 55 years,” Hall said. “They always say I’m really blessed, but I am really so thankful. I stood out there and I thought, ‘My gosh, this is actually happening.’ It was very exciting for me.”