Lena Lewis has blended her passion for skating and fashion in the pages of Vogue. 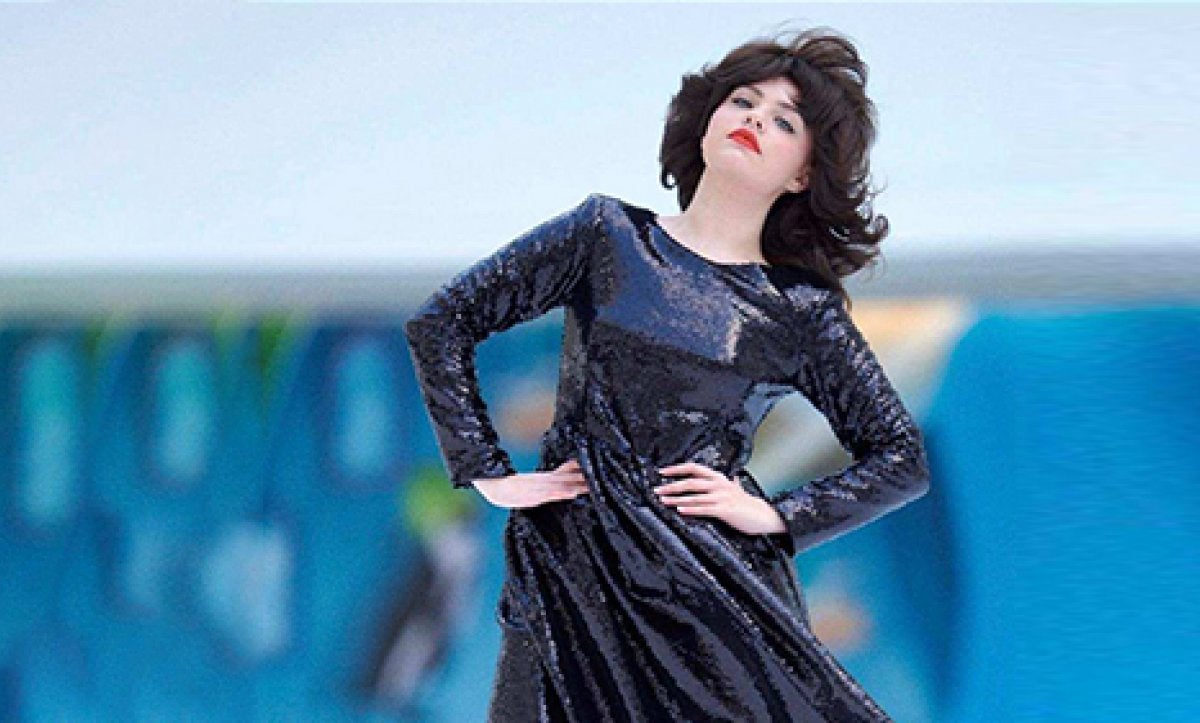 Like figure skating, modeling is an ultra-competitive field. It’s not every day a model gets the chance to appear in Vogue. Ice dancer and model Lena Lewis was recently featured in the iconic fashion magazine and in her words, “It was the best day ever.”

The three-time national solo dance medalist,  who trains with longtime coach Ken Foster, recently appeared in Vogue as a model for Batsheva. The clothing line is best known for its prairie-inspired designs. Batsheva Hay is the founder and designer for the label.

Lewis, who is a member of the North Jersey FSC in Wayne, New Jersey, was eager to model for such a unique brand.

"I knew her designs were very feminine and romantic, as I’ve seen many celebrities wear her designs,” Lewis said. “Her work mirrors the Victorian era but with a modern twist with animal prints and sequins. Her designs are artfully put together and are recognizable. It was a huge honor to meet and work with her.”

Lewis only recently signed with her agency, Natural Model Management.

“I was actually scouted for modeling when I was 15 years old,” she said. “I was in Los Angeles for a skating competition [the Southern California Open]. I thought it was cool but I declined because at that time ice dance was my total love and focus. It was only until recently during New York Fashion Week last September where I officially signed a contract with the same agency that scouted me four years ago.”

Since signing with her agency, she has booked several high-profile modeling jobs, including HauteLook by Nordstrom and Kingdom & State.

Modeling can be quite physically challenging, and Lewis was able to use her training as an ice dancer to her advantage. The photo shoot took place at the ice rink at the American Dream Mall in East Rutherford, New Jersey. Lewis modeled designs from Batsheva’s Fall 2020 Ready-to-Wear Collection.

“Being a competitive ice dancer, it was actually pretty easy to be in that environment,” Lewis said. “As an ice dancer, we are detailed with our movements, have strong skating skills, intricate choreography, smooth transitions, and try to make every movement look like a perfect picture. I was comfortable at the shoot which made it even more fun.”

As part of the photo shoot, Lewis had to cover her auburn hair with a wig. It added an extra layer of difficulty when it came to certain skating elements.

“It was my first time modeling with a wig, which was challenging when it came to spinning,” she said.

The clothing line was founded in 2016 and has been featured in several publications, including a September 2018 feature in The New York Times.

Being able to combine her two passions proved to be a once-in-a-lifetime experience.

“My dream job was always to model something involving skating and the icing on the cake is that it was featured in Vogue,” she said. “It really was a dream come true.”