'A sense of freedom' 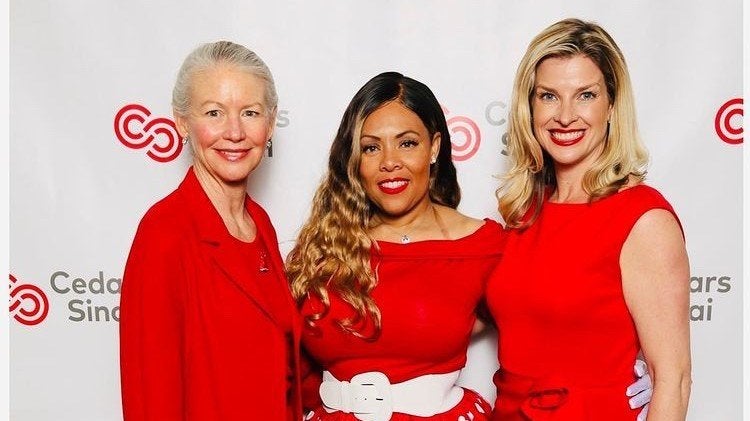 Editor’s note: Toshawa Andrews, the mother of Team USA member Starr Andrews, was selected as one of U.S. Figure Skating’s eight Get Up Ambassadors for 2021. Her story and those of the other special honorees will appear throughout the rest of the year in SKATING magazine and on usfigureskating.org.

Toshawa Andrews has always felt a connection with figure skating.

Something about the rink calls to her; it is a pull that she cannot explain. The ice is where she feels happiest and where the weight of the world disappears. The moment her blade hits the ice, she can breathe, and the cacophony of everyday life is suddenly placed on mute.

How fitting, then, that the ice holds the origins of her Get Up story.

One afternoon about 15 years ago, Andrews had gone to the rink for a moves in the field test when she got the first indication that something was off. The test was designed to evaluate whether he possessed the proper skills to advance to the next level of skating, and initially, she attributed the chest pain to anxiety.

“Of course, I’m thinking, ‘Oh you’re anxious. You need to calm down. Stop, it’s not that serious,’” Andrews said.

However, the pain continued through the night, and when she woke up the next morning without feeling any better, she decided to go to the hospital.

Even on the way there, it did not occur to her that what was happening might be something serious. She was more focused on all that she needed to do, figuring this would merely be a pit stop on her way to work.

That ended up not being the case.

To determine what was causing the pain, the hospital’s medical staff collected bloodwork and ran various tests. The results revealed she had had a heart attack.

Andrews was in disbelief.

How could she have had a heart attack at 30 years old?

Initially, medical personnel believed it was due to myocarditis, a rare condition that causes inflammation of the heart muscle. It wasn’t until her third pregnancy when a maternal-fetal specialist suggested she visit the women’s heart team at Cedars-Sinai Medical Center that she found out what had actually caused the heart attack that day.

“Basically, what happens with my arteries is that when most people work out, your arteries expand to allow more blood flow and oxygen through them,” Andrews said. “Well, mine constrict. So if they constrict, it blocks that oxygen and blood flow to your heart, and therefore, that’s what causes the heart attack.”

The difference Bairey-Merz has made in Andrews’ life is nothing short of profound.

“She’s been just a miracle in my life, and the research that has been done since I’ve been diagnosed [is incredible],” said Andrews, whose daughter, Starr, is a member of Team USA. “So many women are coming forward and realizing, ‘It wasn’t the onions. I’m really having issues here.’”

Life with microvascular coronary dysfunction is unpredictable. Andrews may feel fine one day but experience symptoms the next. When she does have a flare-up, she spends the day in bed, resting and taking it easy.

She takes it all in stride, leaning on her family and her faith to carry her through the bouts of adversity.

“My thing is just, for me to stay healthy, you cannot allow any type of negative vibrations to enter your soul,” she said. “So my support system has been my family as well as me just being an advocate of prayer.”

Andrews has had more than a dozen heart attacks since receiving the diagnosis, but she hasn’t let her condition keep her away from the rink. Though she may not be able to skate consistently, she hits the ice whenever she can and said doing so is therapeutic.

“When I’m on the ice, I don’t think about anyone,” she said. “There’s such a sense of freedom on the ice. It’s almost like this effervescent feeling that you never get enough of, and you’re always craving more, more, more.”