Catherine “Cathy” Machado Gray, the first Hispanic and Latina to represent the United States at the Olympic Winter Games in 1956, passed away on Sept. 14, 2021. The Los Angeles ice queen was 86. 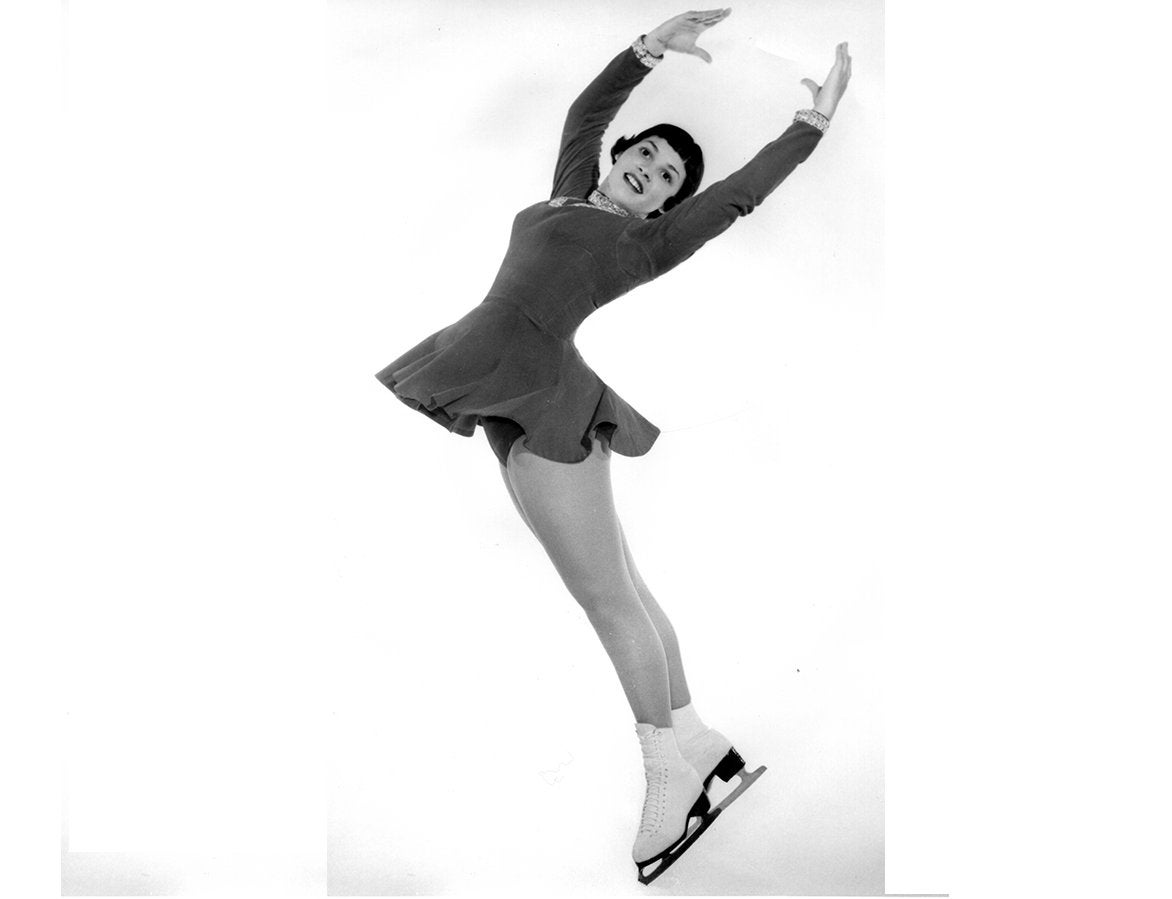 Catherine “Cathy” Machado Gray, the first Hispanic and Latina to represent the United States at the Olympic Winter Games in 1956, passed away on Sept. 14, 2021. The Los Angeles ice queen was 86.

Born in 1936, Machado, also known as “Chado” by friends, grew up in Los Angeles and trained at the former Polar Palace. She first took to the ice at age 7 while accompanying her older sister’s Girl Scout troop on a visit to the ice rink and fell in love with the movement instantly. Skating instructor Helen Gage Moor saw the potential and talent in the young Machado and encouraged her to sign up for weekly lessons.

“I was in eighth grade when ... I wrote down that someday I would like to skate in the Olympics, join an ice show, own a T-Bird and a mink coat. I achieved them all,” Machado told Elvia M. Alvarado in an interview published in a 1984 CAMINOS magazine highlighting Hispanics and the Olympic Games. “Can you imagine a poor Mexican girl from LA going to the Olympics? The chances are practically nil.”

Machado admitted the sport was financially stressful on her family and saw many of her fellow competitors coming from wealthy families who could afford the lessons, travel and equipment associated with the sport. Nonetheless, Machado’s family supported her dream to the Olympics with her father taking her to lessons and her mother even sewing skating dresses by hand.

“She had a way of responding to the music and making the most of every move that was really amazing,” said Tenley Albright, who first met Machado when she was about 12 years old and would later compete against her. “[The music] was part of her and that was very rare for anybody then. It’s very rare even now.”

Machado became a two-time U.S. bronze medalist, winning back-to-back medals in 1955 and 1956. Her efforts at the 1955 World Championships and bronze medal at the U.S. Championships earned her place on the 1956 U.S. Olympic Team in Cortina d’Ampezzo, Italy. Unknown to her at the time, Machado was the first Hispanic and Latina to represent the U.S. at the Winter Olympics and would pave the way for future skaters of color.

“Many Europeans in the World Championships were even surprised to find out I was Mexican-American from the U.S. and not from another Latin country,” Machado told Alvarado. “They were confused by my name. They couldn’t figure out my ethnic background.”

Machado competed at the 1956 Olympics with fellow Americans Albright and Carol Heiss, who were considered two of the top figure skaters in the world at the time — Albright took gold and Heiss claimed silver. Machado shared with Lois Elfman in a SKATING magazine story previewing the 2010 Vancouver Winter Olympics that she was at the 1956 Olympics to “take part and not win.”

Nonetheless, Machado felt grateful for the opportunity to be in the Italian Alps, see snow, compete on an outdoor rink and have her father present for the event. The sun shone for Machado, and she had the performance of a lifetime. Despite a third-place free skate, Machado placed eighth overall at the Games.

“When I remember her, I remember her always with a happy expression,” Albright said. “And I can just picture her moving right now down the ice at the beginning of her program to La Boheme. When she did that, she was already with the music. It was really quite a wonderful experience.”

At the end of the 1956 season, Machado turned professional, toured with Ice Capades for eight years and performed in Las Vegas and Paris. Machado met John Gray, a Canadian comedian-skater with the troupe, and the two married and started a family.

In 1969, Machado Gray began her coaching career at the Culver City Ice Arena until it closed in 2014.

“She was amazing, so special and loving,” Albright reminisced. “I envied the students who were able to have her as a coach.”

In addition to her professional and coaching career, Machado Gray was recognized for her achievements and inducted into the U.S. Figure Skating Hall of Fame in 2005.

“You have to want it and love it because you have to give up a lot of things,” Machado Gray said. “I have no regrets. I’m proud of what I’ve done. I’ve seen a whole world because of skating.”