Participate in the Get Up Champions program 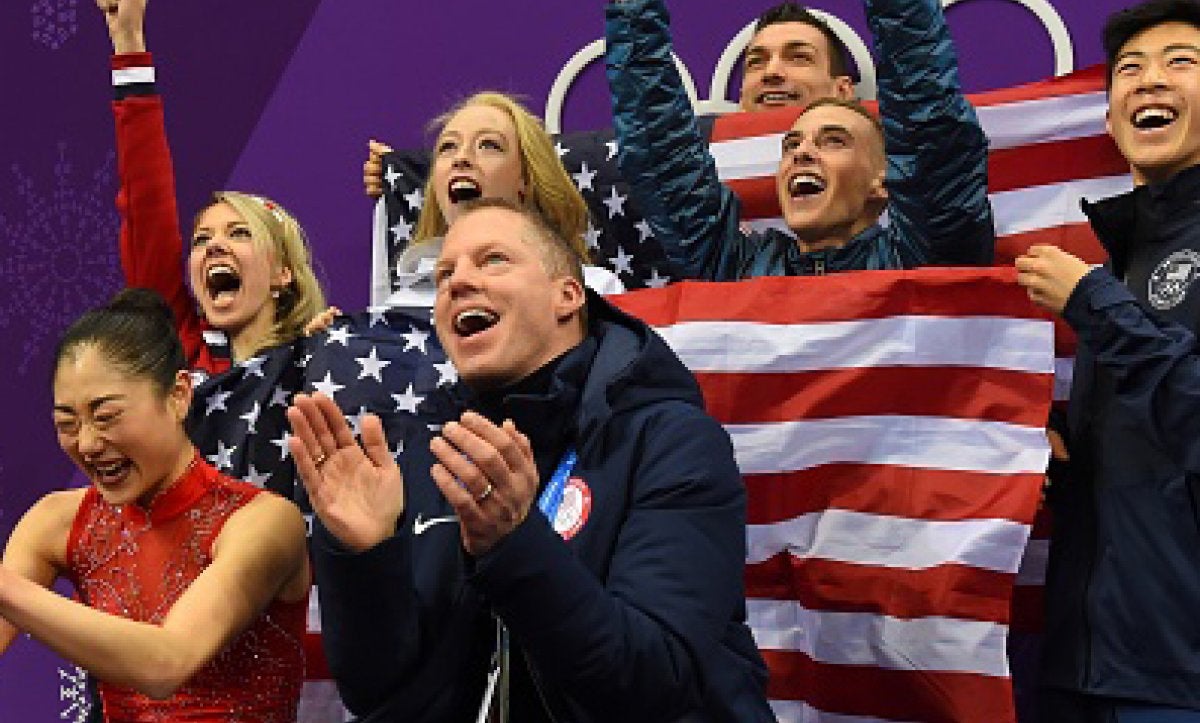 U.S. Figure Skating celebrated its fourth annual National Get Up Day on Feb. 1. The Get Up campaign and holiday were created to recognize not only skaters, but all members of U.S. Figure Skating and people outside of the organization for their courage to share the difficult times they’ve been through and overcome in life.

Members are encouraged to join the Get Up movement by participating in the Get Up Champions program. You can do so by nominating yourself or a fellow peer of U.S. Figure Skating and share a story of perseverance via the Members Only portal now through Feb. 29. Those who are nominated will receive a Get Up certificate and a medal for sharing their inspiring story. In addition, and new to the program, nominees will also be entered for the chance to become a Get Up Champion Ambassador. These ambassadors will be chosen as the faces of the Get Up program throughout year, awarded with branded gear and all-event tickets for 2020, and be responsible for sharing the Get Up spirit with their peers. Ambassadors will also be recognized on a larger scale for their shared Get Up stories.

Even if you are not a member of U.S. Figure Skating, you can still join the Get Up initiative as well. Sharing your Get Up story on social media with the hashtag #WeGetup will motivate your friends and network to join in and continue the chain of inspiration. You can also submit your story on the U.S. Figure Skating website.

To give you a better sense of what some of our previous 2019 Get Up Champion’s stories looked like, see below for a few that inspired us!

Oregon native Kaya Sesaki has been skating since she was 10 years old. In 2017, she experienced what she did not know would be a life-changing injury. While doing some stair exercises, she fell backward down the stairs, hitting the right side of her head. Feeling no side effects immediately after, she continued with her training as usual. A week later, Kaya collided with an ice dancer at practice and triggered the symptoms of what she would soon find out was Second Impact Syndrome, a type of trauma to the brain. Experiencing severe nausea, headaches, eye pain and more, she began skipping practices. After countless doctors’ appointments and exams with her mom, they both were feeling the emotions of defeat, but they continued to search for a cure and resolution to get Kaya back on the ice and feeling better.

Things began to look up after six months of physical therapy, when Kaya was able to slowly make her way back onto the ice. Once back in the swing of completing jumps, she felt her symptoms creeping back. She was referred to see an eye doctor, and nine professionals later was informed that her vestibular coordination was off and began rehab for that. Once feeling better and getting back on the ice, she felt those familiar symptoms again and came to the realization that she may not be able to skate at the level she once had and would like to. Keeping a positive mentality and her love alive for the sport, she determined that the best way for her to stay connected to figure skating was by coaching. She began taking courses through U.S. Figure Skating and developing a new career that she was still passionate about.

As Kaya said herself, “No matter how many times you fall, in the end you will most definitely GET UP! Keep believing and have patience.”

Despite the complexity of her day job and life commitments, nothing makes her happier than being out on the ice. Sandra was a childhood skater and competed regionally, but she experienced an injury that resulted in her having to remove skating from the picture.

After entering her career in television, at the age of 31, she dusted her skates off and returned to her true love of skating. Getting back on the ice was not easy as she had a lingering ankle injury that made landing her jumps difficult. Though she was experiencing extreme pain, she ignored it and pushed through. During one lesson, she took off for an Axel, came down on her toe and tweaked her ankle. That did enough to prompt a trip to the doctor, who told her she had a chronic fracture in the back of her ankle, severe tendonitis and degeneration of the peroneal tendon. The doctor advised that surgery was the only way to resolve the pain and that skating was most likely off the table from there.

Sandra refused to believe that, because a lifetime off the ice wasn’t an option for her. She spent the next 10 weeks on crutches, in an orthopedic boot up to her knee. After seven months of physical therapy, she timidly got back on the ice. As of last year, she was preparing for the ISU Adult Competition in Lake Placid, New York. Spoken like a true champion, Sandra said, “I will always ‘get up,’ because it’s what we do as skaters.”