For more than seven years, tens of thousands of people have enjoyed the work of Donnell Jones — better known by his stage name “DJ Romeo” — pulsate through the sound systems of major arenas across the country. 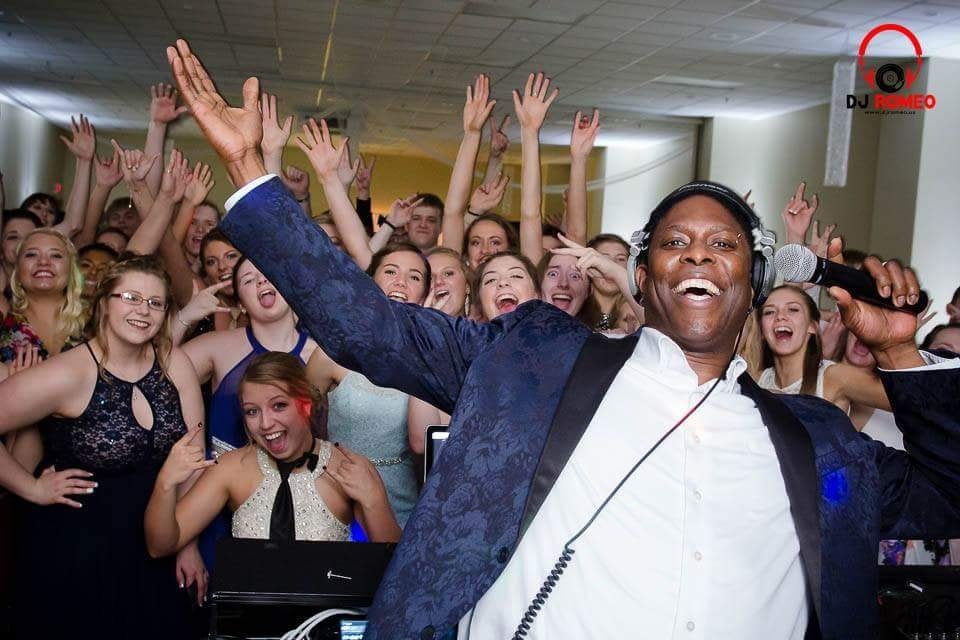 For more than seven years, tens of thousands of people have enjoyed the work of Donnell Jones — better known by his stage name “DJ Romeo” — pulsate through the sound systems of major arenas across the country.

“You don’t usually see me, but I’m there,” Jones said with a chuckle.

An experienced DJ and former radio jockey in Lincoln and Omaha, Nebraska, Jones first played music for the skating world at the 2013 U.S. Figure Skating Championships in Omaha. Looking to change the atmosphere of live entertainment at skating events, Kevin Leonardo, director of event production for U.S. Figure Skating, recruited Jones to play for the Sunday exhibition of the Championships.

“When Kevin and I first talked on the phone, he didn’t know I was Black,” Jones said.

Historically, figure skating has offered little representation of the Black and African American community. Jones came from a Black community in St. Louis, so moving to Nebraska presented a bit of culture shock, which prepared him for figure skating events.

“Obviously, when you’re there, you notice, ‘Oh! There’s another Black person!’ Usually, it’s just me. Maybe there are a few spectators,” he said.

While the representation of BIPOC (Black, Indigenous and People of Color) skaters remains small due to a number of access issues, it is members of the skating community like Jones who are providing the visibility and representation that were missing for far too long.

“I think that inclusion in any sport is great,” Jones said. “Especially for young kids so that they see anyone can do it.”

Before playing Taylor Swift, there was hip-hop

When Jones first started spinning records in the 1980s, he identified as a hip-hop artist and exclusively played music within that genre. It wasn’t until a mentor told him that if he wanted to progress in his career, he would need to play other music.

“It wasn’t until I got a call to do a nightclub for a birthday party and someone asked me for [country music star] Kenny Rogers that I thought maybe I need to play some different music,” Jones said. “People went crazy!”

Fast forward to 2013, Jones again found himself learning how to read a new audience at events like Skate America and the U.S. Championships. Having no experience with figure skating before his first gigs with U.S. Figure Skating, Jones learned the ways of the sport to give life to the moments between performances and took feedback from audiences in stride.

“[Leonardo] told me to keep the music upbeat and play songs in between the skaters,” Jones said. “‘Anytime there is dead air, you add music to it.’ I provided how I thought that flow should go. When I first started, I thought it was supposed to be all techno, high-energy dance music or electronic. But it was a little bit too much.”

Jones soon learned the crowds in the arena differed from those in the nightclubs, bars and dance scenes for which had previously played. Finally, he asked what requests they had instead of techno. Their response: Taylor Swift.

Although Swift and the Jonas Brothers are favorites among many young people, Jones has attempted to take a middle ground approach to navigate the varying demographics across audiences.

And, like a true artist, Jones also takes creative liberties, experiments and mixes his own music. A few years ago, Jones even created a mash-up of Journey and Kesha. While the skating community may not be ready to hear Journey mixed with Kesha, Jones feels he has a precise understanding for the rest of the rhythm, mood and beats.

“[Jones] brings energy. He understands the events. He was able to bring a level of energy that was missing,” Leonardo said.

DJ-ing in the time of COVID-19

Jones’ talents and experience were put the stiffest test yet when he was tasked with piping in crowd noise during the televised 2020 Guaranteed Rate Skate America in Las Vegas in October.

Due to the COVID-19 pandemic and the Nevada Gaming Control Board guidelines, there were no spectators at the Orleans Arena.

To prepare for an arena with 9,500 empty seats, Jones reviewed hundreds of crowd noises and looked to sports like football and soccer for similar televised event practices. His goal was to maintain the same energy as if the spectators were there to give an authentic experience for the athletes and the audience watching from home.

“Kevin and I ended up finding about eight separate crowd noises for scores — after a performance, before a performance, the group warmup,” Jones said. “Being in the atmosphere before and knowing the timing, it came natural to me eight years later. Even though doing the audience noises was brand new, the timing was [the same].”

Part of a family

With their dedication to change and adaptability, Leonardo and Jones have been lauded for their work. After years of collaboration, the two have become a great team and consider each other family.

Prior to Jones being the official U.S. Figure Skating DJ, volunteers played both the athletes’ performance music and entertainment music at events. Now the entertainment side belongs solely to Jones, who has changed the dynamic and presence of the sport in the area and on television.

“He is one of the most amazing people,” Leonardo said. “He is genuine and caring.  ... USFS is his priority and [his role] has become something bigger than just figure skating.”