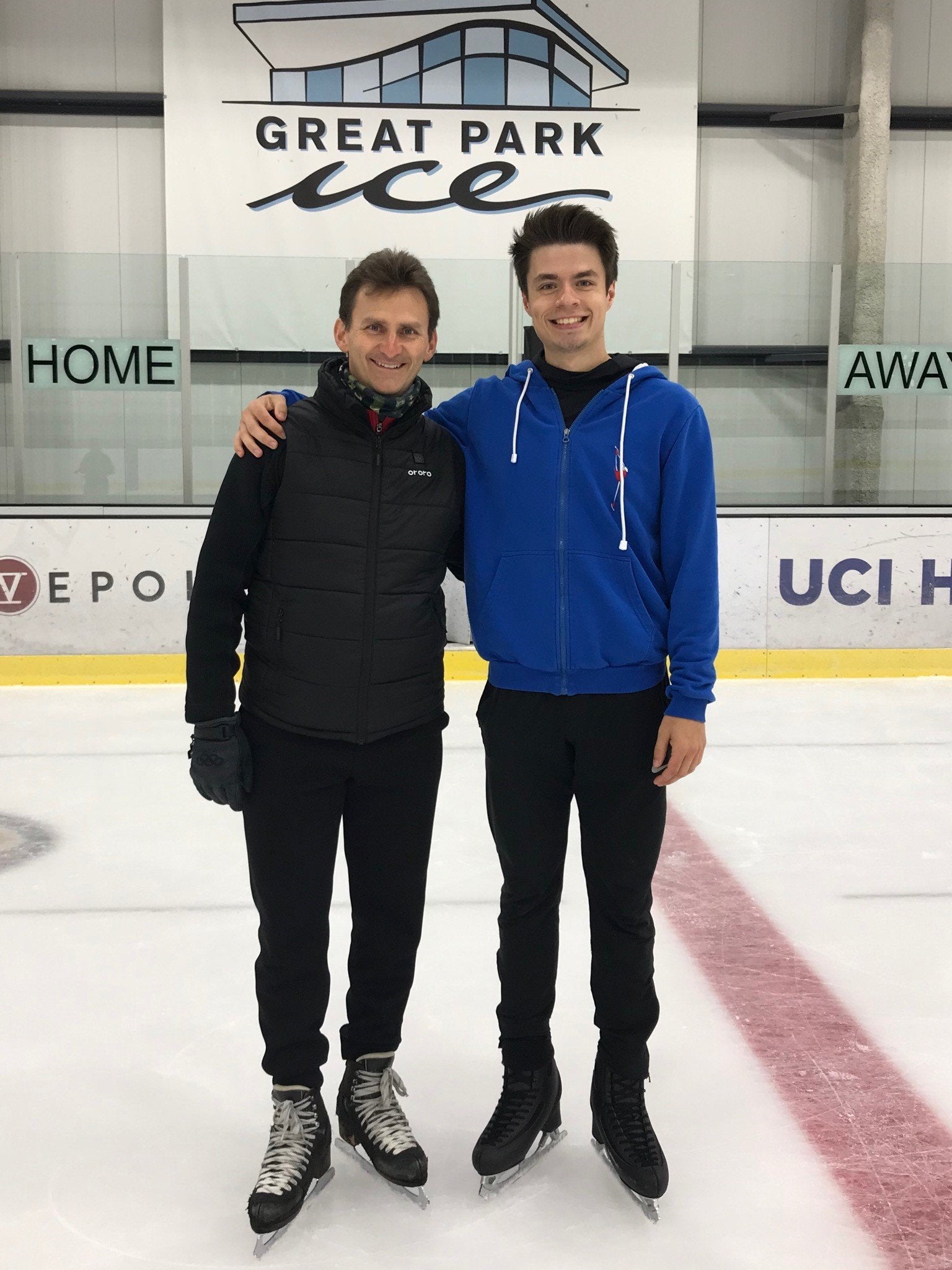 When Todd Eldredge began skating at the age of 5, he started a path that had him dreaming of U.S. titles, World titles and competing in the Olympic Winter Games.

Never once did he think about his career following all of that.

But once Eldredge stopped competing and following years of performing with Stars on Ice, the reality of life after competitive skating began to settle in, and he quickly transitioned into the most natural position – that of a coach.

“Aside from skating, I love golf and cars,” said Eldredge, who will turn 50 in August. “I wasn’t going to be a golf pro, and I don’t know how being a car salesman would work out for me.

“To be honest, I had no idea what I was going to do. I think I knew at some point I would coach because it was the natural progression of things, but when you are still touring and performing, it is too hard to commit to anything. I was traveling a lot during the competitive season, so coaching wasn’t really in the cards. Once I had my hip surgery (April 2012), I knew it was time to move on.”

His first son, Ayrton, was born about a month after Eldredge’s hip surgery, further delaying his coaching career.

“I wasn’t going to be full time at that point,” Eldredge said. “I wanted to be home and be a father. It worked out great, and it allowed me to transition to that side of the sport.”

Eldredge had helped some skaters as a side gig after he stopped competing, working with some skaters in Florida. He officially hung up his full-time coaching shingle in Texas but has since relocated to Irvine, California, where he coaches alongside of longtime friends and fellow skaters, Jenni Meno and Todd Sand, at Great Park Ice and FivePoint Arena.

Among Eldredge’s top skaters are Yaroslav (Yaro) Paniot and Dinh Tran. Paniot was born in the Ukraine and now skates in the United States. He placed fourth at the 2021 Toyota U.S. Figure Skating Championships. Tran is a two-time U.S. junior silver medalist who placed 10th at the senior level at the 2021 event.

Being a top skater certainly can be a benefit to becoming a top coach, but it is no guarantee. Eldredge knows what it takes to rise through the ranks to become a national champion (he won six U.S. titles), a World crown (which he claimed in 1996) and to reach the Olympics (he competed in three Games).

But having raw talent and being born with a work ethic (Eldredge had a reputation for being one of the sport’s hardest workers) does not always translate into having success as a coach.

“It’s tough to go on the other side of the boards, obviously,” Eldredge said. “And when you’re a coach, you’re not in control. Everybody has their own ways to train and to skate, and you have to learn how to manage that.

“The physical demands on a skater, like Yaro doing multiple quads, is much more difficult,” he added. “You can’t always do run throughs, so I had to change my way of thinking, too. Maybe we’ll do a run through but we won’t do all the quads and do triples instead or maybe just sections with the jumps.”

Eldredge also noted that the skaters have additional competitions in the summer that he did not have to take into consideration as a skater. Nor did he have to prepare for Champs Camp, an annual event designed to prepare the top U.S. skaters for the Grand Prix circuit.

Being a coach has plenty of demands, with lots of scheduling, paperwork and, of course, physical and emotional development of 20+ skaters. As a skater, all Eldredge had to worry about was training. The coaching learning curve (and appreciation for what coaches go through) was eye-opening for Eldredge.

Eldredge said he has spent plenty of time listening to other coaches, taking in lessons when he can on webinars and at meetings.

“I won’t say that there’s any one person who I have leaned on most, but just listening to coaches wherever you are and picking up on what they say,” Eldredge said. “The biggest thing I have learned as a coach is just being patient.

“Being a coach alongside of Jenni and Todd, I hear a lot of stories about what Mr. (John) Nicks would tell them. Todd is a technical specialist, so I can send videos his way, and get his feedback.”

Recently, Eldredge was in Anaheim, and Frank Carroll, who guided Evan Lysacek to the Olympic gold medal and Michelle Kwan to U.S. and World titles, was there.

“He told me, ‘The kids are looking good,’ and that just reinforced what I was doing,” Eldredge said.

What Eldredge has enjoyed most is when his skaters have those “a-ha” moments, when they land a jump that they have been trying so hard to master, or rotate a spin position properly.

“It’s those little milestones, when you feel like you fought that battle with them,” Eldredge said. “One girl was so close to landing a double Axel, and then she got it. Another landed her triple loop. That’s the best part.”

When Eldredge first started working with skaters back in Florida, he was helping a young girl who was trying to land an Axel. On his last day before heading on tour with Stars on Ice, she landed one.

“To see her face and that excitement … it was awesome,” Eldredge said. “I think back to when I landed my first triple Axel, and that was a really cool moment, and now I get to experience it again with them.”