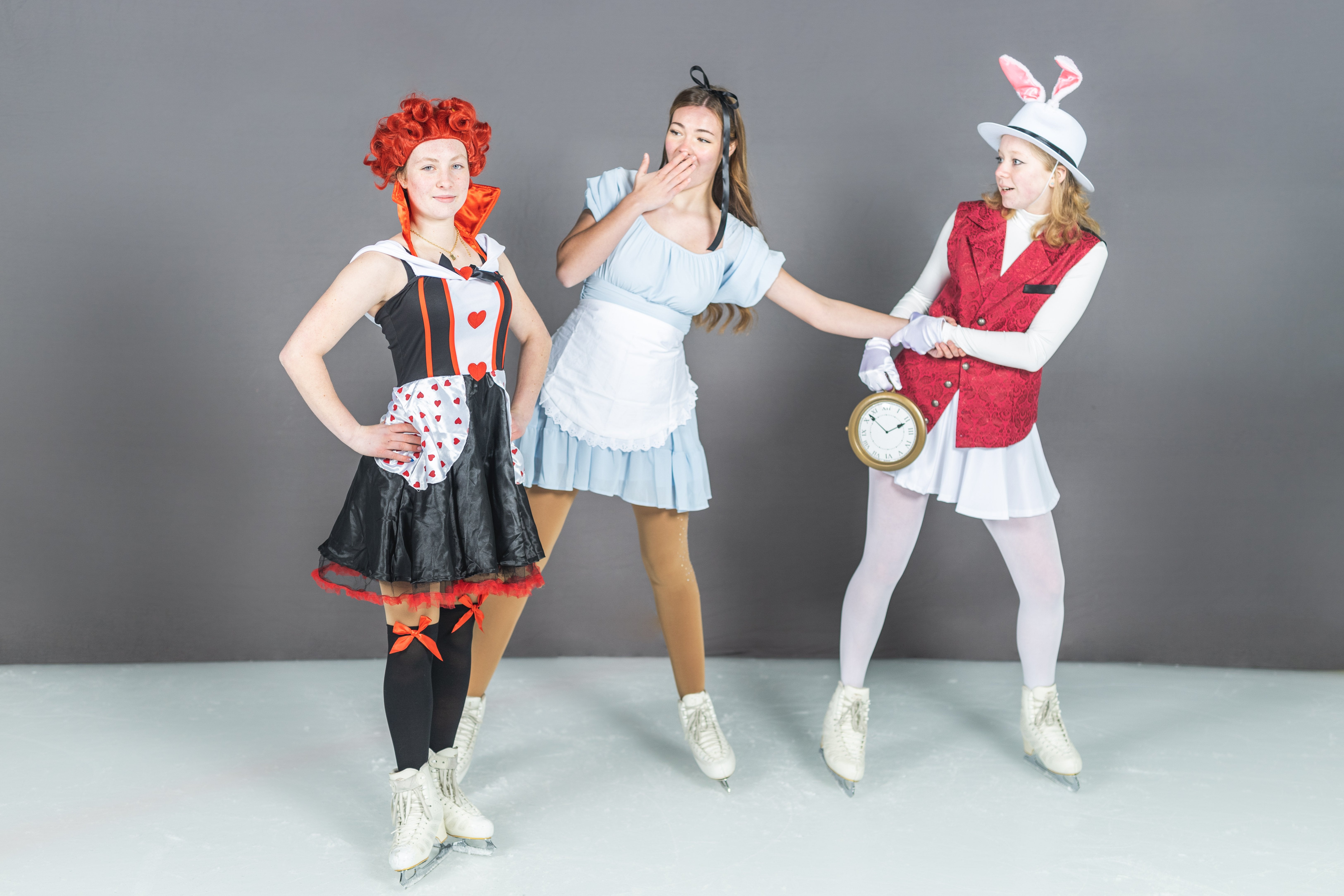 Above: Photo by Jacob Hixson

The Missoula FSC’s spring 2020 ice show was set to be one for the books, with a unique theme everyone was excited for. Canceled before plans could take off, the Missoula, Montana, club’s “Alice on Ice” show was a warm welcome back after a long hiatus from the pandemic.

During board discussions in the fall of 2019, Director Emily Stone presented the idea of "Alice on Ice" to the board, complete with a budget breakdown and outline of the process. The story of Alice in Wonderland was actually suggested by one of the club's families, the Millars.

"We actually hashed out some of the details for the proposal," Stone said.

However, plans for the show were quickly halted with the onset of the pandemic. There would be no show.

Fast forward to 2022. The club was ready to present its annual show again, and "Alice on Ice" seemed like the perfect show to welcome everyone back.

Stone created a cast list after consulting with coaches and skaters. All club members who wanted to participate were given a role or a part in a group number, depending on their skating level.

"There were no auditions, and the skaters did not have speaking parts. It ran more like a ballet than a play," Stone said. "This is the easiest format to transition to from exhibition-type shows. We expanded the interactions between skaters by organizing scenes in which solos and group numbers took place and choreographed transitions between these in some cases with more music."

The show's narrator read a synopsis of each scene. The synopsis was also printed in the show's program for the audience to follow. 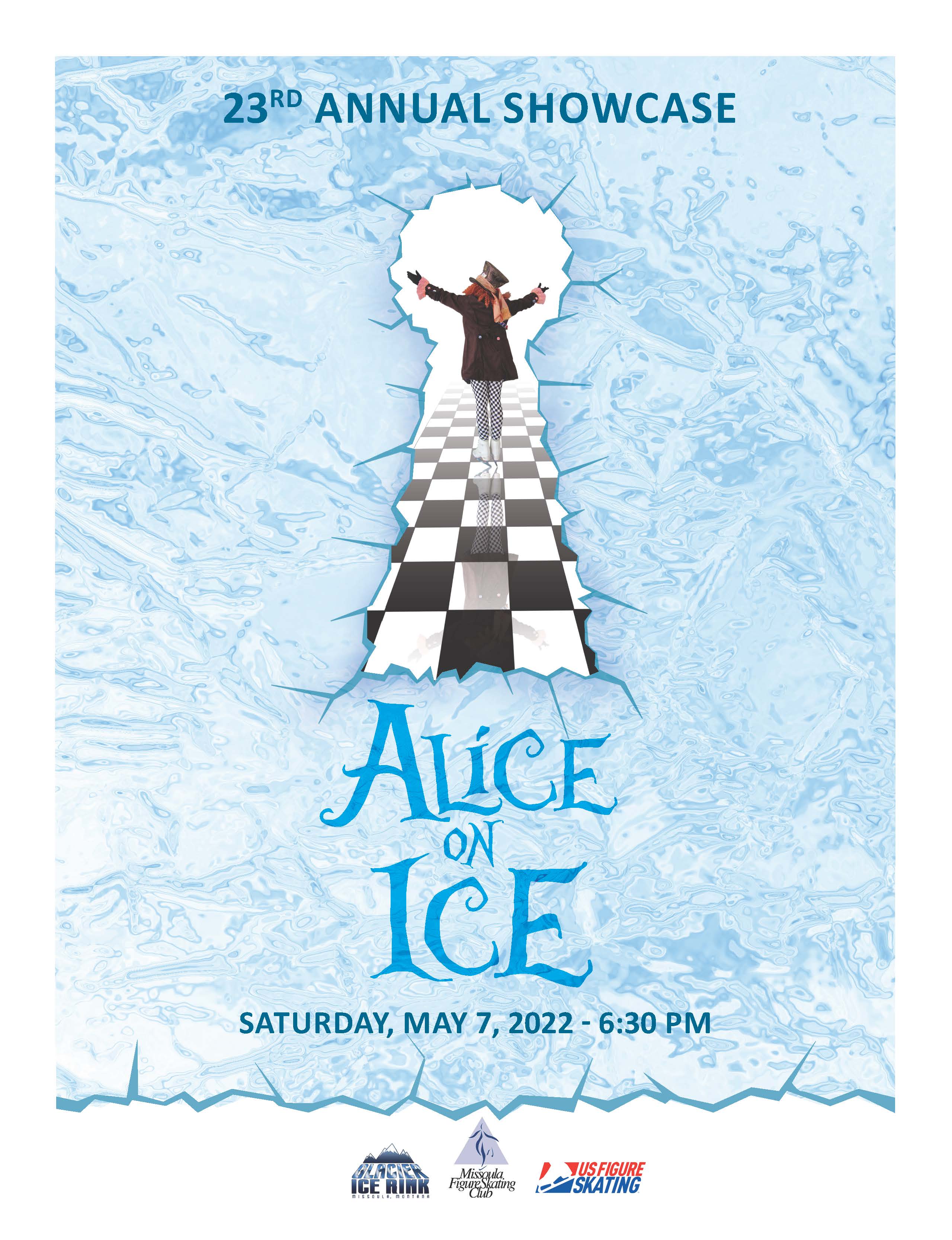 Once rehearsals began, parents, skaters and board members stepped up to make this first story production a memorable performance.

"We had two past Disney On Ice skaters with us for the whole year, attending the University of Montana." Stone said. "They skated solos, a pairs number and were featured in many scenes. They also provided choreography and coaching for the group numbers and scenes. A large part of the endeavor's success is their enthusiastic and creative participation."

One of the club's adult skaters, a theater professor at the University of Montana, provided much of the scenery, such as boulders and a throne. Another parent built a lobster trap for the little lobsters to sit on during the seashore scene.

"Emily Weiler, our board secretary, managed the off-ice portion of the show with the help of fellow board members, skaters and parents. This included pre-show registration, advertising, ticket sales, securing sponsors, concessions and the front of the house decor," Stone said.

Weiler is also grateful for the community support and incredibly grateful for club parents and their time devoted to the show.

The show's performance was a success.

"When not on the ice, I could mingle with the crowd during the show, and the responses I heard were amazing," Weiler said. "Over and over again, I heard words uttered like ‘magical,’ ‘enchanting’ and ‘exciting.’ Children and adults alike were thrilled with this new type of show and the environment we created. We set the stage well, and our skaters knocked it out of the park with their performances."

Are more story shows in the future for the Missoula Figure Skating Club? Whether on an annual or semi-annual basis remains to be seen. Stone said it is something they would like to try again.

Weiler would also like to see the story format pursued.

"I think there are a lot of exciting stories that would translate well to ice," Weiler said. "After this success, it will not be difficult to convince anyone to try it here again."