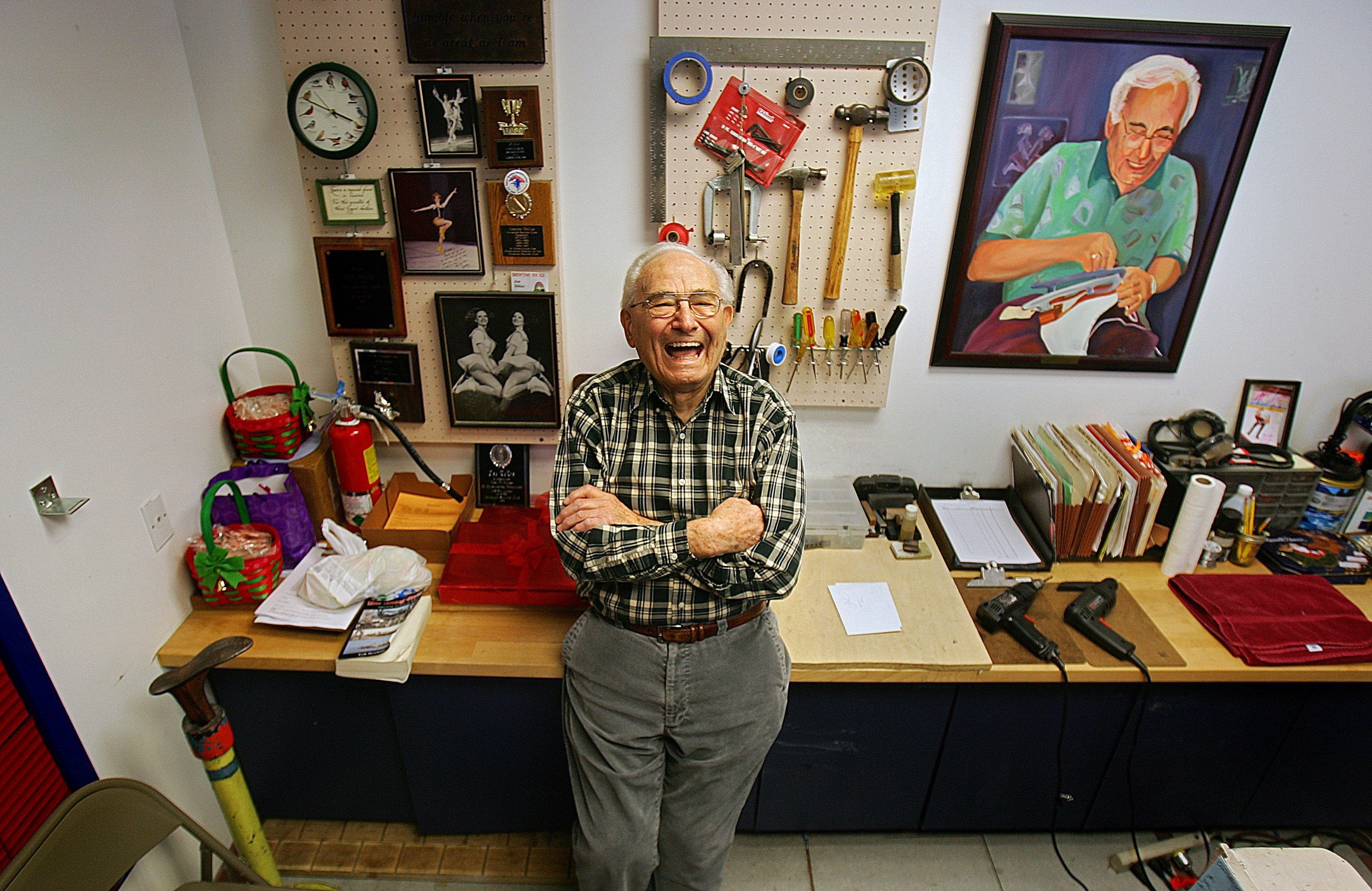 And his skate sharpening career included a client list of U.S,, World and Olympic champions, including Dorothy Hamill, Robin Cousins, Paul Wylie and Scott Hamilton, who coined his nickname, “The Blade Doctor.”

“Without Joe, I don't know if I would’ve won the Olympics,” Hamilton told the Rocky Mountain News. “I wouldn't trust anyone else with my skates. … He's always cared for the kids. No matter what level, what stage of their careers they’re at, he always treats everybody and their equipment the same.”

Prior to his death in 2007, DeLio served with the U.S. Army Air Forces. He enlisted in 1943 and was discharged in 1945 before earning his degrees and working as a teacher and counselor until 1986. He married Peggy Prokesh in 1955, and together they had three daughters — all three of whom began skating and toured with the Ice Capades following their competitive careers. DeLio often accompanied his daughters to practice at the Broadmoor World Arena in Colorado Springs, Colorado, where he was scouted by legendary coach Carlo Fassi to begin his second career.

“There was a fellow in Colorado Springs, Mac, who sharpened for all of Carlo’s skaters,” DeLio’s daughter Kitty DeLio LaForte said. “He was elderly and died suddenly of a heart attack. ... At that point Carlo and my dad were talking about what to do, as Carlo understood especially for figures, the blades needed to be sharpened a certain way and edges needed to be even. My dad agreed to try, and he and Carlo worked together—Carlo telling him what was needed and my dad working on the sharpening machine to try to get it right.”

“Dad was an industrial arts teacher, and one of the skills he taught was gem polishing,” daughter Heidi DeLio Thibert added. “When gems are polished, a rouge is used to give it an extreme smoothness and high shine. After sharpening the skates like everyone else did, he applied the jeweler’s rouge and rubbed it to perfection. The ‘magic’ wasn’t that rouge though, it was the care and attention that he gave every pair he sharpened.”

Over the 39 years he sharpened at Joe’s Skate Services in Colorado, DeLio estimated he sharpened around 75,000 pairs of blades. In addition to his A-List clients representing Team USA, he also sharpened the blades of national champions representing Italy, Sweden, Australia, the former Soviet Union, Great Britain, France, South Korea and Japan. He even served on the skater services team at several U.S. Championships. More than that, he was known for his kindness and care—as Hamilton put it, as “a spectacular human being.”

“My dad was a giver,” DeLio LaForte added. “He helped many people over his years on earth. He gave his time to many organizations and volunteered for the skating clubs we belonged to as President, Vice President, Board member, etc. as well as a U.S. Figure Skating judge I think for about 25 years. I think he felt lucky that he survived WWI and the POW camp he was in for the last 8 1/2 months of the war and wanted to ‘do something’ with his life to give back.

“Skate sharpening was a second job for him once he started it, but while it gave him extra income to help pay for my sisters and me to skate, it also allowed him to help others. While he sharpened, many times the skaters or skaters’ parents would chat with him while he worked. He was a counselor (one of his master’s degrees was in counseling), and listened and asked questions, and that too was a way to give back.”

“Our father realized he had a skill he could use to help the athletes reach their dreams, and he took great joy in convincing each and every one of them that he had ‘put the magic’ on their blades,” DeLio Thibert added. “Dad just really loved that.”

Beyond the smooth-as-silk finish he gave each pair of blades, DeLio gave a legacy that transcends arena walls, leaving an unmatched example of integrity and character for all who encountered him.

“My dad, while an introvert for sure, still loved to talk and visit with people,” DeLio LaForte said. “He also liked to help people. I cannot tell you the number of people who came up to me at his celebration of life/memorial/funeral who said, ‘Your dad helped me.Your dad was always there for me.’ It was incredible the stories or comments about how much he had helped people. One fellow said he saw the obituary and wanted to come pay his respects as my dad had helped him when he was in junior high. I asked what school, he said Rischel Jr. High School. He was remembering the help my dad gave him in the mid-1950s, as that was when my dad taught at that school. He came to my dad’s memorial in 2007, approximately 50 years after the help. I have no idea what it was that the fellow was referring to. Clearly it made an impact on his life.”