Members of the Seattle Kraken will take to the ice this fall for the NHL team’s inaugural season. But while that first drop of the puck is still months away, the enthusiasm that’s been generated is widespread and growing. 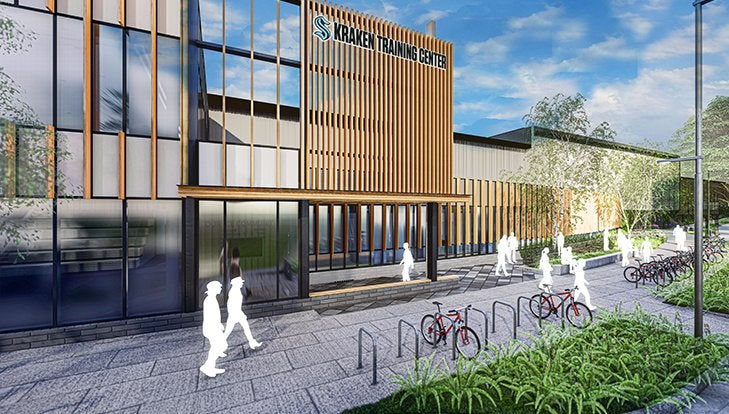 Members of the Seattle Kraken will take to the ice this fall for the NHL team’s inaugural season. But while that first drop of the puck is still months away, the enthusiasm that’s been generated is widespread and growing.

“I think what people are starting to recognize is how having an NHL presence here expands the awareness of ice sports in general,” Mary Klugherz, a Seattle-based singles and pairs competition judge, and former chair of the U.S. Figure Skating Strategic Planning Committee says. “This will help the skating community grow, both hockey and figure skating.”

That’s a safe bet if history is any indication. The Kraken enter the NHL just four years after the Golden Knights’ arrival triggered a newfound interest in skating in the Las Vegas area. Chad Goodwin, who was the skating director with the Golden Knights and recently assumed the same position with the Kraken, recalls the rapid growth.

“We had 92 kids signed up at the first Learn to Skate session, and by Christmas, we had more than 600,” Goodwin says. “And it just blew up from there.”

Blew up, as in reaching a high of more than 1,800 members during the 2018–19 season. Goodwin sees the same opportunity for growth in Seattle.

“The goal is getting kids into the Learn to Skate USA program, get them on the ice,” he explains. “It’s about making skating fun for as many people as possible.”

Klugherz agrees. She explains that once kids experience skating, whichever path they take — hockey or figure skating — is up to them. The key is getting them exposed to ice sports in general.

“There’s already a lot of interaction between figure skating and hockey at the developmental sports level, and many people are not aware of that,” Klugherz says. “I think that’s what we’re going to be seeing a lot more of (in Seattle).”

Read the full story on the Learn to Skate USA blog.