If skating fans have a question, they ask Jackie Wong for the answer. If Alex Trebek has a question, he asks him, too. 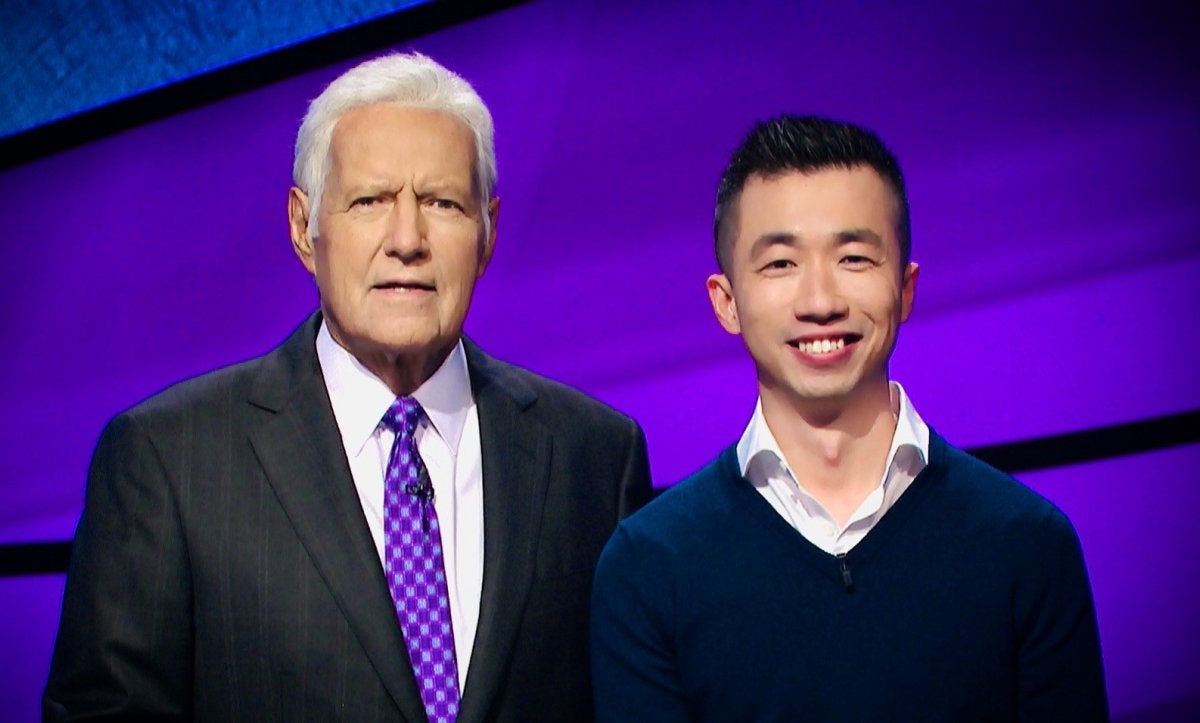 If skating fans have a question, they ask Jackie Wong for the answer. If Alex Trebek has a question, he asks him, too.

Soon, fans can watch Wong step onto a new kind of podium to test his trivia knowledge.

“A couple years ago, I made a bit of an effort to dust off my speed and knowledge before I got onto the online exam that happens once a year,” Wong said. “In 2017, I was selected for my first in-person audition, then didn’t get selected for the show. Last year, I got the in-person audition again and somehow, they picked me.

“I have to say, getting the call to go on ‘Jeopardy!’ ranks up there with getting accepted into college and grad school and getting acceptance calls for my two adult jobs. It was very much a life goal.”

Wong’s ability to provide global, rapid-fire figure skating coverage has earned him more than 31,000 Twitter followers (@rockerskating), and the Wall Street Journal has called him “the most trusted name in figure skating news.”

Wong has become a fixture in the press zone at domestic and international events, and if he isn’t there in person, he’s providing the best coverage he can from afar (at times in an airplane seat). Wong is best known for his media ventures, offering fans “real, level-headed, accurate figure skating analysis” on his Rocker Skating website and cohosting the IceTalk podcast, where he recaps events and interviews prominent figures in the sport.

But by day, he wears a different hat and works as a management consultant for McKinsey and Company. Wong holds a bachelor’s degree from Stanford University and two master’s degrees from the University of Pennsylvania. He isn’t just the king of skating Twitter; he’s the king of all-around multitasking.

“I tested through juvenile before I graduated from college, and then I was just too busy and scatterbrained in grad school to keep going on tests,” Wong said. “It's kind of amazing to me that I was working on intermediate moves in the field in 2004 and now I’m working on intermediate moves in the field again in 2020. Pre-COVID, I was practicing at least once a week if my work and travel schedule allowed it.”

Wong’s entry into skating journalism began with Examiner.com, where he served as a figure skating analyst for six years. This led to the 2015 launch of Rocker Skating, where he offers fans a calendar, event previews, practice notes and recaps, all provided with remarkable speed and accuracy.

“I've come to realize that my value-add is my typing abilities; thank goodness for my three weeks in typewriting class (on a typewriter) back in sixth grade,” Wong said.

True to form, Wong will live tweet the May 19 episode of “Jeopardy!” Fans can tune in on their local affiliate.

On comparing the show to his skating experience, Wong said, “The lead-up to the start of the questions feels like when your name is called on the ice and you get to your starting pose. That's when you're jittery and you have all kinds of thoughts bouncing around your head. Once Alex starts with the first clue, it’s like your program music starts. You get in the zone and are in a completely different mental state. It just flies by, and all of a sudden, you're hearing the music for Final Jeopardy! It is definitely similar in many ways. Knowing how to compete, in skating or in anything else, does help you get into that zone.”