The January issue of SKATING magazine kicks off the organization's Centennial Celebration. 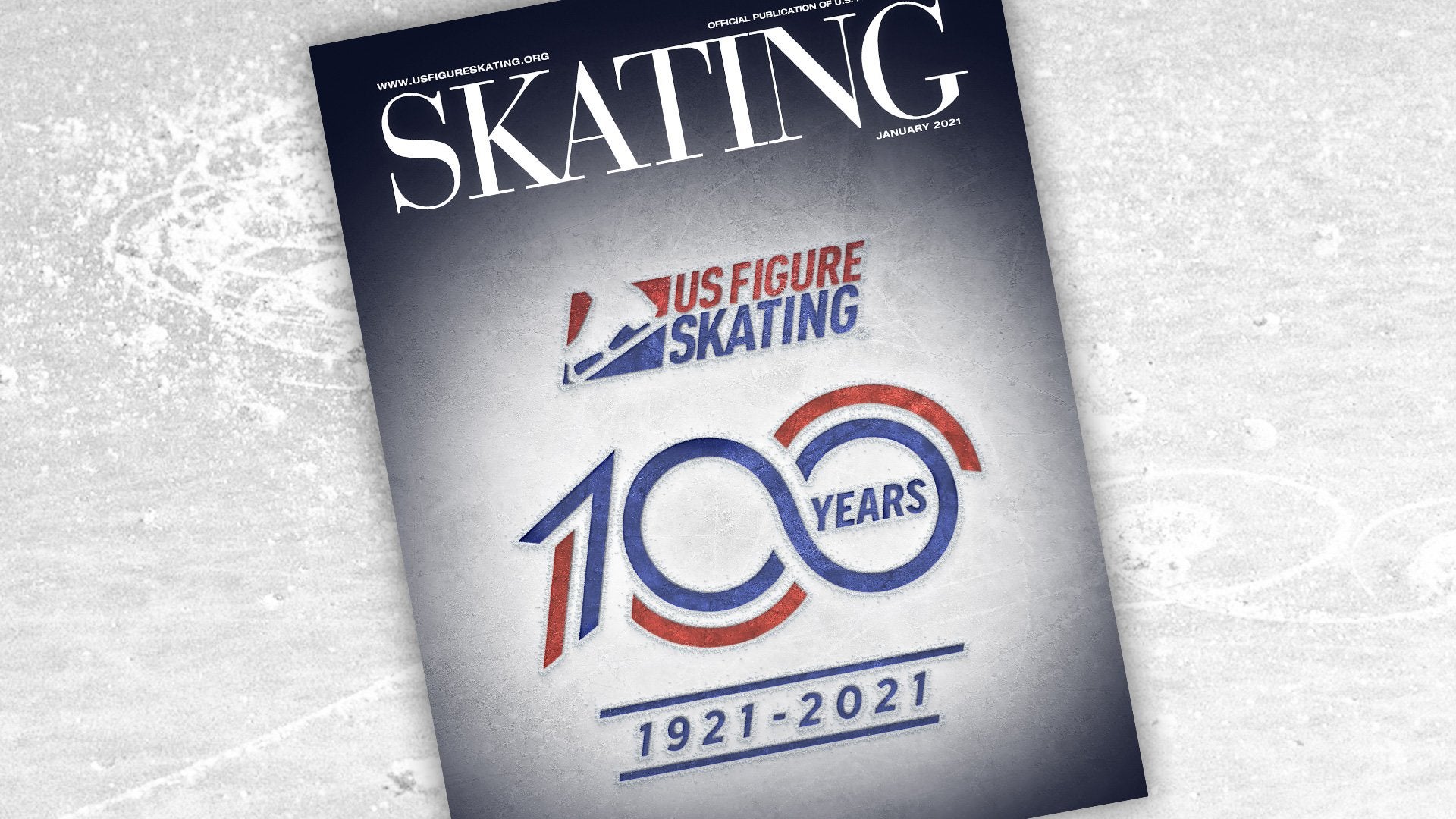 U.S. Figure Skating is celebrating its centennial anniversary in 2021. In the January issue of SKATING magazine, we take a look back at how the United States Figure Skating Association came to be in the spring of 1921, with its seven charter clubs. A story about the people and events that shaped those early years is brought to life through photos that include the 1928 U.S. Olympic Figure Skating Team and the association’s first president, A. Winsor Weld. Also to mark this historic occasion, we begin to honor “100 contributors” — 10 in each issue of 2021 — who have dedicated their time, talents and passion at the grass roots level to make the sport fun and fulfilling for others. The 10 people featured in the January issue are Theresa Weld Blanchard, Avonia Dondero, Audrae Gillespie, Carolyn Kruse, Patricia Muth, Fran Mycek, Joel Savary, John Simon, Lois Todd and Alan Wolf. Top U.S. skaters, coaches and officials also give their answer to a centennial-related question. U.S. Figure Skating President Anne Cammett congratulates everyone on this monumental occasion, which will be celebrated in many different ways throughout the year.

If you are not a current member of U.S. Figure Skating or a subscriber to SKATING magazine, please enjoy complimentary access to the digital edition of last month’s issue. If you like what you find, you can subscribe to SKATING here.

U.S. Figure Skating is celebrating its Centennial Anniversary in 2021. As part of the celebration, the SKATING magazine archives will be open to the public throughout the year. Access the archives here.