Billie O’Neel could have kept her private life of the past 40 years private. Instead, the trans female skater has been prompted out of her anonymity, and for the first time is sharing her story to help educate and eradicate many of the prejudices that have come to the forefront in society today. 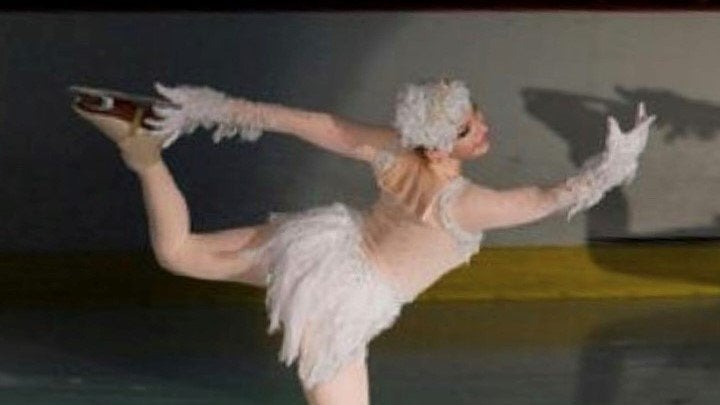 Billie O’Neel could have remained in the shadows. She could have kept her private life of the past 40 years private. Instead, the trans female skater has been prompted out of her anonymity, and for the first time is sharing her story to help educate and eradicate many of the prejudices that have come to the forefront in society today.

And it’s a compelling story.

“She was brilliant,” O’Neel said. “And I thought, well, I want to learn how to ice skate.”

O’Neel hounded her parents to find a skating program where she could take lessons. But when her mother phoned and spoke with the skating director at a local club, she was told she was already too old, and too far along to ever have a competitive career.

But O’Neel persevered. She studied books, did a lot of roller skating and running and jumping in her yard trying to emulate what she saw on television. It wasn’t until she was 15 and in high school that O’Neel received her first formal skating instruction. And making that happen took some doing.

“There was a grade school teacher who had two daughters who skated,” O’Neel said. “They lived five-and-a-half miles from where I lived, on a back country road. I would leave school, catch a ride with them to the rink for a group lesson, which I paid for myself from summer jobs, then ride back to their home and walk the five-and-a-half miles to our house twice a week all winter long – in the Upper Peninsula of Michigan during the worst winters on record with more than 380 inches of snow. Whatever I had to do to skate, I was going to do it.”

And she succeeded. O’Neel skated with Ice Follies and Holiday on Ice in the early 1980s and has been a member of the Diamond Edge Figure Skating Club of Little Rock, Arkansas, since 1986. The club promotes figure skating for the recreational and competitive athlete. She also competes, winning an adult ladies gold light entertainment in Hyannis Port in 2014, and a U.S. Figure Skating gold medal in free skating in the 1990s.

And she accomplished all of the above while, in her own words, “hiding in plain sight for 38 years.”

O’Neel is a trans woman. She’s breaking her silence, she says, because current politics have shaken her to her core.

“When [Arkansas’] punitive legislation came through against care for trans kids, and against them being able to participate in sports, I knew I had to shed my secrecy,” O’Neel said. “I knew I had to step forward.”

O’Neel and her husband have run a successful business for the past 37 years. She said she used every association cultivated over those decades to gain the ear of Arkansas Gov. Asa Hutchinson to stop the legislation. Her efforts, she said, and those of many others helped influence the governor into vetoing the bill, but the state legislature overrode it within 24 hours.

That override, O’Neel explained, was a slap in the face.

“Skating was a lifesaver for me,” she said. “The rink was as good as any church or after-school program. I always call the rink my other house of worship. So, I have to help the kids who come through figure skating to know that they can have a successful life. That they can go on to have a career and still skate and enjoy living.”

Several years ago, O’Neel and her husband were honored by their local club with a lifetime membership – only the second one the club has ever presented. That recognition meant the world to O’Neel.

After stepping out of her blissful gender anonymity, O’Neel hopes to educate others about transgender people by using simple and easy-to-understand examples, such as referencing a bag of multi-colored Legos.

“I want young trans skaters to know that I was different too but found my place in life through skating and that they are not alone. I have been here all along, watching, listening and hoping for the day when skating would finally, completely represent those who are in it.

“You are loved and valued in your uniqueness.”