Journalist Phil Hersh reflects on some of the most memorable moments from the 1990s. 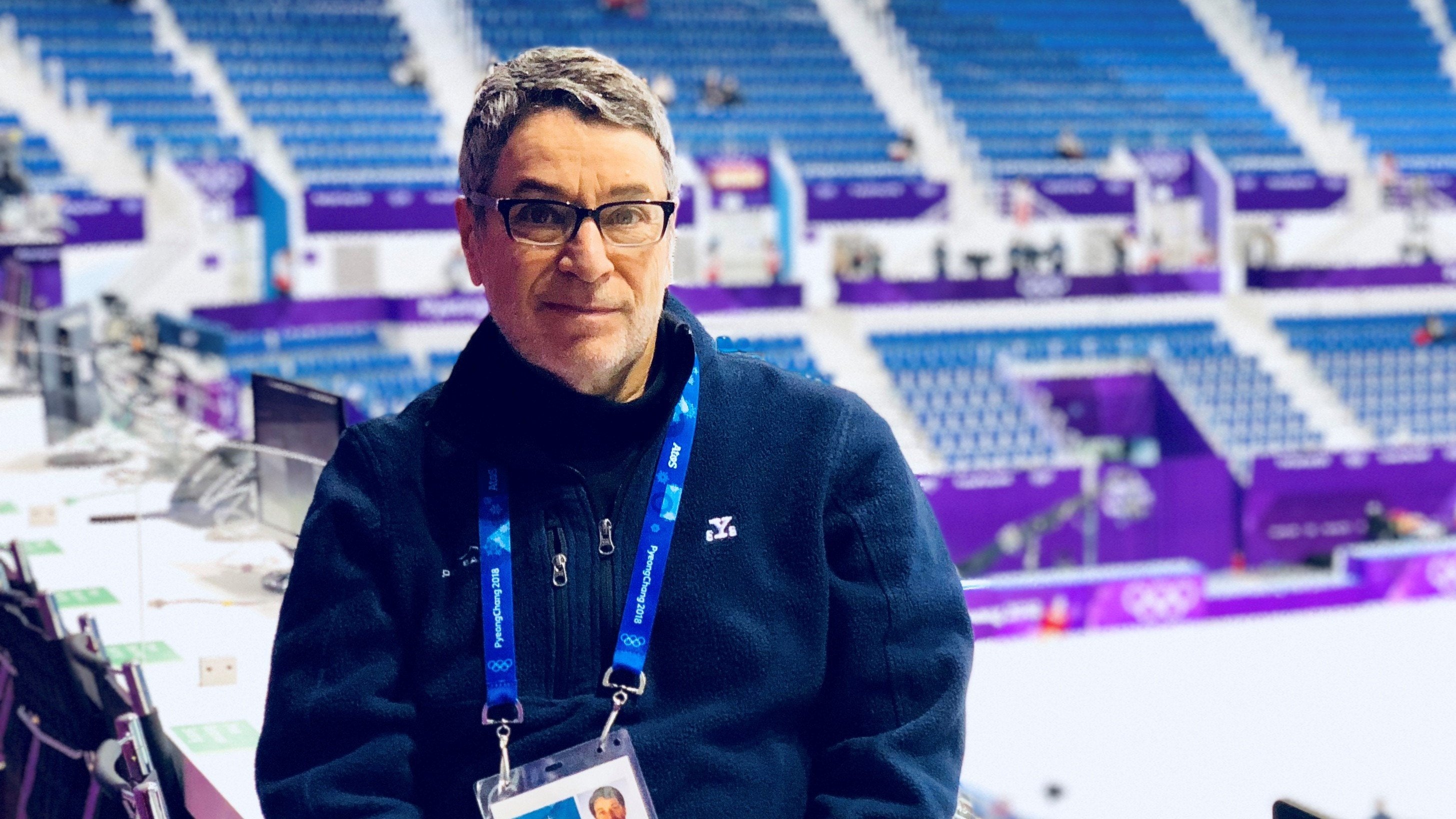 I first covered figure skating at the 1980 Olympics but did not begin doing it regularly until 1988, so the 1990s was the first decade in which I began going not only to the Olympic Winter Games but every U.S. Championships and most World Championships (nine of the 10 from 1990 through 1999).

It was a decade in which the structure of the sport — and the Olympic schedule — changed forever, in which the youngest and second-youngest women’s Olympic champions in history (at the time they won) were crowned, in which the jump revolution in men’s skating began to take shape, in which we first saw a tween who would become the United States’ most decorated and popular women’s skater.

My most vivid memories of that decade come from both competitive results and anecdotal happenings.

In chronological order, here are some of them.

When Zeljka Cizmesija of Yugoslavia traced what will be remembered as the last compulsory figure in an international competition, some spectators at the Dartmouth Sportsplex in Halifax, Nova Scotia, threw flowers on the ice. One lobbed a box of chocolates. A judge indulged her lifelong fancy to hold up, in jest, a perfect score of 6.0, which apparently had never been awarded in figures.

It was March 7, 1990. The sport of figure skating was leaving behind a big part of its past.

Figures had been endangered since the 1972 Olympics, when eventual bronze medalist Janet Lynn of the U.S. dazzled the world with her winning free skate but had no chance at gold because the human scribe Trixi Schuba of Austria built an insurmountable lead in figures and held it despite finishing seventh in the free skate. The TV networks that had begun paying substantial fees for Olympic rights no longer could abide having medals decided by a part of the competition that dragged on all day with essentially no scrutiny and absolutely no audience appeal.

Figures long were considered the foundation of the sport. But as their elimination was being discussed, longtime U.S. figure skating official Ben Wright referenced a legendary pianist as he said to me, “Would you pay to see Horowitz play scales?”

Some feared the sport would quickly be turned over to jumpers, but jumping did not begin to dominate singles skating until some 25 years later, after another dramatic change — the international judging system — had been implemented.

Halifax was the second of the 20 World Championships I have covered live. As the spectators commemorated the end of one era, my timing was right: I would be fortunate enough to be present at the creation and development of the next.

What could have been …

It was the second jump of her free skate, coming 45 seconds into the program, following a triple Lutz.

What made my appreciation of the moment Tonya Harding became the first U.S. woman to land a triple Axel even more special was everyone in the knowledgeable crowd at the 1991 U.S. Championships in Minneapolis, Minnesota, knew when it was coming, realized what they had seen and immediately reacted with a roar of appreciation. Fully shared experiences always are richer.

Harding herself screamed, “Yes!” and burst into an electric smile once her right foot was solidly back on the ice after the 3½ revolutions in the air.

The historic moment was further enhanced because Harding went on to finish the program so well it was worthy of the national title it brought her.

The fancy flight could have changed forever the trajectory of her life, turning its previously picaresque narrative into something heroic. But the story would, alas, three years later become cowardly — and criminal.

Ito’s collisions and her response

The competitive highlight of the 1991 World Figure Skating Championships in Munich was the U.S. podium sweep by Kristi Yamaguchi, Tonya Harding and Nancy Kerrigan.

It was an event so improbable — it never had happened in women’s singles at Worlds and would not happen again until Russia’s sweep last season — that the organizers needed to dispatch someone to a nearby velodrome to find the third American flag raised during the medal ceremony.

The most unforgettable moments, though, were Midori Ito’s crashes — and the way the redoubtable Japanese skater handled them.

The first occurred when Ito collided hard with France’s Laëtitia Hubert during the six-minute warm-up for the short program.

When Ito did the program, with adrenaline flowing and her tendency to underestimate the distance her enormous jumps travelled horizontally, she crashed after hitting the boards on the second jump of a triple Lutz-double toe combination, some 30 seconds into the 2-minute, 40-second skate.

It happened in the one corner where all but the lowest 12 inches of the boards had been removed to accommodate a TV camera.  With nothing to stop her fall, Ito tumbled out of the rink and landed next to the camera.

She was back on her skates three seconds after leaving the ice, smiling and able to finish the program with both style and technical prowess.

As soon as she finished, Ito tapped her head with a hand, as if she were calling herself a knucklehead.

And then she skated over to the accursed corner, cleaned up the pieces of wood her skate had chipped from the boards and, with a smile, apologized to the two cameramen.

Ito, the 1989 World champion, 1990 runner-up and first woman to land a triple Axel in competition, finished third in that short program. Dealing with rib, foot and chest injuries from the crashes, she struggled to fourth in the free and fourth overall.

A year later, when she won silver at the Olympics, Ito sadly felt compelled to offer her country an apology for not earning gold.

The last time I saw her compete, at the 1996 Worlds, was even more sad:  with the 1998 Winter Olympics in Japan, one of her sponsors had pressured her to return to competing internationally for the first time since the 1992 Olympics. Ito looked as if it was the last thing she wanted and she placed seventh.

She did not compete in Olympic-style skating again.

I have long felt 1992 Olympic gold medalist Kristi Yamaguchi is one of the most underappreciated champions in the sport’s history.

Never was her panoply of skills more apparent than at the 1992 U.S. Championships. Yamaguchi was an advanced jumper, doing a combination (triple Lutz-triple toe) no one else did cleanly (and few even tried) the rest of the decade. She was also one of the rare skaters who fully understood how to work with and interpret the music rather than simply have it playing in the background.

In the short program, still one of the greatest skating performances I ever have seen, her timing was so exquisite it seemed she had a metronome in her feet. The free skate, which drew one perfect score for her surpassing artistry, included seven triple jumps and was the best overall of her career.

I was in the stands about 15 feet from where Tanja Szewczenko of Germany and Oksana Baiul of Ukraine collided while skating backward at nearly full speed during the practice a day before the women’s free skate at the 1994 Games in Lillehammer, Norway.

I heard the violent impact but did not see it.

Neither, apparently, did anyone among the many still and video photographers in the rink because everyone’s attention was focused on Nancy Kerrigan as she did a run-through of her free skate.

The only images, both recorded and in the mind’s eyes of those present, are of the aftermath, with Baiul and Szewczenko sprawled on the ice, and two-time Olympic champion Katarina Witt of Germany coming to their aid.

That incident — and the lack of complete evidence about it — seemed to fit perfectly into the narrative of the melodrama that had begun at the U.S. Championships exactly seven weeks earlier in Detroit, when associates of Tonya Harding were involved in an attempt to injure Kerrigan so badly she would not be able to skate at the Olympics.

Ironically, it was the only official practice at the Lillehammer Games in which Kerrigan, first after the short program, and Harding, eighth, were not on the ice together once both had arrived in Norway. One can only imagine what would have happened had Harding and Kerrigan collided.

Baiul wound up with a cut on the leg that required three stitches and a sore back. Szewczenko had a bruised hip and stomach. Both skated in the final. Baiul moved up from second after the short program to win gold over Kerrigan in a much-debated decision, while Szewczenko dropped from fifth to sixth.

Among all the sound and fury that surrounded women’s figure skating at the 1994 Olympics, the noise from that crash forever will echo in my aural memory bank.

During the warm-up before the men’s free skate at the 1995 World Championships in Birmingham, England, I watched slack-jawed as the future direction of men’s singles skating revealed itself.

In those six minutes, the six men in the final group played in your face, landing one massive jump after another, throwing down triple Axels.

Canada’s Elvis Stojko, would make a sloppy attempt at a quad in the free skate (he had landed one at the 1991 Worlds), but the triple Axel still was the money jump at that time.  Stojko landed two triple Axels, and Todd Eldredge of the U.S. also hit two (while attempting three).

But only Stojko did a triple Axel-triple toe combination, and he nailed a triple Lutz-triple toe in the final seconds to beat Eldredge and clinch his second of three World titles.  Two years later, Stojko became the first to land a quad-triple combination.

Having a jump on the competition would soon be the name of the game. And the game of “Can you top this?” in warm-ups would get more and more awe-inspiring as everyone did quads.

Stand up and cheer

It was the only time in my 50-year professional career I ever have violated the unwritten rule that requires journalists not to cheer — in any form — in the press box.

I simply felt moved to join the standing ovation that followed Rudy Galindo’s triumphal free skate at the 1996 U.S. Championships, in his hometown, San Jose.

Anyone who knew what Galindo had gone through to get there wanted to applaud.

In this most traditional sport, built and permeated for generations by wealthy blue-bloods, here was an openly gay, Mexican-American with a trailer-park upbringing becoming national champion at 26. He did it after years of dealing with deaths of two coaches and his brother from AIDS and of his father from a heart attack; and of dealing with self-inflicted alcohol and drug damage after his U.S. champion pairs partner, Kristi Yamaguchi, decided five years earlier to concentrate only on singles.