Miss South Dakota credits hard work, perseverance to achievements on and off the ice. 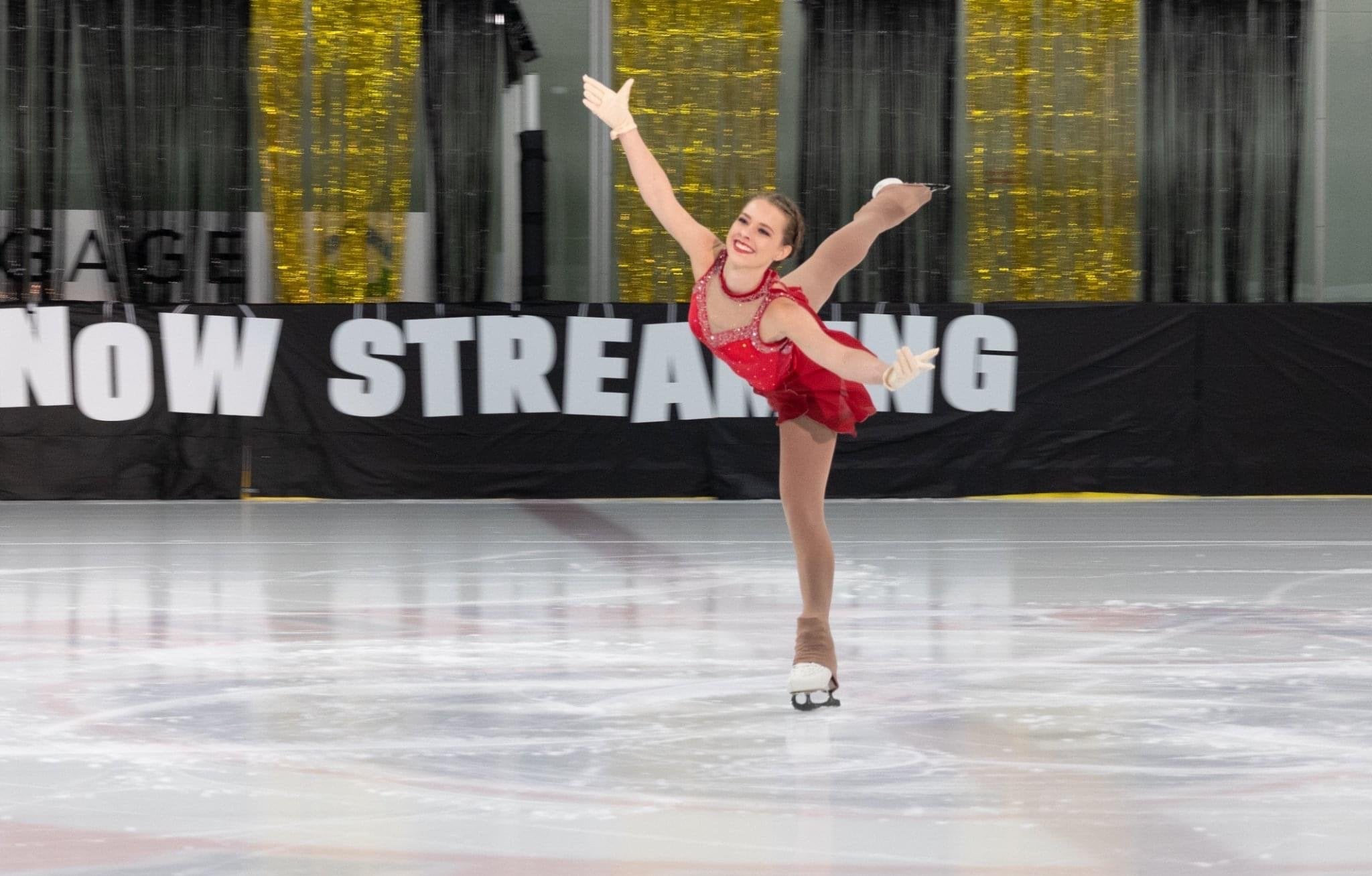 Above: Hunter Widvey effortlessly glides during a local performance.

There she is, Hunter Widvey.

In addition to becoming a U.S. Figure Skating gold medalist in moves in the field, Widvey, who represents Black Hills FSC, added another impressive bullet point to her resume: Miss South Dakota.

“You’ve got to have goals, right?” Widvey laughed, but she comes by her statement honestly.

Over the last two years, the Rapid City, South Dakota, native passed the first four U.S. Figure Skating pattern dance tests, graduated from Augustana University with majors in government and biology, and later this year, will walk the stage representing her home state in the 2023 Miss America Pageant — all while working as a clinical researcher, preparing to attend medical school at Des Moines University and working on her solo free dance tests. And while she quickly became hooked on skating after watching the Olympics at just 4 years old, pageants, she admits, didn’t stick quite as fast.

“There was another skater at the rink, and her mom was involved,” Widvey said. “She knew I could sing as my talent, and said I’d be a great fit. Honestly, I avoided the topic for a while. But when she talked to my mom about all of the opportunities and scholarships, ultimately, she talked me into it.”

Before long, Widvey was crowned Miss South Dakota Outstanding Teen, but decided to take a year off before re-entering the pageant scene in the older divisions. Similarly, it wasn’t until her school shut down in the pandemic that she returned to her hometown, and the Roosevelt Park Ice Arena, where her impressive drive caught the eye of coach Debbie Minter.

“I’d met Debbie prior to 2020 at some skating clinics,” Widvey said. “Before then, we hadn’t really had many resources for higher-level skaters at the rink. I remember seeing her there when I went back and being jealous of the skaters who got to work with her.”

“Now I’ve been Hunter’s coach for a few years,” said Minter, who holds a PSA master-rating in three skating disciplines and U.S. Figure Skating gold medals in four. “I remember seeing her and asking myself, ‘Who is that?’ Her work ethic was something I instantly took notice of.”

It’s that dedicated perseverance, Minter said, that sets Widvey apart as a skater and mentor at the small-town arena.

“She’s a fantastic role model,” Minter said. “In a relatively small town with very few skaters, we’re somewhat isolated. Hunter and a few others are easily the highest-level skaters, and they’ve kept themselves motivated, even without anyone to look up to themselves. The younger skaters really benefit from that example. She’s not afraid to have a bad day, and she always models a good attitude. You’ll never see her standing around and talking on the ice. We have so little ice time, and she really makes sure to make the most of it.”

That mentality, Widvey agreed, has played a huge part in her success, both on the ice and on the stage.

“I’m a big believer in starting early and being efficient,” she said.

Case in point, since earning her crown, Widvey plans to spend the next few months preparing for the 95th edition of the prestigious nationwide pageant (set for December 2022 at the Mohegan Sun casino in Uncasville, Connecticut) traveling for speaking engagements, practicing her interview skills, and focusing on her social impact initiative in childhood cancer awareness.

“I stay busy in the best possible way,” Widvey said, “but everything works together and uses the same tools. When you put in the work, you can take on your goals with confidence. Preparing for my senior moves test, I set a goal of skating like a senior lady, just like I practiced walking out at the pageant and owning that stage.”

“It’s funny, before, I’d tell her to walk on that stage like a senior lady,” Minter added. “Then before her moves test, I told her to skate like she’s Miss South Dakota.”

“Becoming a gold medalist and being crowned Miss South Dakota, I feel like they happened back-to-back because they go hand-in-hand,” Widvey said. “They’re both testaments to never giving up and sticking with it long enough to see your hard work pay off.”