FitSkate provides unique ways to stay fit on the ice

U.S. Figure Skating demonstrated a FitSkate class at the 2021 U.S. Adult Championships in an effort to share a new way for skaters to be active in an on-ice group class setting. 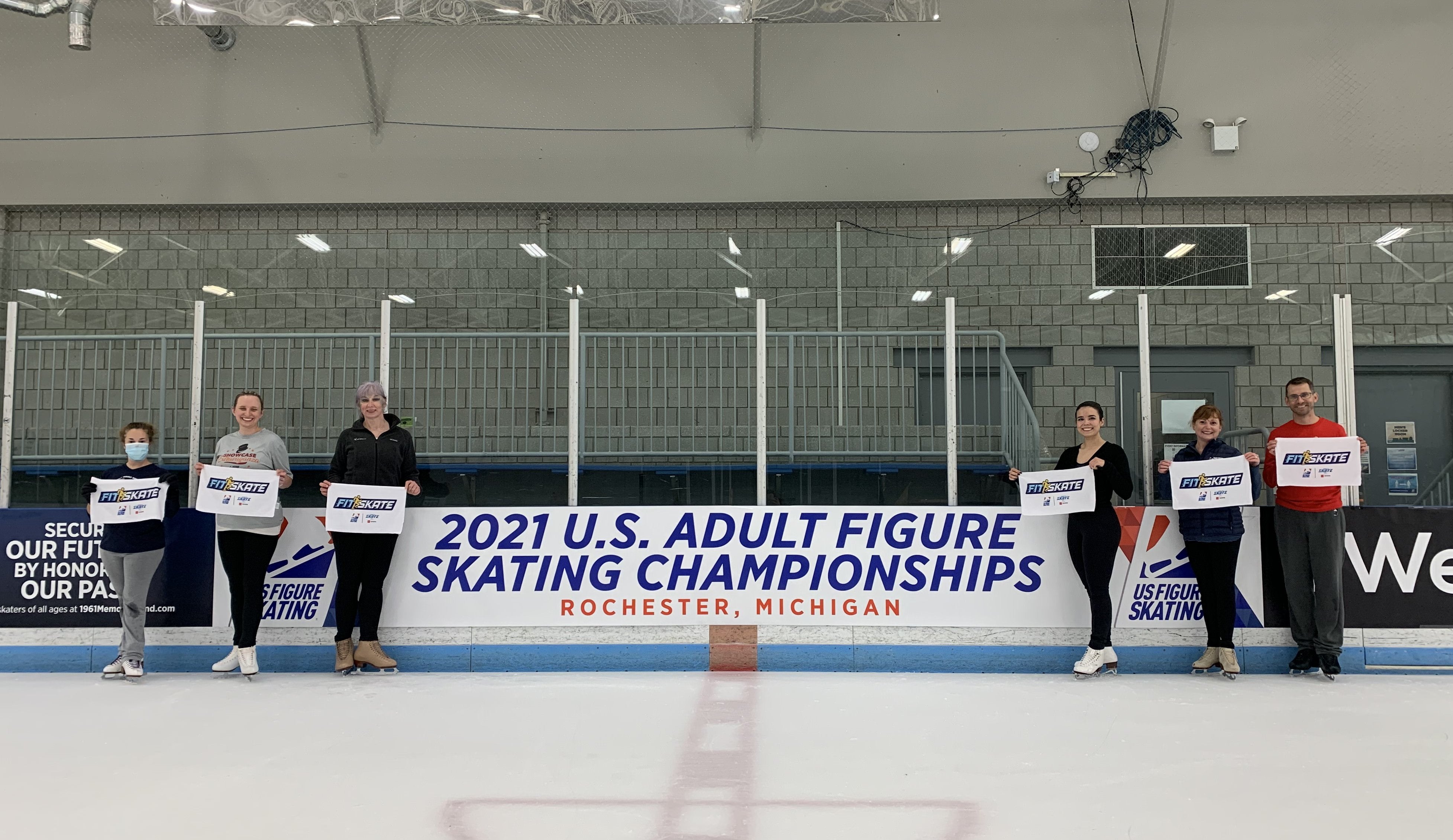 U.S. Figure Skating demonstrated a FitSkate class at the 2021 U.S. Adult Championships in an effort to share a new way for skaters to be active in an on-ice group class setting.

Geared toward adult skaters of all skill levels and ages, FitSkate is an on-ice boutique fitness program conducted in 30-, 45- or 60-minute classes. Participants enjoy a group setting, where they can work on their agility, stamina, strength and cardio through various on-ice exercises.

The goal of the demonstration was to introduce more skaters to the program, which will officially launch later this year.

“It was so nice to have skaters of all different levels on the ice working out together,” said Shelby Lyons, who ran the demo and a pilot class in Colorado Springs, Colorado. “I hope that the skaters got a good body workout and enjoyed being on the ice with friends, encouraging each other through the class.”

Skaters performed exercises, including squat dips, plank shoulder taps, and a “drinking bird” exercise that worked on leg strength. Each exercise can be performed with or without weights or a fitness band.

“I think it’s the kind of thing that everybody can do, and they can adapt it,” demo participant Barb Foley said. “I think each time you did it, you’d be able to do more.”

Twenty-six skaters participated in the demo at the Adult Championships in Rochester, Michigan, and came away with positive experiences and excitement to see the program roll out.

“I loved it! It was harder than I thought but I would definitely do it again,” participant Ann Marie Miller said. “It was more interesting than doing it on my own because you have the class atmosphere, the music and the fun, and it all relates to what I’m trying to do every day with freestyle. It keeps us in the ice rink.”

“I used to teach fitness classes, and this is more fun than that because it involves the ice. But I also think it works you, works on stroking, and helps what you’re doing with figure skating,” Jennifer Cox, who has been skating for three years, said.

FitSkate is being piloted at several clubs across the country. More information will be available later this year.