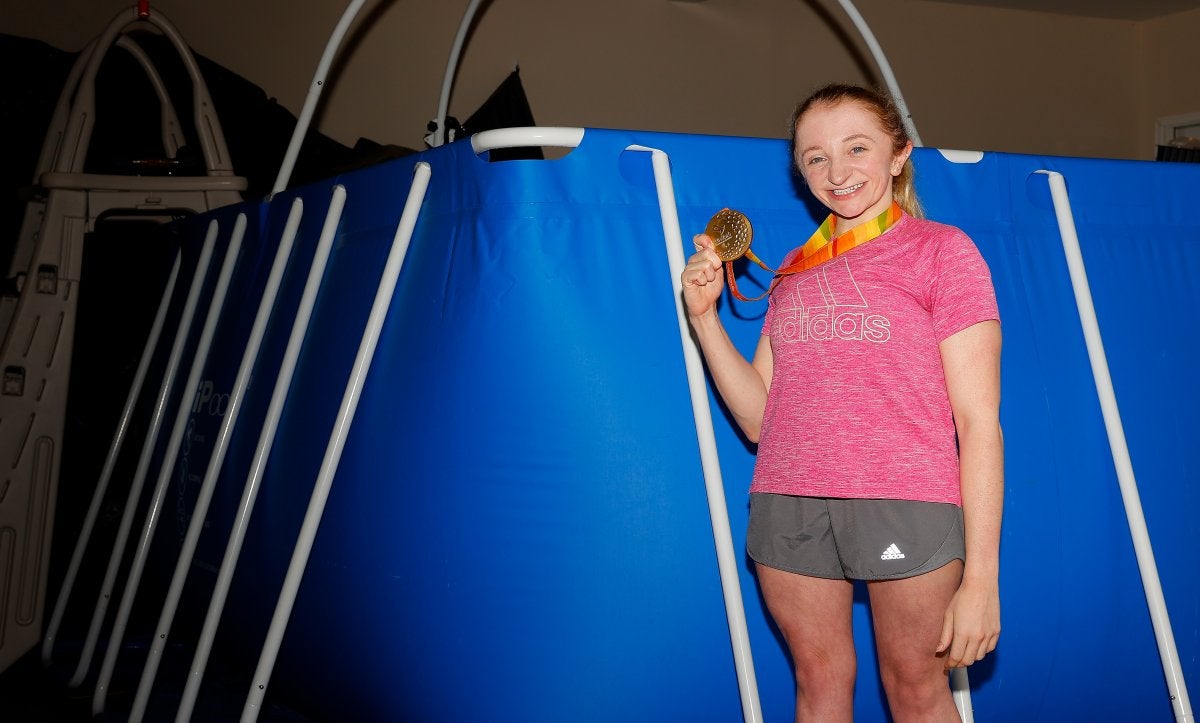 Held annually on June 23 and known worldwide as Olympic Day, the USOPC worked in partnership with the International Olympic Committee and International Paralympic Committee to recognize the day as Olympic & Paralympic Day in the United States. The day celebrates fitness, well-being, sport culture and educational opportunities, while promoting the Olympic values of excellence, friendship and respect, and the Paralympic values of determination, inspiration, courage and equality.

“This is a monumental step to see the two movements join together to celebrate the value that sport brings to the world, no matter what your sport is, what your body looks like or how you play the game,” Paralympic track and field gold medalist David Brown said. “It means the world to me to be able to share all that I have gained through sport with my community, and hopefully we inspire the next generation of Olympians and Paralympians along the way.”

The historic day will be celebrated across Team USA’s social and digital channels. Content will include a live workout on TikTok with two-time Paralympic medalist Hunter Woodhall, and an Instagram Live Q&A with Olympic hopeful Michael Norman and two-time Paralympian Jarryd Wallace. Concurrent with the newly recognized Olympic & Paralympic Day, the Team USA social handles will further celebrate the inclusion of all athletes as the U.S. Paralympics social accounts are merged into the Team USA accounts.

“The change made this year to include the Paralympic Movement is another important milestone in our ongoing efforts to elevate our Paralympic athletes and increase awareness for Paralympic sport in the U.S.," USOPC CEO Sarah Hirshland said. “Olympic & Paralympic Day joins together athletes and fans from around the world, embracing the unifying power of sport and the inclusivity that the movements bring.”

Toyota is an official partner of Team USA, the IOC and IPC, and has been supporting Olympic Day in the U.S since 2017.

“Thank you to the IOC, IPC and USOPC for their continued partnership as we collectively strive to elevate awareness of the Paralympics with the first-ever Olympic & Paralympic Day presented by Toyota,” said Ed Laukes, group vice president, Toyota Marketing, Toyota Motor North America. “We’re proud of the progress that has been made to advance the Paralympics in the U.S. and we remain passionately committed to the Movement. We’re thrilled to celebrate the day with our NGB partners, Team Toyota athletes, Toyota team members, and the U.S. Olympic and Paralympic family.”

The IOC’s social and digital accounts will celebrate the day and will include content from Olympic champion Laurie Hernandez, 13-time Paralympic champion Jessica Long and Olympian Colleen Quigley.

An initiative stemming from the IOC, the celebration was created in 1948 to commemorate the birth of the modern Olympic Games on June 23, 1894. On that day, delegates from 12 countries unanimously approved Baron Pierre de Coubertin’s proposal to revive the Olympic Games, and two years later the first modern Olympic Games were held in Athens, Greece in 1896.

Athletes and fans are encouraged to join the digital conversation on Team USA's Facebook, Twitter, Instagram and TikTok accounts, as well as TeamUSA.org. For more information on how to participate in Olympic & Paralympic Day presented by Toyota, visit TeamUSA.org/OlympicAndParalympicDay. Team USA invites all participants to join the global conversation using #OlympicParalympicDay.'