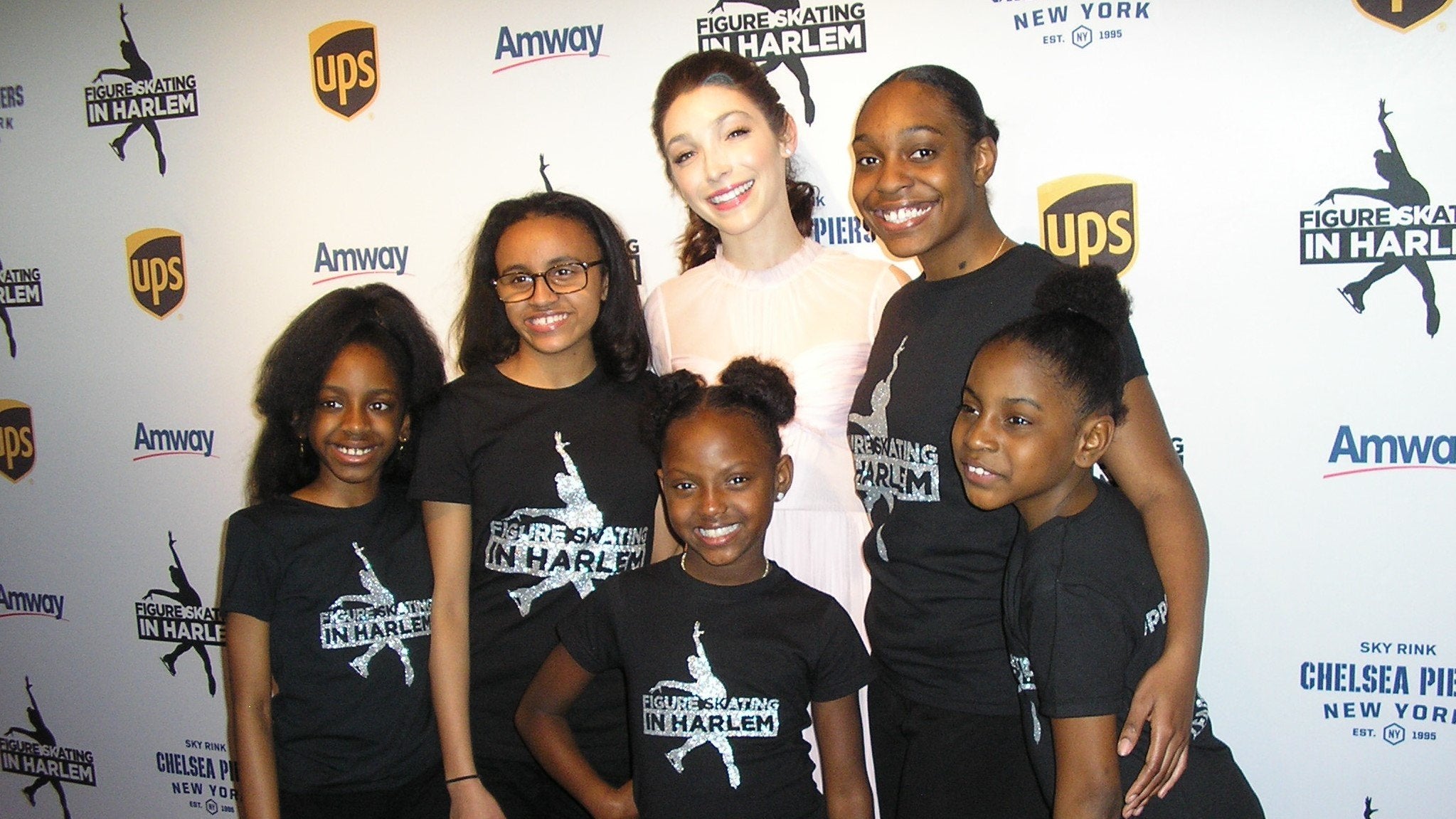 “It was mid-March when we knew we had to stop our current activities,” Cohen said. “I gave my program team a 10-day challenge. I said, ‘If we can’t meet in person, in 10 days from now you have to have an online learning platform that is the best.’”

The team created FSH Live, on which FSH participants can come together for programming on emotional resilience and support, physical health and fitness, skating history and college guidance. Using a Zoom platform, girls are online every day from around 3:30 p.m. to 6 p.m. with FSH directors running the programming. Special guests occasionally appear.

FSH started a new series called I Am, which is conversations about sport and being boldly you. Davis and Starbuck each sat for 20-minute live interviews with FSH participants. The interviews will be available for public viewing later this spring.

The virtual gala starting at 6:45 p.m. ET on Thursday will be hosted by broadcasters Andrea Joyce and Harry Smith. Honorees are FSH alumna Sherrie Smith, now a VP at Goldman Sachs; Olympian and U.S. pairs champion JoJo Starbuck; and Angela Thompson Howard and UPS, recipients of the corporate trailblazer honor.

Graduating senior Cheyenne Walker, who has been with FSH for 11 years, said the FSH Live programming has helped her through this isolating time. She received a happy birthday video and a Zoom call for her 18th birthday last month.

“When you feel really disconnected, but then you have your sisterhood there to help you feel supported, it was a really great feeling,” said Walker, who will be attending Howard University. “Having FSH for 11 years and being supported academically and socially helps you enter any space with confidence.”

Walker has had incredible experiences with FSH, such as attending the 2019 U.S. Figure Skating Championships in Detroit. She is committed to giving back to the program in the years ahead.

Ten-year-old Chelsea Ashby has been in FSH five seasons. She likes the confidence the organization has in its participants.

“They help build our skating skills, and even when we fall, they help us back up,” Ashby said. “My favorite parts of FSH are the skating and the academics.”

The annual gala is a major source of funding for FSH, so Cohen hopes people will access it (registration is free) and show their support. Davis and Yamaguchi will be interviewed by FSH participants. Adam Rippon and Bravo’s “Watch What Happens Live” host Andy Cohen will appear together. There will also be a special surprise guest opening the gala. DJ Commish is handling the music. Attendees are encouraged to dress up and share photos of themselves. There’s even a special cocktail, the Harlem Ice Skatini, which people can make to toast the event.

“It’s exciting that we are able to hold this event and still come together in celebration of and support of Figure Skating in Harlem and Figure Skating in Detroit,” Davis said. “While our lives are changing, for organizations like FSH and FSD the need is still very much there. That the community can get together in support of the organization and the girls is really beautiful and I’m excited to be a part of it. It’s going to be a fun thing and I hope a lot of people join us.”

Davis enjoys engaging with FSH and FSD participants of different ages — from the little ones to the seniors — noting that the way alumnae support the program speaks volumes about the program’s impact.

“As an Olympian, you realize, especially as you get older, that the true impact of sport and a life in sport isn’t dependent on reaching that top level of competition,” Davis said. “It’s about the camaraderie and the lessons you learn along the way. Learning to harness your own possibilities — FSH and FSD are founded upon that idea — I couldn’t be a bigger fan of the program.”

Information about registering is available here and for those age 21 or over wanting to make the Harlem Ice Skatini, click here for the recipe.