Everything You Wanted to Know About Figures

Compulsory figures are long gone, but they live on in the popular imagination. Almost any member of the public at large can come up with two expressions when they think of figure skating: “triple Axel” and “figure eight.” 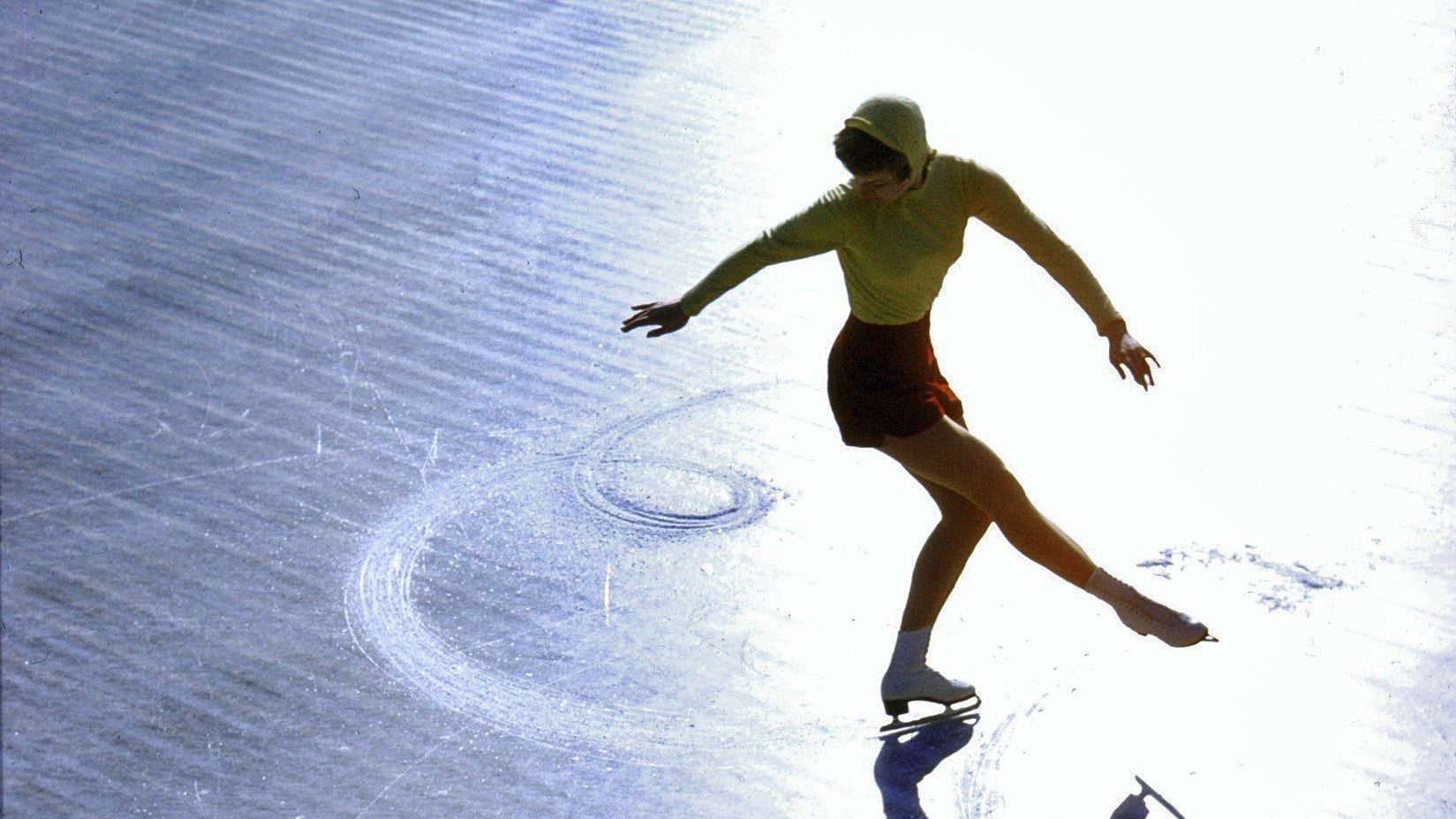 Compulsory figures are long gone, but they live on in the popular imagination. Almost any member of the public at large can come up with two expressions when they think of figure skating: “triple Axel” and “figure eight.”

Despite the layperson’s (usual) ignorance of what a figure eight might actually be, the persistence of the term is probably rooted in its long, solid history at the heart of what is called, at least in English, figure skating.

In his new book, End of the Compulsories (161 pages, self-published, 2022) James R. Hines has written a complete history of compulsory figures going back to the 18th century.

Hines has four previous books on the history of figure skating; his first book was a comprehensive history of the entire sport.

“I discovered that there were no histories of figure skating to be had, and as a historian I had the background to do it,” Hines said in a telephone interview. “The book is really two separate books, the first one dealing with compulsories. I was trying to show how they evolved and where they came from. They’ve disappeared, and rightfully so, I must say.”

Hines is a musicologist who has taught music history at Christopher Newport University in Virginia for the last 35 years. He competed as a roller skater when he was young.

“I was never very advanced, but I did the figures and the compulsory dances,” he said. “I was aware of what they were, and how you do them. I felt I could talk about them sensibly. I skated on ice very, very few times. There was no ice where I was growing up in Virginia.”

End of the Compulsories is clearly written, thoroughly researched, and filled with interesting anecdotes. Hines drew on his experience as a historian to gather a wide range of sources, sharing information from many books written in the 19th century in French and German as well as in English.

The book traces the development of prescribed movements and patterns on the ice, dating back to the 18th century. Some will still be familiar to skaters today. Others, like the Flying Mercury, the Turban, the Canadian Grapevine and the Satellite, may be new to readers.

Hines compares and contrasts the development of skating in Great Britain, France, Germany and Austria, and North America. He follows the progression of the sport toward the familiar competitive figures listed by the International Skating Union, as well as describing complicated and difficult figures that have not been performed for a century or more. We also learn about the popular “combined” figures that were skated by two, four or eight skaters at the same time.

Lovers of compulsory dances will enjoy the comprehensive look at that discipline over the years, as well. One chapter looks at the very beginnings of ice dance, including the first dance specifically created for ice skating, the German Kreistanz, or Circular Dance.

Hines includes many hilarious quotes from historical texts, such as one from George Anderson, in 1852, about a fictitious Mr. Augustus Fitznoodle: “A handsome young gentleman who rolls very finely indeed, with his foot well behind him, a yard or two at least … a demigod on the wing for heaven.”

By the late 1880s, all of the basic figures well-known in the 20th century were described and practiced. Hines notes that all of them were invented by the English, except for the loop, which was a North American invention. Hines includes a list of required elements and figures from an early competition, and describes the complicated “special figures” that were popular in North America until after World War I.

Finally, Hines covers the waning of interest in compulsory figures, which he dates to the end of World War II, accelerating through the reduction in the value of figures in 1967 and ending in the final demise of the discipline in 1990.

The book concludes with extensive appendices including diagrams of the ISU compulsory figures; a list of compulsory dances, with their inventors; and a long bibliography.

Hines says the book is available by contacting him directly at jhines@cnu.edu. The cost is $39.95, which includes shipping.