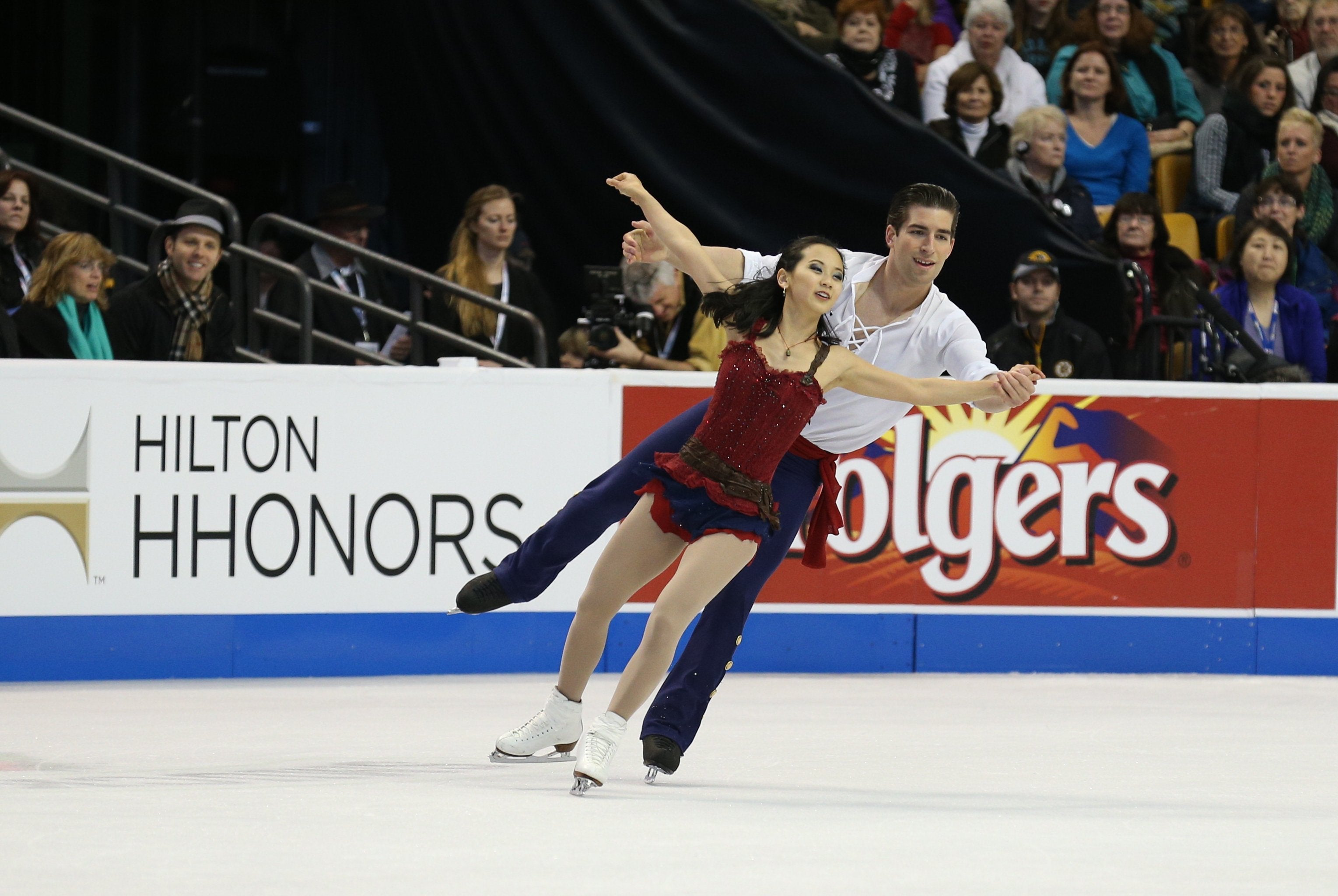 Felicia Zhang’s days look a little different now than they did seven years ago as a pairs skater at the Olympics.

“Most days I start my mornings off by studying and preparing for any upcoming exams or research papers,” Zhang, who retired from skating in 2014, said. “Then I head to the rink to coach during the afternoons. Some afternoons I leave the rink early to make it to my virtual classes, and then end the day with more studying or Zoom meetings.”

After stepping away from competitive skating, Zhang pursued her education. She earned a bachelor’s in biology (major) and psychology (minor) from Rutgers University, and is currently working toward her masters in biomedical sciences at Rutgers University-Newark while volunteering as an EMT for her local rescue squad. While her time is no longer spent on the ice training, her dedication to the sport of figure skating remains the same.

“I have been coaching students of all ages and levels, to try and give back to the sport that has given me so much,” Zhang said. “To work with so many skaters these past few years has been fulfilling and I am thankful to be able to pass along my passion for the sport to our next generation of skaters. And with all of that, I have been elected to the AAC [Athletes Advisory Committee] the past four years and, this most recent year, I was elected onto the board of directors as the pairs athlete representative.”

Zhang’s competitive career is just as impressive as her educational résumé. She earned the 2008 U.S. bronze medal as a novice lady and the 2010 U.S. junior pairs title with Taylor Toth before teaming with Nathan Bartholomay under coaches Jim Peterson and Amanda Evora in Ellenton, Florida.

With Bartholomay, Zhang is the 2014 U.S. pairs silver medalist — an accolade that earned them a trip to the 2014 Olympic Winter Games in Sochi, Russia, where they placed 12th. Zhang and Bartholomay ended their partnership five months after the Games. While Zhang then shifted her attention to her studies at the University of South Florida, the call of the ice never fully left her heart.

Figure skating has given me so much and has been such a huge part of my life,” Zhang said. “It was hard to leave it all behind after retiring. I found that through the AAC and this past year on the board of directors has helped me give back to skating more than I thought that I would be able to.

“I am able to use my experiences as an elite athlete to work with the other board of directors athlete reps, and together we work to advocate for the athletes and continue to grow our skating community. Each year that I have been on the AAC, I have learned more and more about the organization and how much goes into supporting the athletes. I am constantly inspired by the work all of the committees do for all skaters and I am honored to be able to share my voice and contribute in the process.”

Through her position, Zhang continues to push the sport forward, these days off the ice, even through a challenge as monumental as a global pandemic.

“This past year has been tough, but I believe that we have all learned so much about what we can be able to do and how to adapt to this unimaginable situation,” Zhang said. “During this difficult year, there was the formation of the DEI [Diversity Equity and Inclusion] committee as well as the AAC starting a few new programs (led by AAC Chair Rachael Flatt) that I believe have been the most impactful. Some of these ideas of the AAC included starting a mentorship group, a retirement group and a social media group. These are just some of the ideas the AAC has collaborated on and what we as a group would like to put into action. The goal with these initial projects was to start providing more supporting services to our athletes. I am involved with the mentorship group, which the idea initially began with Ashley Cain-Gribble and Timothy LeDuc. This has been an incredible group effort with the AAC and U.S. Figure Skating and to be a part of this process, working tirelessly trying to make this idea into a reality has been so inspiring and we all can’t wait to share what we have been working on.”

As for the future? Zhang would like to see the sport continue to evolve and move forward, especially in the face of rising violence and hate.

“It has been so devastating to see the drastic rise of violence toward the Asian communities,” Zhang said. “I believe that now more than ever, we have to continue to support one another. We are all here for the love of skating, and we need to continue to value that and everyone’s journey to where we are today and build a stronger foundation for the future.

“It has been hard enough during this unprecedented year, but to be able to come out of it stronger and more united is the goal. In order to do that, we have to start with the first step together. This past year with the start of the DEI committee is a huge step toward allowing the sport to continue to grow in all aspects, and I am excited to see the initiatives they have been working on.”