In Coming Out, Amber Glenn Inspires Fans Across the Globe

In late 2019, Amber Glenn publicly came out as bisexual and pansexual, and has since become an LGBTQ+ role model for a generation of figure skating fans. At the 2021 Toyota U.S. Figure Skating Championships, she also became the first out U.S. ladies’ medalist.

Learn more about how Glenn's strides have inspired her fans to be their most authentic selves. 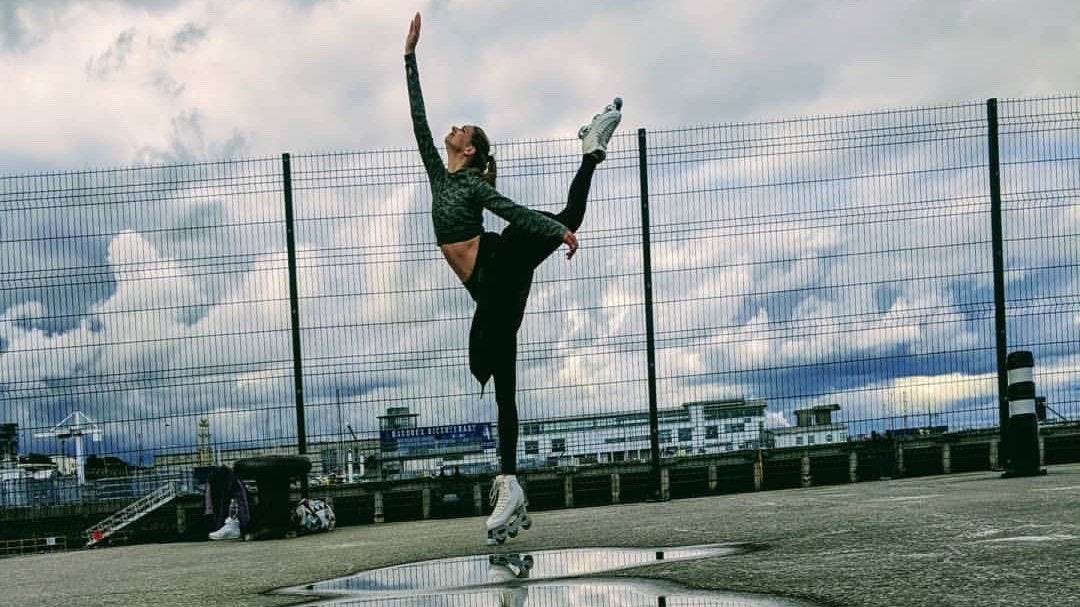 In late 2019, Amber Glenn publicly came out as bisexual and pansexual, and has since become an LGBTQ+ role model for a generation of figure skating fans. At the 2021 Toyota U.S. Figure Skating Championships, she also became the first out U.S. ladies’ medalist.

"Hearing all of these stories made me want to do better for them,” Glenn said in a 2020 Fan Zone article. “I think they're inspired by my skating and my strength for saying who I am. It was so sweet.

"I don't have it the hardest [in life], but it made me want to inspire them. It reminded me: I'm a woman in the LGBTQ community and I can be one of the top skaters in this sport. This doesn't limit me — and it shouldn't. And my message is: It won't limit you, either."

And inspire them she has.

When 30-year-old Kori Schagunn was growing up, she was an avid figure skating fan. She fell in love with the sport watching Tara Lipinski and Michelle Kwan duel at the 1998 Olympic Winter Games, and from then on all she wanted to do was skate. And that is what she did from age 8 to 19, competing in and winning the Northwest Regional Championships.

But Schagunn, who came out as a lesbian eight years ago, never saw herself represented in the sport she loved so much.

“I never saw any lesbian skaters,” Schagunn said. “I saw Ellen DeGeneres and stuff, and while I love her, I love her comedy, I was like, ‘Well, I don’t feel like I look like that. Do I have to start looking like that? Is that a thing? Do I have to wear short hair? And I can’t rock a really sick pantsuit or a dress or whatever?’ There were men [figure skaters] who came out as gay, so that was fine. But it’s different. It feels different. It didn’t translate. It didn’t carry over into the singles ladies.

It took some time, but that particular representation has finally begun to blossom. In 2018, ice dancer Karina Manta became Team USA’s first out female skater when she came out as bisexual. Glenn followed in 2019.

Across the world in Bath, England, Deanna Jones was also taking notice. The 21-year-old had grown up without any out pansexual role models.

“I think it was kind of a thing of like, ‘There’s someone else like me,’ because I know Amber goes between bi and pan,” Jones said. “I was like, I get that. It’s hard to put a label on things because there’s so much judgment aligned, and it’s like, ‘Wow, now there’s actually someone to look up to, and have this figure that I’ve never really had before.’”

Since Glenn has come out, she’s had the best results of her career. The 2014 U.S. junior champion, she placed a career-best fifth at 2020 Guaranteed Rate Skate America last October and, in January, won a silver medal at the 2021 U.S. Figure Skating Championships®, becoming the first out woman to make it onto the U.S. podium.

She’s also one of an elite group of ladies to have a triple Axel in her repertoire.

“It’s kind of validating, too, for me. I feel validated as a person, as a fellow bi/pan female. I’m kind of jealous of younger people that do have her to grow up with and look up to, because I wish I would’ve had that. I think it would’ve helped me. But it makes me really happy and kind of inspired to see her doing what she’s doing.”

Orsborn was immediately drawn to Glenn when she began following the sport at the start of the 2019-20 season because of how emotional and expressive her skating is. Orsborn, who came out to her parents in 2018, says she struggled with denial over her sexuality for a long time.

“I feel like even within the LGBT community, there’s kind of a weird ostracization of people that are bi or pan,” Orsborn said. “Most kind of assume that it’s like, ‘Oh, well, you’re not really gay if you’re in a hetero relationship.’ There’s just a lot of people with the opinion that being bi doesn’t necessarily exist, that it’s like you’re either completely hetero or completely gay, and that you can’t be somewhere in between.”

This was an issue that Jones found herself struggling with as well.

“If you did have representation, LGBTQ, it wasn’t B or T. It was more lesbian or gay,” they said. “It was never really explored more, like bisexuality or pansexual or any of the other ones. I kind of struggled with labeling myself for ages because of this. I was like, ‘Oh, I’m not seeing anyone who’s feeling the same way as me.’ No one I knew was out. It was really difficult.”

Both appreciate that, not only does Glenn represent all females in the LGBTQ community, but that she stands as specifically bi/pan representation.

“Obviously, as an adult now, it’s still important for me, but I think it’s even more important and special for younger skaters who are questioning things,” Jones said. “Before this, they would’ve just seen straight women in the sport, but now they’re like, ‘Oh, I don’t have to do this. I can be me and still achieve these goals, still go to nationals and these kinds of things. I’m not confined to be stuck in a sexuality that I don’t agree with so I can achieve in the sport.’”

Schagunn, who is now working as a coach in Dublin, has recently seen a colleague at her rink come out, as well as a student in her Learn to Skate class.

“She figured out that I was gay, and she definitely relaxed,” Schagunn said. “And I think, because she was struggling with her sexuality, seeing me — and she has told me this — seeing me be ‘successful’ in the sport and coaching and having fun, that she felt OK to come out too. And then she did. And that was quite moving, to be a part of somebody else’s coming out journey, especially in figure skating, where you don’t see it.”

But having even one out female skater helps enormously, she says, and means only good things for the future of diversity within the sport.

“It means there is more acceptance within the sport, and more room for females in the sport,” Schagunn said. “Females of color, females who identify as anything other than straight, whatever. That the governing body of U.S. Figure Skating recognizes that someone that is not a straight, white woman can succeed in the sport. It means that a lot of girls who are struggling with their sexuality can kind of relax and know that it doesn’t matter, that they can just focus on their skating and let the skating speak for itself.

“Who you love off the ice should make no difference in how you’re judged, or what competitions you get to do. That you don’t quit the sport because you don’t feel that you fit in. That there is a place for you.”