Hosting a prospective skaters day is not unusual for many intercollegiate figure skating clubs. However, when life changed last year and COVID restrictions were put in place, the Figure Skating Club of the University of Wisconsin-Madison knew it would have to get creative with its recruiting. 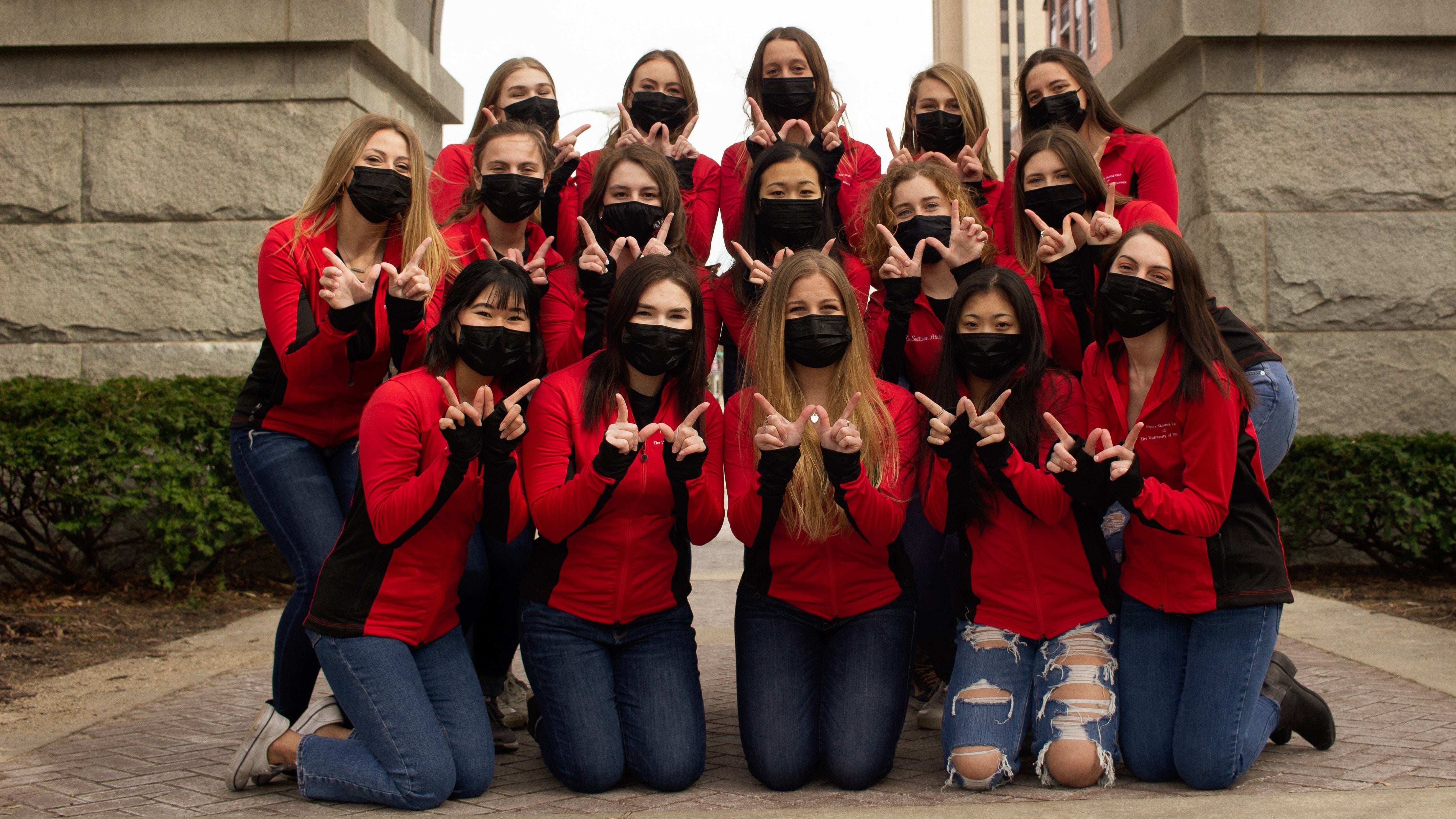 Hosting a prospective skaters day is not unusual for many intercollegiate figure skating clubs. The Figure Skating Club of the University of Wisconsin-Madison hosted one for many years. However, when life changed last year and COVID restrictions were put in place, the club knew it would have to get creative with its recruiting.

“We had hosted the prospective skaters day for many years, long before I was ever a college student,” FSC of UW President Bobbi Burgess said. “Formerly called recruitment day, we traditionally held an in-person meeting on the UW-Madison campus to talk and present our club, then invited skaters to an on-ice practice session with our team.”

It also provided a lunch buffet and goodie bag to take home for a small registration fee.

“We typically had around 5 to 10 interested skaters and parents come to join us each year,” Burgess said.

This year, the club had to switch to a virtual format.

“We held a Zoom meeting where we had a presentation to high school skaters and their families. Then we opened it up to questions from the skaters,” Burgess said.

Burgess had all club members attend, and the meeting times were split into two dates to better accommodate the availability of the skaters.

“This year we had five to 10 skaters attend, some as far away as Colorado,” Burgess said. “Although they couldn’t come to see the beautiful UW-Madison campus in person or join us on ice, our attendance was definitely boosted thanks to the virtual format.”

Burgess is proud of  the club and all it has to offer incoming students who happen to love skating.

FSC of UW was formed in 1999 by a group of 20 students from the University of Wisconsin.

“It was developed as a club sport under the Recreational Sports program [now Recreation and Wellbeing department],” Burgess said. “It is an entirely student-run organization — finances, recruitment, membership, paperwork, on- and off-ice practices, fundraising and competition details all organized and implemented by students.”

The club initially had a collegiate and open collegiate synchronized skating team and an individual intercollegiate team.

“However, due to high costs and low interest, the synchro team was disbanded in 2018. We currently have only an intercollegiate team and operate under RecWell while competing three times a year,” Burgess said.

The club skates at the Shell, an on-campus rink located in the Camp Randall Sports Center, directed by RecWell.

Skaters must be a member of U.S. Figure Skating, enrolled in at least one UW-Madison course and paying recreational sports fees. They must also be following U.S. Figure Skating rules and regulations and maintain a cumulative GPA of 2.5

“We do not have any paid coaches, rather we have three Wisconsin skating alumni who live locally and volunteer their time at practices and competitions,” Burgess said. “We appreciate them so much. Each semester we have about 25 club members, mostly undergraduate students. Our club and practices are open to any UW-Madison students as long as they are enrolled in credits. Skaters need no prior experience to join the club. We just ask that they own skates.”

All club members with a U.S. Figure Skating membership are eligible to compete with their intercollegiate team.

“There are typically three competitions per year, all within the Midwest,” Burgess said. “Skaters can compete at all levels, from high beginner to senior showcase in the free skate. There is also a short program juvenile plus, dance pre-bronze to international and team maneuvers. No one is required to compete, but they are highly encouraged to.”

Burgess hopes its unique recruitment this year brings many new members. In addition, the club is planning lots of fun programs, including a RecWell Club Sports Fair, a guest coach skating clinic, local exhibitions, competitions and a return to a live prospective skaters day.

“I think that growing up for many, skating was a major part of our childhood,” Burgess said. “Most incoming freshmen on the team have skated for 10-plus years. So, giving it up after graduating high school isn’t always what some want. But, on the other hand, it allows various options to just stay on the ice and practice or remain competitive. It is a great way to meet people on campus, make friends and gain leadership opportunities. Additionally, a lot of skaters like that it’s a fun workout where they can come and hang out twice a week.”