Coaches Allye Ritt and Tamara Sharp spend much of their day teaching skaters. Their students, however, also inspired these two coaches to both write young adult novels about the young competitive world of figure skating. 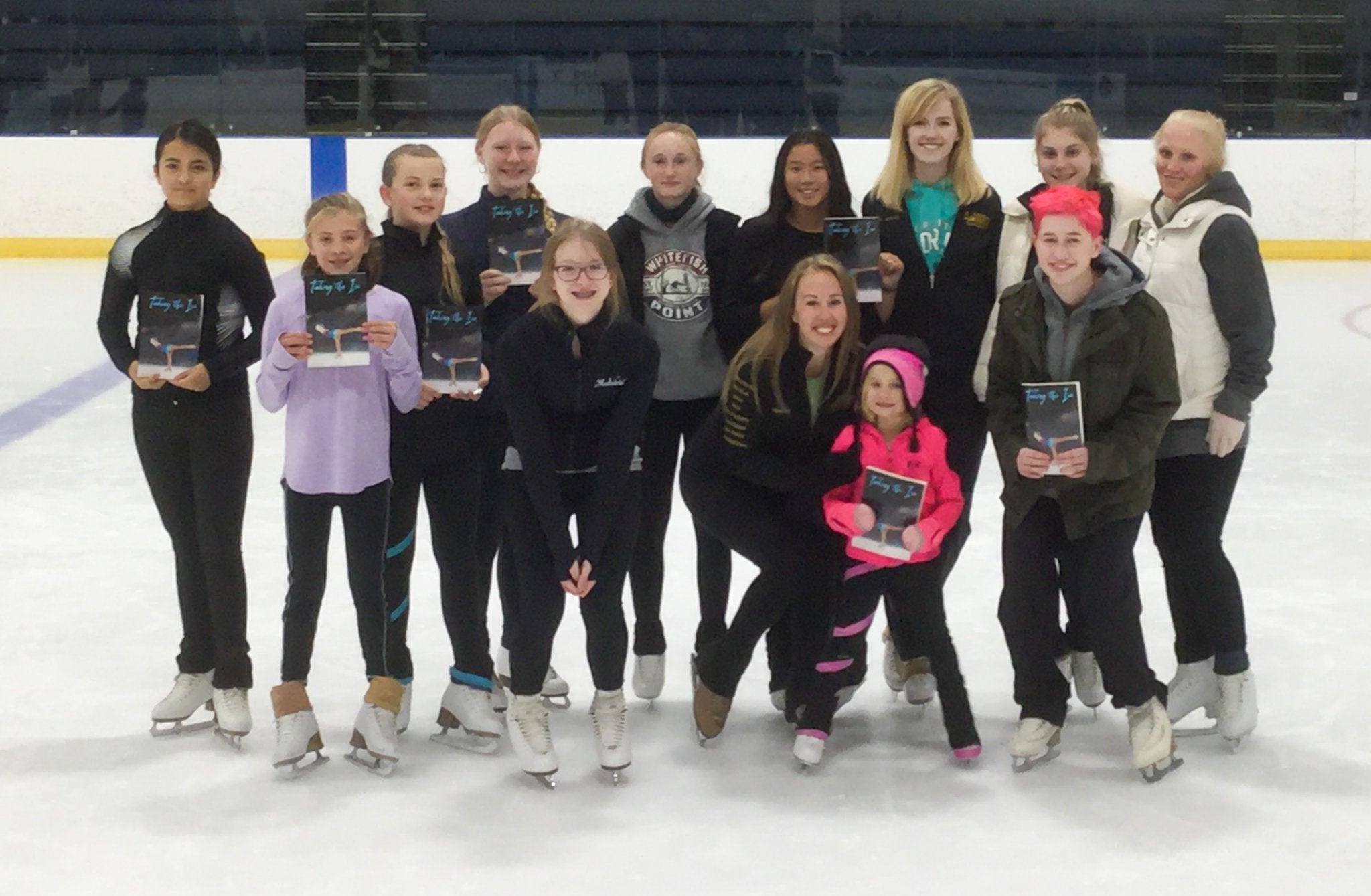 Coaches Allye Ritt and Tamara Sharp spend much of their day teaching skaters from Learn to Skate through adults, hoping to inspire them to be the best they can be on the ice.

Their students, however, also inspired these two coaches to do something a little beyond the ordinary. Both wrote young adult novels about the young competitive world of figure skating.

“She struggles with insecurities of being a naïve teenager while pursuing her dream of competing at the U.S. Championships,” Sharp said. “It’s a coming-of-age story.”

Ritt’s main character Khalli has fallen in love with the sport and cannot get enough.

“Through Khalli, readers learn the value of hard work, but also get a glimpse of the sacrifices that she needs to make as she struggles to balance skating with school and friends,” Ritt said.

Sharp, who sacrificed in her personal life and trained for 11 years, drew on much of her experience as a competitive skater growing up when putting together her book.

“In case you were wondering, it was all most definitely worth it,” Sharp said.

“This book allowed me the opportunity to combine them,” Sharp said. “Additionally, many figure skaters tend to be out of the popular loop at school because their free time is spent at the rink, and I wanted them to know they are far from alone.”

For Ritt, the idea for her book actually came from her skating students.

“Many of my skaters would bring books to the rink to read between sessions or while waiting for rides home,” Ritt said. “I couldn’t help but notice that the books were never skating related, and I thought it would be valuable if my skaters could connect with and learn from a main character in the skating world. My primary aim in this book was to express through Khalli what dedication, hard work and passion often look like in the skating world, as well as in general.”

Sharp hopes her book will inspire her skaters.

"I hope this book will inspire girls everywhere to go for their dreams, whether in the sport of figure skating or something else which they are driven to achieve. And if you are actively skating, it’s always fun to read a story about someone else who is, too,” Sharp said.

After their first skating books, can a sequel be far behind?

Ritt is working on Taking the Ice: Skate Like No One’s Watching to be released in early 2021.

“I love writing about figure skating because it provides me with another avenue to be immersed in the sport,” Ritt said. “I was diagnosed with rheumatoid arthritis 19 years ago, and even though I manage it well, sometimes the disease creates painful barriers that make it difficult to do what I love. When I write, I feel just as in the moment with the sport as I do when I’m on the ice.”

Sharp received several requests for a sequel to Breaking Through Ice and is planning one.

Sharp’s book’s message is a simple one.

“Always go for your dreams. Don’t give up, and you don’t have to win the biggest prize to be a winner in life,” Sharp said.

For Ritt, it’s a message of perseverance.

“Perseverance and hard work pay off,” Ritt said. “The more time and effort you put in, the more results you’ll get out. This applies to skating, school, careers or anything you pursue in life.”

Now both coaches can proudly add another title to their names: author.